Hola Free VPN does not work in China. It doesn't encrypt your connections or use any form of obfuscation, meaning Hola can't bypass the Great Firewall or unblock censored websites. Furthermore, Hola VPN is simply unsafe to use. It logs your internet activity and leaks your IP address. 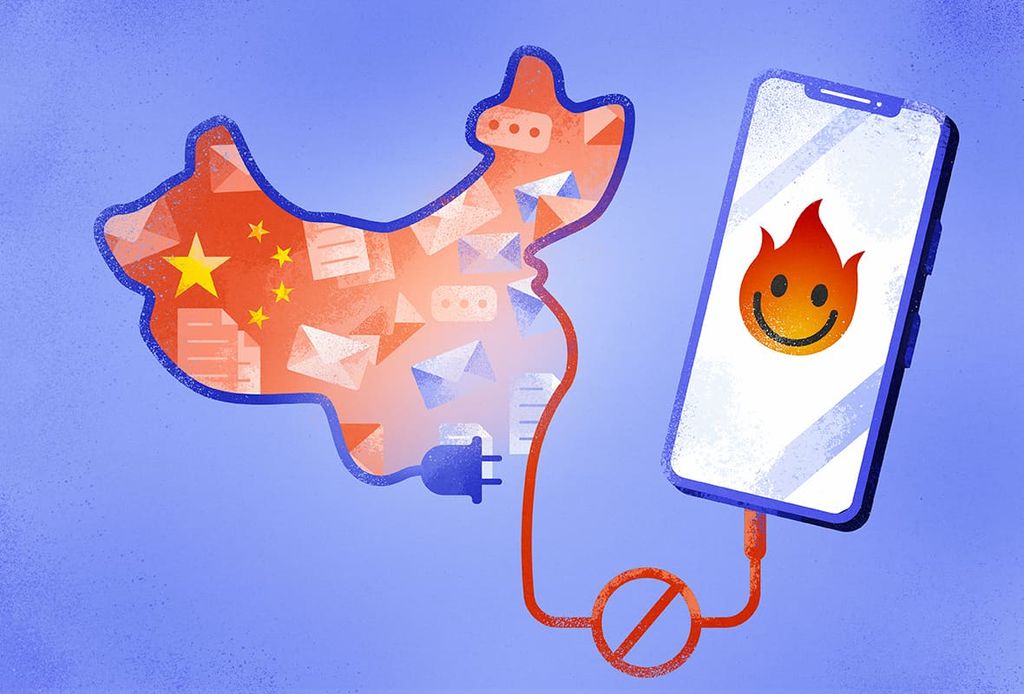 The Chinese government uses a collection of measures to control, monitor and censor its citizens’ internet use. These measures are commonly referred to as the Great Firewall of China.

The Great Firewall uses techniques ranging from simple IP-based blocks on popular websites like Facebook, Twitter, and Google, to more complex strategies such as deep packet inspection (DPI) to detect and ban the use of VPN servers.

Consequently, as of June 2022, only the strongest VPN services are capable of working reliably to give citizens and travelers access to the free, global internet in China.

Despite being a very popular VPN service, Hola Free VPN is not one of them. In fact, it’s one of the worst VPNs we’ve ever tested, and using it is not safe.

In this guide, we’ll explain why Hola Free VPN doesn’t work in China and what you should do instead.

See the best VPNs that work reliably in China

When we attempted to open Hola’s Windows program, this is the error message we were repeatedly shown:

We test VPNs from this server weekly, and only a few are able to overcome Chinese state censorship.

When the application does manage to run, Hola doesn’t work in China because it simply hasn’t got the tools to circumvent the Great Firewall. A VPN needs extremely secure encryption and advanced security measures like obfuscation in order to beat the Chinese government’s censors.

Hola doesn’t encrypt your data, it offers no obfuscation technology, and it leaks your IP address.

This is largely due to the fact that Hola Free VPN isn’t a real VPN. It’s a proxy service.

Here’s a more detailed look at Hola’s Free ‘VPN’ and the reasons why it doesn’t work in China.

Hola Free VPN isn’t actually a proper VPN. It’s a peer-to-peer proxy network that throws the IP address of every user into a communal pool. You’re then randomly assigned one of these IP addresses to route your connection through.

Unlike most VPN providers, Hola isn’t letting you connect to its own VPN servers. Instead, you’re using other peoples’ internet connections as proxy servers. You browse the internet from their location and unblock online content that is available in their geographic region. In return, you let other people use your IP address for their activity.

Because Hola VPN is more like a proxy server than a full VPN, it’ll only reroute traffic from within the browser. While a proper VPN protects everything you do on your device, Hola Free VPN only hides your IP address for browser-based activity. Anything done on an external application, like an email app or torrenting client, is not protected.

Read our complete guide to learn more about the differences between VPNs and proxy servers.

2It Doesn’t Encrypt Your Data

The very least you need for a VPN service to work in China is traffic encryption. But, unsurprisingly, Hola Free VPN uses no encryption whatsoever.

Instead of securing your data with a safe cipher like AES, Hola simply routes your connection through a network of ‘peers’ in order to hide your IP address and spoof your location.

Not only is this a danger to your privacy and security, it also leaves your online activity visible to surveillance systems like the Great Firewall of China.

With a clear view of the websites you’re visiting, the censors are able to easily block your connection. Just as they would with other non-VPN traffic.

Often, even unbreakable encryption isn’t enough to bypass the Great Firewall of China. VPNs also need to use obfuscation technology in order to hide from deep packet inspection (DPI).

Obfuscation camouflages VPN traffic so that it becomes indistinguishable from regular HTTPS traffic. This prevents the Chinese censors from being able to use DPI to identify VPN-like behavior in your connection and then blocking it.

Hola Free VPN does not use any form of obfuscation and so is useless for bypassing censorship in China.

Hola doesn’t offer any other essential security features, like a VPN kill switch or leak protection, either.

Our latest round of tests found that Hola VPN leaks your true IP address through WebRTC leaks. This is particularly worrying in a place like China, where using a VPN is illegal and punishable with a fine of up to $2,200.

EXPERT TIP: The Great Firewall can also block VPN use by blacklisting the IP addresses of VPN servers. A VPN (or proxy service) needs to have a large server network in order to work reliably in China. Hola’s server network is unreliable and always changing. It depends entirely on how many ‘peers’ are connected at the time of use, and where they’re located.

Is Hola VPN Safe to Use?

An emphatic no. Not only is Hola VPN completely unable to bypass censorship in China – it’s also unsafe to use in general. Like many free VPNs, it’s more dangerous than not using a VPN at all.

Hola is dangerous because it doesn’t encrypt your data or protect your IP address. Once you connect to the network, anyone can start using your IP address for their online activity. This could include illegal behavior, which may put you at risk of prosecution.

In September 2021, Hola VPN’s Chrome extension was also removed from the Chrome Web Store after being labeled as malware.

As for your own activity, Hola will sometimes hide your IP address from the websites you’re visiting. However, we’ve seen the service leak WebRTC repeatedly, which websites can use to see your true IP address and true identity.

It also retains the right to disclose your personal information to other ‘trusted third party service providers or partners’, which means it will probably sell your information on to advertisers for profit.

The use of idle resources is another privacy concern. When you connect to the service, you agree to let Hola issue out your personal WiFi or cellular data to peers using the paid version. It does this even when it detects your device isn’t in use.

Many security experts have expressed concerns about Hola’s security vulnerabilities. One even described it as a ‘poorly secured botnet’ because of the way it sells access to its users’ connections.

These factors make using Hola Free VPN substantially more dangerous than not using a VPN at all. Despite the high ratings on the app stores, Hola is one of the worst ‘VPNs’ you can use. You should avoid it at all costs.

Why Do You Need a VPN in China?

China is well known for being a high-surveillance, highly-censored state where the government monitors and controls what people do online.

The Great Firewall is one of the most advanced surveillance and censorship systems in the world. As such, many of the online services people elsewhere in the world take for granted every day, such as Google and Facebook, are blocked for visitors and residents alike.

A good-quality VPN encrypts your traffic requests and re-routes them through a remote VPN server. This prevents ISPs, governments, and other onlookers from being able to see what you’re doing online.

A VPN is therefore an essential asset for people in China. Using a trustworthy service that is known to beat the Great Firewall will enable you to:

Which Free VPNs Do Work in China?

The only safe free VPN that currently works reliably in China is Windscribe Free. It offers multiple obfuscation protocols, uses strong AES-256 encryption, and has a trustworthy logging policy. Its server network could be bigger, but it’s as good as you’re going to get from a free VPN.

We don’t generally recommend using free VPNs, but Windscribe is one exception that we can confidently endorse after putting it through our extensive testing process. It does come with two significant drawbacks, however:

You’ll encounter a number of free VPNs that claim to work in China, but be aware that most of these are Chinese-owned and/or run by the state. They will most likely leave your activities exposed to the authorities, and it’s highly unlikely that you’ll be able to access censored material with them either.

If you’re just visiting China for a short time, your best option is to take advantage of ExpressVPN’s 30-day risk-free money-back guarantee. It’s by far the best VPN to use in China and you can use it completely free of charge for up to a month.