VPNhub is a free VPN service that lets you stream the US Netflix library on your smartphone from anywhere in the world. It delivers fairly quick speeds and has an unlimited data allowance. VPNhub doesn’t work with any non-US Netflix regions, though. 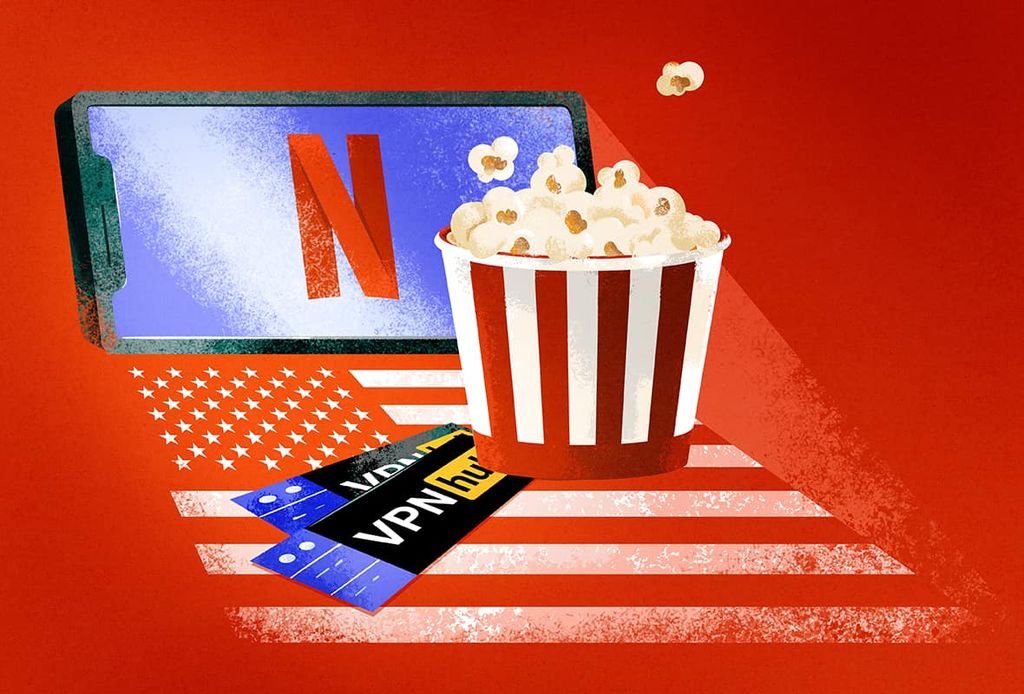 This is very impressive for a free VPN app, given that even premium VPNs can struggle to successfully change your Netflix region and stream ‘hidden’ videos from abroad.

Unlike most free VPNs, VPNhub doesn’t enforce a data cap, either. You can watch as many US Netflix movies and TV shows as you like, wherever you are in the world.

The main drawback is that VPNhub only offers servers in the US, so you can’t use it to unblock exclusive streaming content from other countries. That said, the American library is one of the biggest there is, so you won’t be short of things to watch.

In this guide, we cover how to set up VPNhub to watch Netflix and assess in greater detail whether VPNhub is a good VPN for streaming.

NOTE: If you’re already using VPNhub and are coming across the Netflix M711-5059 streaming error, then try one of these solutions instead.

How to Use VPNhub to Watch Netflix US

Setting up VPNhub to stream the Netflix US library could not be easier. You don’t need any technical knowledge or experience.

Here’s how to unblock Netflix with VPNhub Free:

EXPERT TIP: VPNhub won’t let you watch Netflix for free. You still have to purchase a subscription, even if you’re using a VPN.

Is VPNHub Good for Netflix? 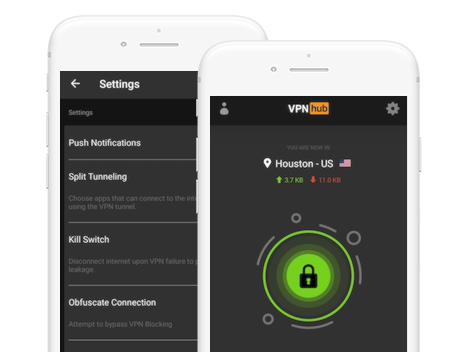 VPNhub is good for watching unlimited American Netflix content on your phone from anywhere in the world – but there are much better Netflix VPNs available. We don’t recommend using VPNhub for much else beyond streaming, either.

Here’s an overview of the pros and cons of using VPNhub for Netflix:

In the rest of this section, we’ll take a more detailed look at what makes VPNhub good and bad for streaming Netflix.

If you’re just trying to bypass geo-restrictions without paying, you may prefer to check out our recommended free VPNs for Netflix instead.

VPNhub delivers impressively fast speeds for a free VPN. When we connected to the US-based server from our London headquarters, we measured download speeds of 52Mbps. That’s a loss of just 27% from our baseline 70Mbps.

All VPNs cause your internet speeds to slow a little, but VPNhub’s connection speeds are among the quickest we’ve seen from a free VPN. We were able to easily stream video in HD quality with minimal buffering.

For reference, here are the speeds Netflix recommends, alongside the minimum bandwidth you’ll need when using VPNhub:

Most free VPNs cap the amount of data you can consume each month. For example, our top-rated free VPN, Windscribe limits you to 10GB a month. That works out as just three hours of HD streaming.

With VPNhub Free, you can watch as much US Netflix content as you want.

Mobile VPNs still use cellular data, so be aware that your phone contract’s data allowance will be used up faster than usual if you’re using VPNhub to watch Netflix on your phone. For best results, we recommend connecting to your home WiFi network when streaming.

Offers Only One Server Location The best VPNs have servers in as many as 94 different countries, whereas VPNhub Free offers just one server location: the US.

This is great if you need to get an American IP address while outside the US, and it’ll let you unblock one of the biggest Netflix libraries, but it makes VPNhub fairly useless for streaming if you’re already based in the US.

If you use VPNhub in the US you won’t be able to watch any other Netflix catalogs, such as Netflix UK or Netflix Japan.

Small server networks tend to be easier for Netflix to block, too. This is because there are simply fewer IP addresses for the censors to identify and blacklist.

NOTE: VPNhub Free claims to have over 500 servers in the US. In our tests we were connected to a good selection of city-level locations from all across the country. These included Seattle, New York and Atlanta.

Only Available on Mobile

VPNhub Free is a mobile-only VPN service, so you’ll need to find another solution if you’re trying to unblock Netflix on desktop or smart TV. (Here are our top-rated Netflix VPNs for 2021)

The VPN’s quick speeds and unlimited data cap make it a good option for watching TV shows and movies on your Android, iPhone or any other smartphone. However, be aware that streaming Netflix with a VPN can consume as much as 4GB of data an hour. If you’re paying roaming charges, it could end up costing you quite a lot.

There are ways to minimize VPN data usage, but you won’t be able to prevent it altogether.

NOTE: VPNhub also offers a paid version of its app, which is compatible with Windows, MacOS, Amazon Fire TV, and Android TV devices.

When we review a VPN’s streaming ability, it’s a good sign if the company’s website openly endorses Netflix usage. This could be in the form of a troubleshooting guide that helps users overcome streaming issues or just a statement of how many Netflix libraries the VPN can unblock.

Whatever form it takes, it demonstrates a commitment to staying ahead of Netflix’s blockers – which are always finding new ways to identify and ban VPN services.

While the service currently works with Netflix US, we’re not confident this will always be the case given there is little evidence that VPNhub is committed to actively supporting streamers.

Does VPNhub Work with Other Streaming Services?

Because VPNhub Free doesn’t provide any servers outside the US, you can’t use it to watch any non-US-based streaming services. It can’t unblock BBC iPlayer, for example.

However, our tests show that VPNhub does work with Disney+, but only if you download the app via a Google Play or Apple App Store account registered in the US. You can find out exactly how to do this in our guide to unblocking Disney+.

For the best streaming experience, here are the top five streaming VPNs

VPNhub is a reasonably good VPN for Netflix, but it’s severely limited by being US-only and mobile-only. There are simply better options available.

If you’re willing to pay a little, then the absolute best Netflix VPN you can use is ExpressVPN. If you’re set on using a free VPN, then Windscribe Free is an excellent option.

Here’s how they compare with VPNhub: