We Need Better Rules to Tackle Cyberviolence Against Women

Women, as well as men, have benefited hugely from the internet and new technologies that have afforded power, visibility, and access to opportunities - but they are also at risk in the digital world. 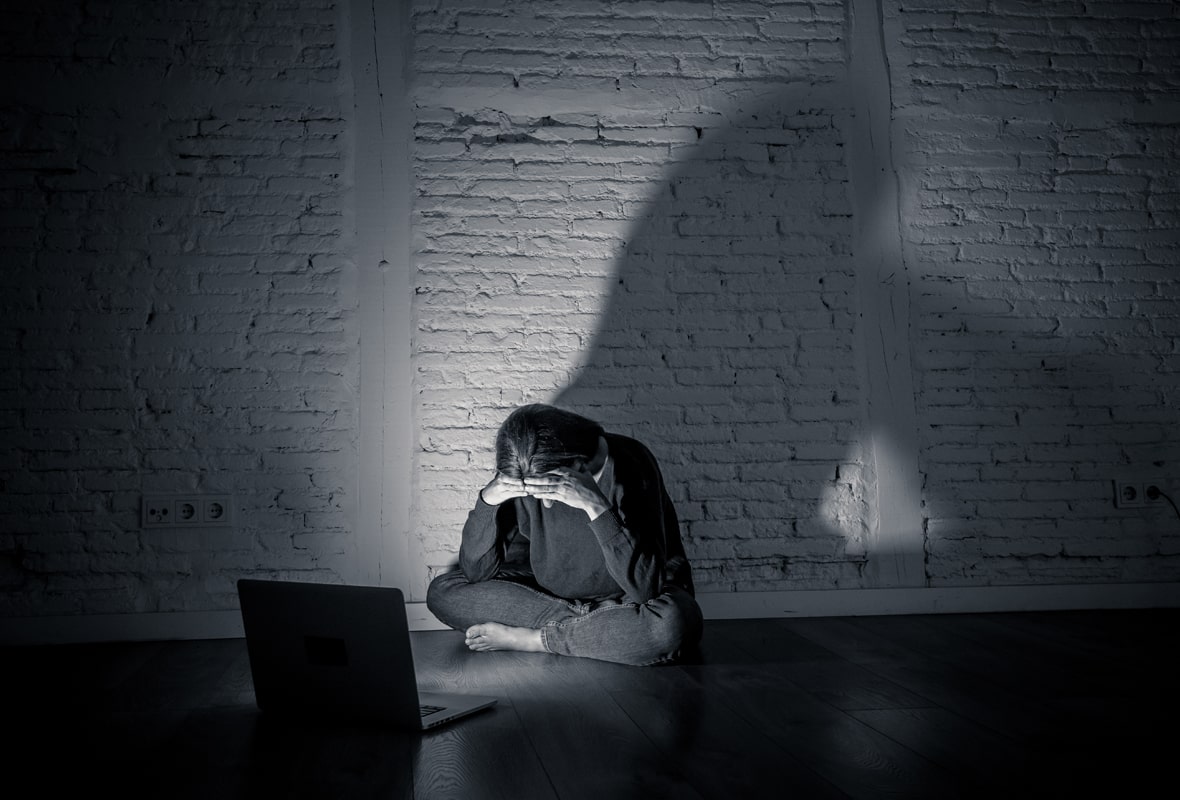 Illegal hate speech online targeting gender identity is, to this day, equivalent to 3.1% of reports to internet platforms.

Efforts by governments and service providers to stem such content have not been very successful.

No set definition of cyber violence

Part of the problem lies in defining “cyber violence.” The United Nations, the Council of Europe and the European Union institutions all recognize the phenomenon to some extent, but there are no commonly accepted definitions of the various forms of violence targeting women online.

Although the European Commission explicitly includes “cyber violence and harassment using new technologies” in its definition of gender-based violence, the phenomenon has not been captured in any of the European Union’s legal texts.

The Council of Europe Istanbul Convention defines “stalking” as “repeatedly engaging in threatening conduct directed at another person, causing her or him to fear for her or his safety”.

“Sexual harassment” is defined as “any form of unwanted verbal, non-verbal or physical conduct of a sexual nature with the purpose or effect of violating the dignity of a person, in particular when creating an intimidating, hostile, degrading, humiliating or offensive environment.”

The online channels where hate speech and abuse can occur are also wide and varied, including the big social media sites such as Facebook, Twitter, Instagram and LinkedIn, but also web content and discussion sites and forums (e.g. Reddit, 4chan); messaging services (e.g. Whatsapp, Snapchat, WeChat, Skype); blogs; dating websites and apps (e.g. Tinder, Happn); chat rooms of online video games; and comment sections of media and newspapers – some of the most unpleasant abuse suffered by this journalist was in the comments section below articles I’d written.

Renata Avila, Executive Director at Fundación Ciudadanía Inteligente – Smart Citizen Foundation, and author of “Women, Whistleblowing, Wikileaks” has also suffered online attacks. “There is a form of intimidation against political opinion and participation of women in Guatemala,” she explained. “There’s a guy who is blocked from Twitter, Rodrigo Polo – if you are a visible woman and you publish an opinion he disagrees with, he will publish your profile in detail, including full name and your tax numbers and any other data he can find online.”

“In actively trying to undermine your reputation, the scary thing is, that he creates these ‘lists’ in collaboration with the veterans of the Army. The same Army was found responsible for “disappearing” 30,000 people during the [Guatemalan civil] war. Those members who have a Twitter account will retweet the profiles. They started monitoring me after the national newspaper did a profile of my work, before that, they barely noticed me. The strategy is basically to silence any visible woman who is not [in the] alt-right,” explained Avila.

The International Center for Research on Women notes that while technology-facilitated gender-based violence occurs worldwide, the prevalence of online harassment and abuse, varied widely from roughly 33% of respondents in studies from Kenya and South Africa, to 40% of adults in the United States.

In some countries, as alluded to by Avila, some of the technology is backed by authorities. In Saudi Arabia, for example, the Absher app was designed by the Saudi interior ministry to allow Saudi men to track their wives and daughters, as well as those of their employees.

The app notifies male “guardians” when their “charges” enter or leave the country, something women in that country need legal permission from their guardians to do. It’s obvious how such an app can facilitate abuse, and yet both Apple and Google are carrying it in their app stores despite widespread media attention and human rights outcry. It would appear that women cannot rely on tech companies to voluntarily defend their rights.

This is a stark example of what the global rights NGO Access Now calls “gendered surveillance.”

The rise of tech-enabled gender harassment

Indeed, the technology behind the so-called Internet of Things has opened the door to a disturbing new form of attack known as “smart abuse.” Perpetrators use web-connected devices such as security equipment, smart thermostats, remote locks and smart speakers to harass and intimidate women inside their own homes. Geo-tracking devices are also easily used to facilitate stalking.

40% of women in the U.S. have experienced online harassment

In one example, a woman in the US found herself in the headlines when an abusive ex stalked her inside her own home: “In the middle of the night, I’m awoken, and my dogs are awoken, by this blaring music over the audio system. You have lights flickering on and off, TVs going on and off,” she said.

In another case a former partner controlled temperatures “so it would be hot one minute and freezing the next.” “It was a nightmare and because the partner was the one that set up the system, he was the only one who knew the password to stop it,” explained Paulette Senior, president and CEO of the Canadian Women’s Foundation.

These cases show the practical impacts of tech-facilitated cyber violence, yet the narrative that is often pushed is that cyber violence does not equate to “real” violence.

Coding Rights, a Brazil­-based women-­run organization that aims to “advance the enforcement of human rights in the digital world”, published a report identifying three pervasive narratives that exacerbate online gender-based violence. First is the “trivialization” of online violence – the theory that because this form of violence is limited to online communication, it is not “real”. Yet the fallout for the victim can be all too real, ranging from “self-censorship in social networks to suicide.”

Narrative number two is classic victim blaming, so she will not feel entitled to complain.

Finally, “a third discourse tends to minimize the severity of psychological violence.”

Coding Rights says these three tactics work to blind authorities to the problem. The result is that victims have reduced access to justice, while law enforcement and criminal justice officials often lack awareness of the severity of the crimes.

Without appropriate recognition of the scale and acuteness of these issues, internet platforms also lack sufficient standards for policing such gender-violent content, nor is there a change to the prevailing business model for online services that is based on collecting massive amounts of personal data – data that is exploited by online attackers.

From their contact information to photos and other sensitive details, women’s personal data is at the core of much online harassment, and so privacy is an essential tool in protecting the victims of harassment.

Complicating the issue though, is that anonymity can amplify perpetrators’ actions. The FEMM study noted that “the absence of identification is often perceived as an absence of rules and accountability. Anonymity reduces inhibitions.”

As Access Now states, privacy is “an enabler for the freedom of expression, and key to building the trust of vulnerable and marginalised individuals and communities when they come online. But, fighting for stronger privacy protections alone will not be enough to address the harms of surveillance.”

The FEMM study also identified wider societal causes, including gender stereotypes and the normalization of violence against women media, that lead to victim-blaming and ignorance of victims’ perspective in cyber violence and hate speech online. Gender inequality in the tech sector was also linked to gender biases built into platforms and algorithms that ended up creating “toxic technocultures where anonymity, mob mentality and the permanence of harmful data online lead to women being constantly re-victimised.”

More can certainly be done on a legal level to hold perpetrators accountable, while new regulations are needed for tech companies to take responsibility for their role in policing abusive behavior and in supporting victims. These changes could be the necessary step for society to evolve current thinking and acknowledge the real impact of “online abuse” and its damaging offline consequences.