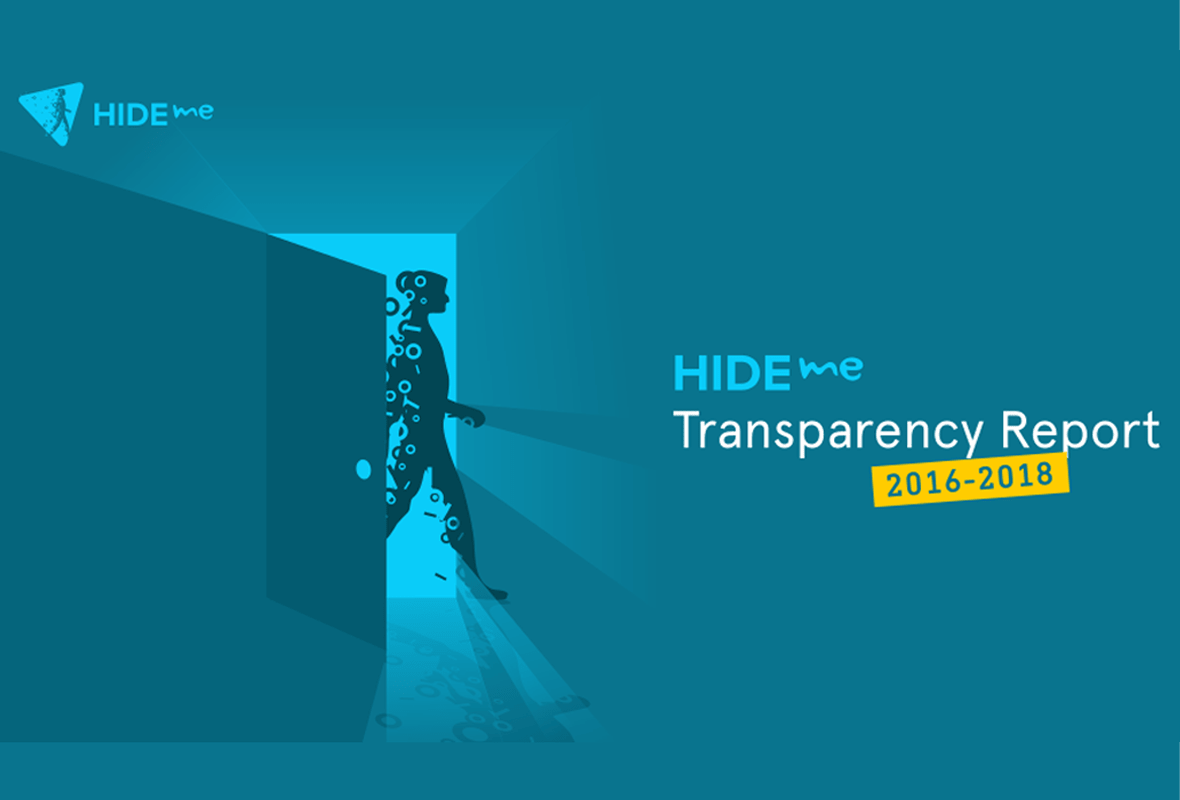 On Tuesday 18 June Hide.me published a blog post announcing it had released its annual transparency report for 2018. This is available to view on its website and contains information from as far back as 2013, one year after the company was established.

In the transparency report, Hide.me addresses three different types of data requests – these are then broken down by year and quarter. The first, simply called ‘Illegal Activities’, covers the VPN being used for anything illegal, including botnets, DDoS attacks, and scams or spam of any sort.

In 2018, Hide.me received a total of 536 requests relating to illegal activities coming from a Hide.me VPN IP address – this is compared to 113 received in 2016 and 215 in 2017. It’s also an increase of almost 1700% from the 30 requests Hide.me received in 2013. It states that although it does “reply and act on every request,” as it is a zero-logs VPN, it does not have any user data “to present when requested.”

The next section covers the Digital Millennium Copyright Act (DMCA), usually pertaining to Hide.me VPN being used for the sharing, torrenting or streaming of copyrighted materials. Interestingly, 2018 saw the lowest number of requests Hide.me has received since 2014 – down to 34,327 compared to 57,496 in 2017 and 66,044 in 2016. Again, this is a huge increase compared to 2013 when Hide.me received just 163 requests.

The final section of the transparency report shows the number of law enforcement and police requests Hide.me receives every year. In 2018, Hide.me only received one request, down from 3 in 2017 and 13 in 2016 (the year it received the highest number of requests).

In this section, it reminds its VPN users once more that even though it does respond to all of these requests, it’s impossible for it to hand over any sort of personal information to authorities.

Hide.me makes it clear in this transparency report that it does not condone using its service for any sorts of criminal acts or illegal activities, and anyone doing so is in direct violation of its Terms of Service.

Hide.me also states that it believes VPN transparency reports are necessary in order to improve trust from the wider community, as providing this sort of information helps users build a rapport and proves that it has nothing to hide.

If you have any questions about Hide.me’s transparency report, you can contact its support team via 24/7 live chat on the website or reach out on social media.