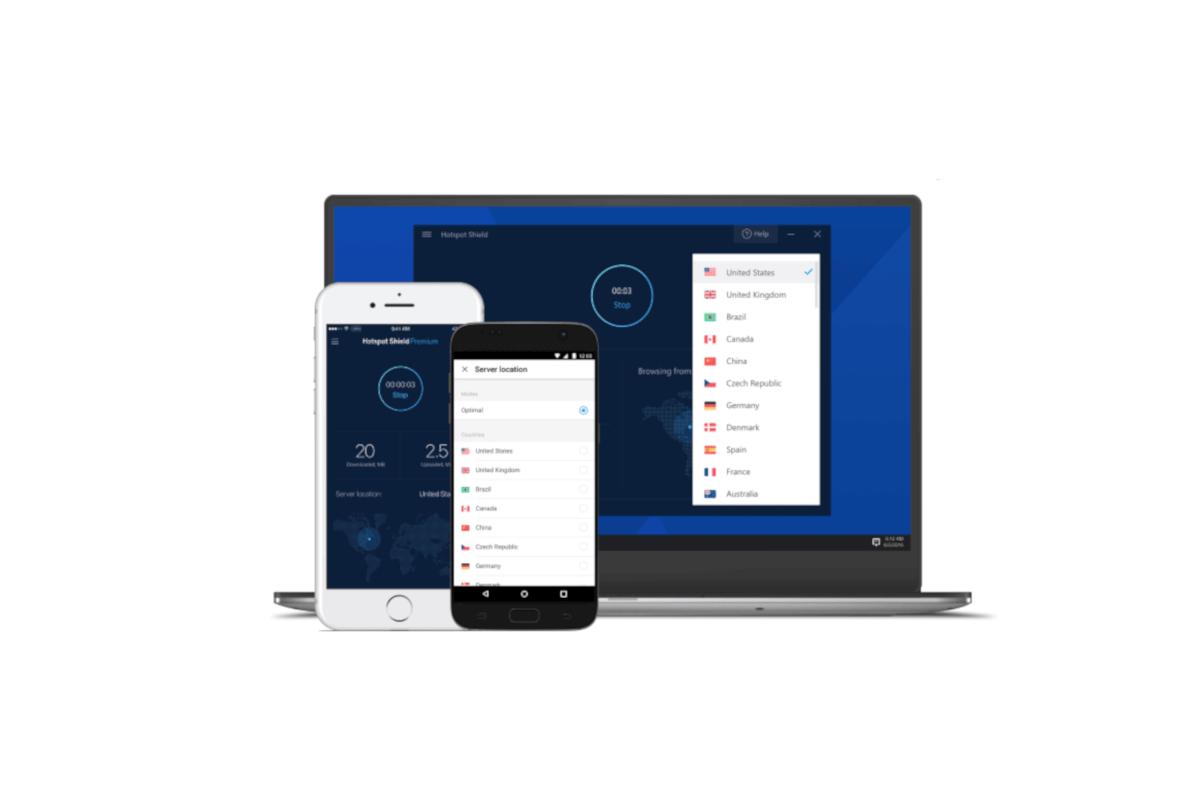 On April 30 2019 Hotspot Shield launched an update which introduced more than 70 new server locations, including 26 city-level servers in the US, to its custom app for Windows.

In an affiliate email to Top10VPN.com, the Hotspot Shield team announced the addition of the new server locations: “We have some new, exciting product updates that will empower users around the world.”

The recently added locations, 61 of which were already available to users of the iOS and Android apps, bring the Windows app’s total server coverage from 29 countries to 73, across six continents.

Windows users can also choose between 26 city locations in the US, allowing those in North America to connect to local servers for optimal performance. They can access these locations by clicking the arrow symbol next to ‘United States’ in the app’s server locations list. New locations added include New York, Los Angeles, and Dallas.

Before the update, the majority of location options were concentrated in Western Europe and North America, but there are now many locations scattered around South America, North Africa, and Asia-Pacific.

Some standout locations that are not often covered by VPN providers are Algeria, the Bahamas, Kyrgyzstan, and Peru. All of the most popular VPN server locations are still available to users including Australia, Germany, Singapore, and the UK.

A representative from Hotspot Shield’s live chat support confirmed that there were other small changes to the app including “some bug fixes” and “tweaked UI [user interface] layouts”.

The 8.2.0. update was initially released yesterday, but some users may not have access to it until later today. Hotspot Shield’s representative said that rolling out the new version to all users takes time due to the company’s “full userbase.”

Coinciding with the update release, Hotspot Shield has also altered its pricing plans. Previously, customers could get the VPN for $2.99 per month if they committed to a two-year plan, but now it requires a three-year commitment to unlock the same 76% discount.