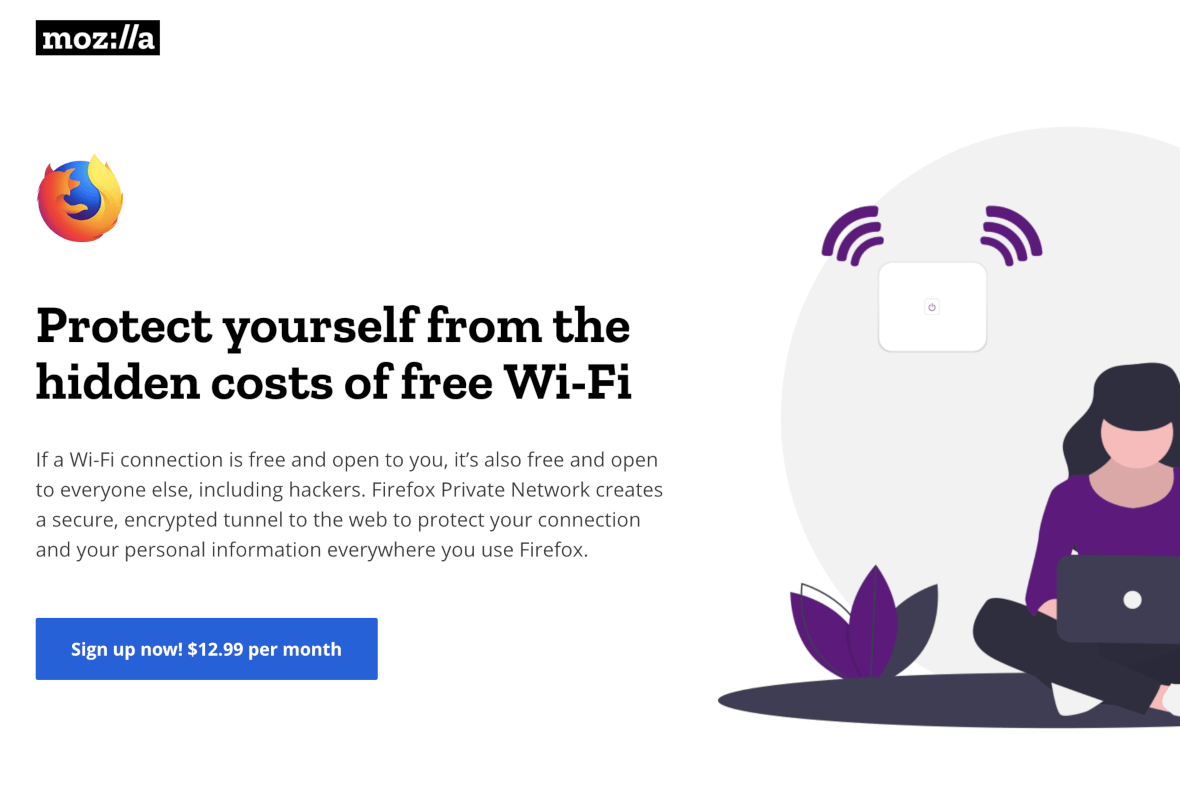 In June, we reported on the prospect of a Mozilla Firefox browser with an integrated VPN. While unconfirmed at the time, a hidden page recently discovered on the Mozilla website provides further evidence that the company is planning just that, with a release set for around three months’ time.

This echoes the comments made by Mozilla CEO Chris Beard when first hinting towards the project and its necessity for online security: “We can tell if you’re on a public WiFi network and want to do online banking and say, ‘Wow, you really should use VPN.’”

Mozilla is calling its answer to this security concern ‘Firefox Private Network’, a premium service that “creates a secure, encrypted tunnel to the web to protect your connection and your personal information everywhere you use Firefox.”

This will be an optional premium subscription service currently being advertised as $12.99 per month. If you click the button to purchase the feature, it informs you that the product is not yet available and asks you to complete a survey and sign up for notifications. Signing up for notifications of its availability then informs you that it could be up to three months before you receive an email, providing an estimate of the release schedule of this new privacy-friendly browser.

Mozilla is also teasing an ad-free news subscription service currently priced at $5 per month as it looks to diversify its monetization.

Mozilla has collaborated with ProtonVPN in the past and promoted privacy-friendly web surfing, but Firefox Private Network is being developed entirely by Mozilla.

We reached out to Mozilla for further details about whether its VPN feature will be working in cooperation with third-party established providers or wholly in-house, but are yet to receive a reply.