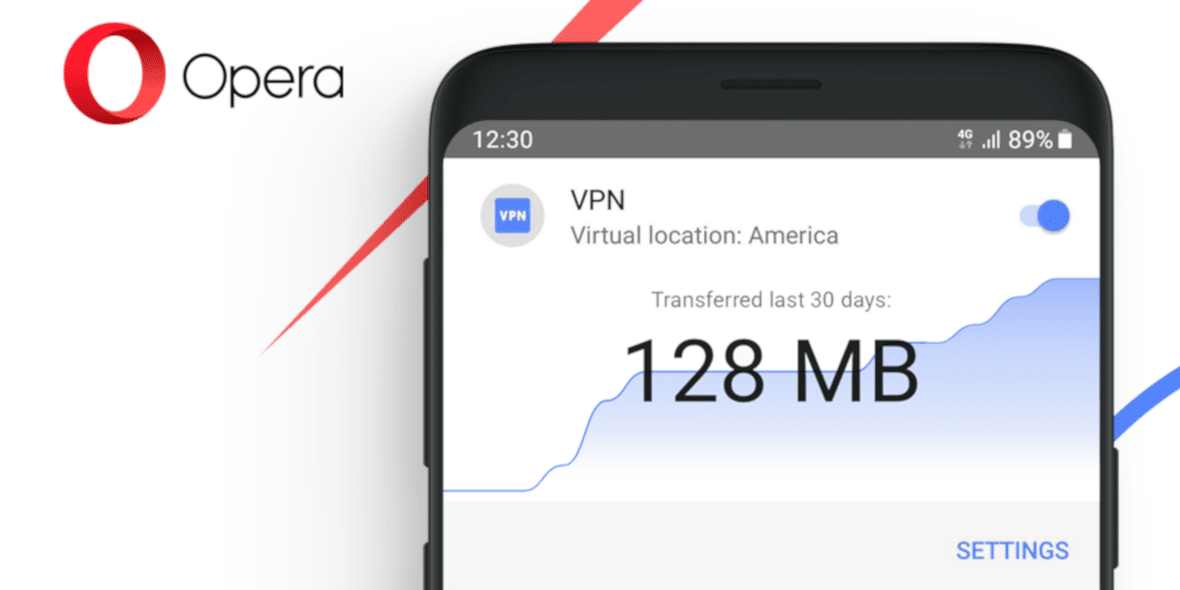 In early February 2019, Opera announced that it had begun beta testing for a new built-in VPN service for Android devices. Today it will be rolled out to the public on the Google Play Store, according to a blog post on the Opera website.

“With the addition of the built-in VPN to our mobile browser, we are giving you enhanced control of your online privacy and improved security when browsing the web,” wrote Stefan Stjernelund on the Opera blog today.

Opera previously launched a free standalone VPN app for Android and iOS in 2016, but VPN provider SurfEasy acquired the technology in April 2018. The Opera desktop browser’s built-in VPN service has been in place since 2016.

Unlike Opera’s previous mobile VPNs, the new browser doesn’t require users to download additional apps or add-ons; the VPN is enabled within the browser settings.

Users simply toggle the VPN on and off, and it automatically connects to the ‘Optimal’ server location, or they can choose the location for themselves.

The free and unlimited VPN service creates an encrypted connection between a user’s mobile device and a remote VPN server, using 256-bit encryption. It hides the user’s true IP address and replaces it with another to prevent third parties from tracking their behavior online.

“The fact is that users are exposed when they connect to public Wi-Fi without a VPN,” said senior vice president of Opera Browser for Android Peter Wallman in a press release.

“By enabling Opera’s browser VPN service, users make it very difficult for third parties to steal pieces of their information and can avoid being tracked. Users no longer need to question if or how they can protect their personal information in these situations.”

According to Opera, the new addition is a “no-log service”. Opera’s privacy policy states: “When you use our built-in VPN service, we do not log any information related to your browsing activity and originating network address.”

The new version of Opera for Android also includes support for crypto-pairing, which allows users to securely access their mobile-based Crypto Wallet in Opera for Android on their computer. The release will take place gradually per region.

“We want to make VPN adoption easy and user-friendly, especially for those who want to feel more secure on the Web but are not aware of how to do it. This is a free solution for them that works,” said Wallman.