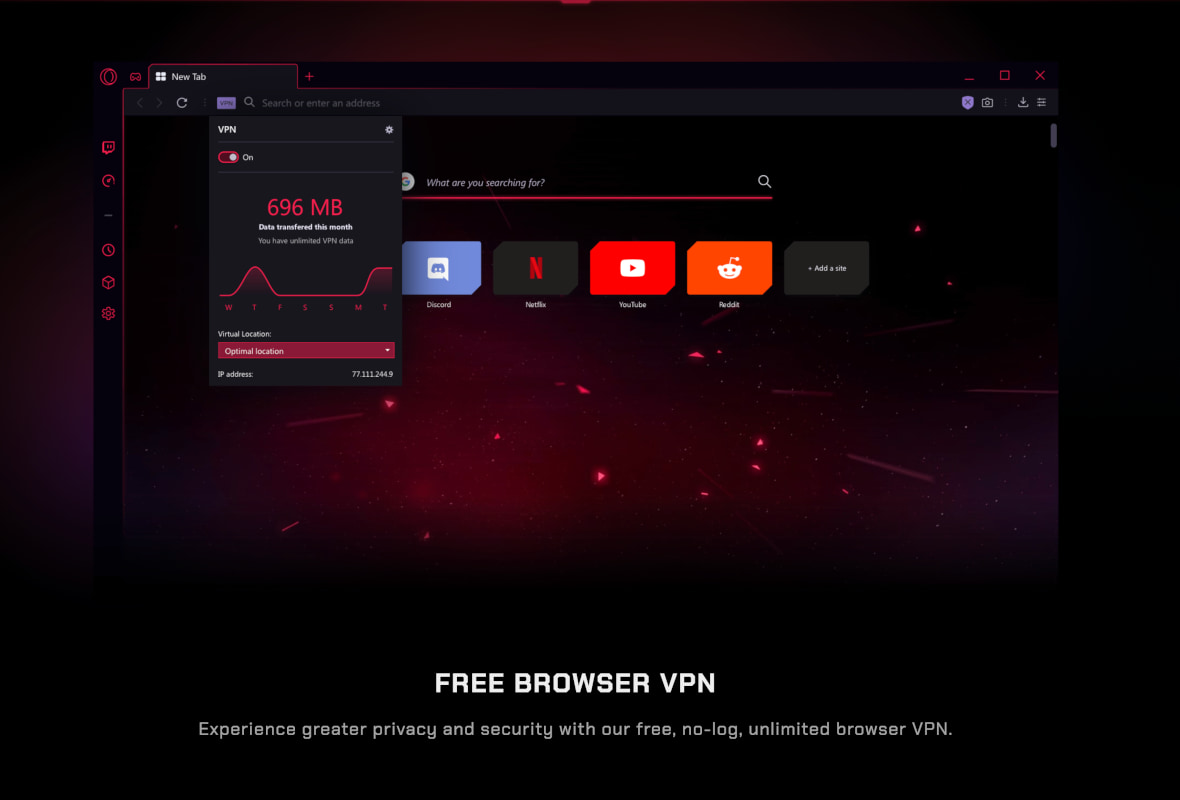 Opera has released a version of its web browser with a built-in VPN customized to suit the needs of gamers.

Opera describes its VPN as a “free, no-log, unlimited browser VPN.” It looks to be an extension easily accessed through a simple on/off switch with a drop-down menu featuring server locations, including the most ‘Optimal location’. Opera says the inclusion of a VPN will allow the user to “experience greater privacy and security.”

A VPN has great appeal to gamers. Not only does it provide extra security and privacy, it also allows the user to bypass content geo-restrictions. Video games, similar to streaming, are often beholden to geo-restrictions of content, censorship or even outright bans in certain locations.

It may also be the case that you pay less for a certain video game in a particular country, or that some video games are released in certain locations earlier than others. A VPN gives the user greater freedom.

Opera announced its early access launch for the browser yesterday morning. As a browser aimed at gamers, the idea is to provide a way to navigate the web while leaving resources available for games or streaming applications that may be running simultaneously.

There are other benefits to gamers for this new browser, including a panel that lets you set limits on CPU and Ram usage. There is also Twitch integration, meaning users can log into their Twitch accounts via the browser’s sidebar.

Like the regular Opera browser, it will also continue to feature supported integrated services such as WhatsApp, Facebook Messenger, VK, and Telegram.

There will also be GX Corner in which you can: “Stay-up-to-date with the best deals, the newest releases, and breaking gaming news all in one easily accessible place.” Not to mention that OperaGX will also come with a built-in ad blocker, customizable neon-lighting, colors and themes, alongside gaming-inspired sound effects which can be toggled on and off.

This news comes very soon after the revelation that competitor Mozilla Firefox also intends to add an in-built VPN to its browser, helping to make VPN use a commonplace practice when searching the web. OperaGX is available to download and install now.