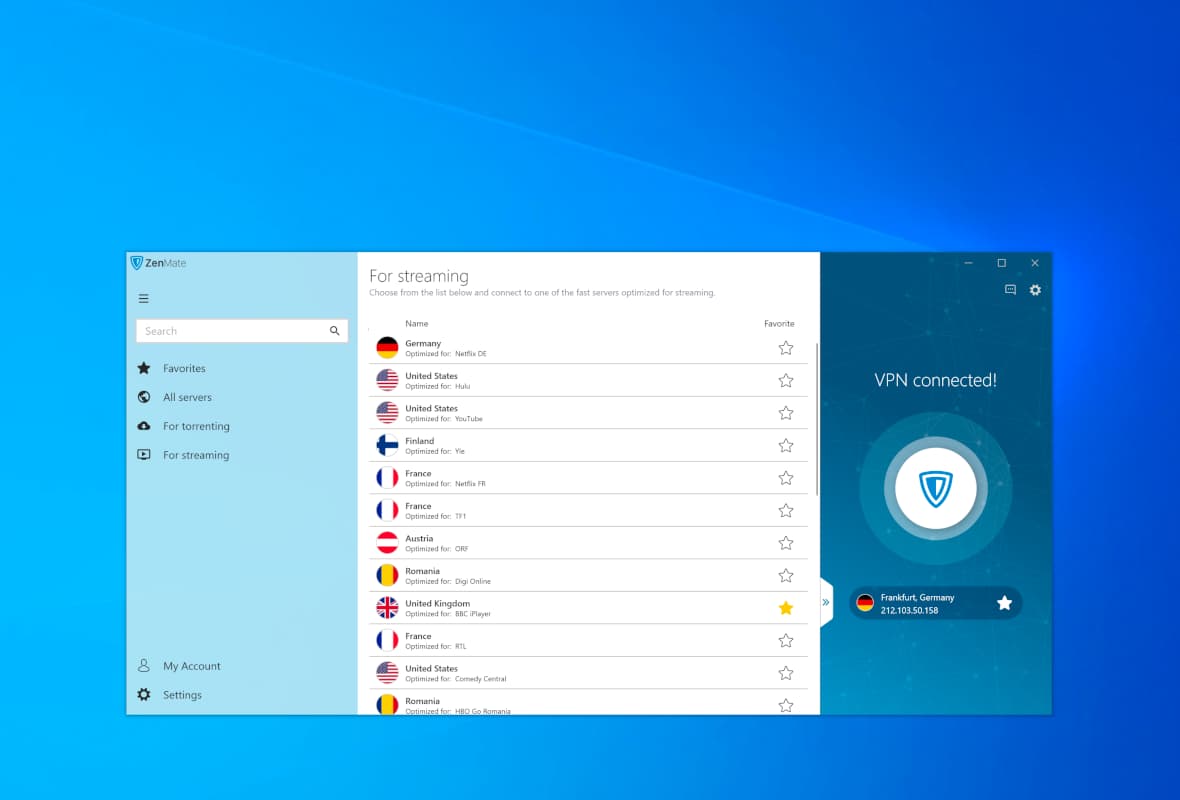 VPN provider ZenMate has launched an updated version of its app. Going by the name Zenmate 5, a press release from the company announced “server security improvements, and one-click connect to ensure easy to use, powerful privacy protection.”

With an emphasis on added security, ZenMate claims that “an upgraded hardware infrastructure” now powers its VPN. Security protocols, such as Open VPN, will also be available as an option within the app itself and no longer require manual configuration.

Alongside an ambition to improve security, the VPN provider is striving for greater simplicity so that, “any user, no matter their technical skills, can stay protected and become invisible online.”

The new “sleek design” of the app comes with a compact and a detailed view, the detailed view enabling the user to configure settings and offer options for personalization, such as favorite servers. We’ve always found ZenMate to be a simple app, but these changes make the design very similar to what we’ve seen in updates to top-tier VPNs, such as Private Internet Access.

Some of the stand-out new features include a one-click encrypted connection, a best location connection that avoids slow speeds, and streaming server filters, which is good news for fans of borderless streaming. The streaming filter discovers optimized servers that will enable access and decent speeds so the user can stream content in otherwise geo-restricted countries.

We’ve had problems accessing BBC iPlayer with ZenMate in the past, but the new app claims to have servers optimized for this very purpose. There are also servers optimized for a wide range of streaming services, including Hulu, Channel 4 in the UK, Europe 1 in France, Comedy Central in the US, and more.ZenMate is currently used by 47 million users, many of whom are likely to find much to like in these updates, but whether the changes are significant or cosmetic remains to be fully seen. The app currently scores a very respectable score of 7.3 in our VPN review.