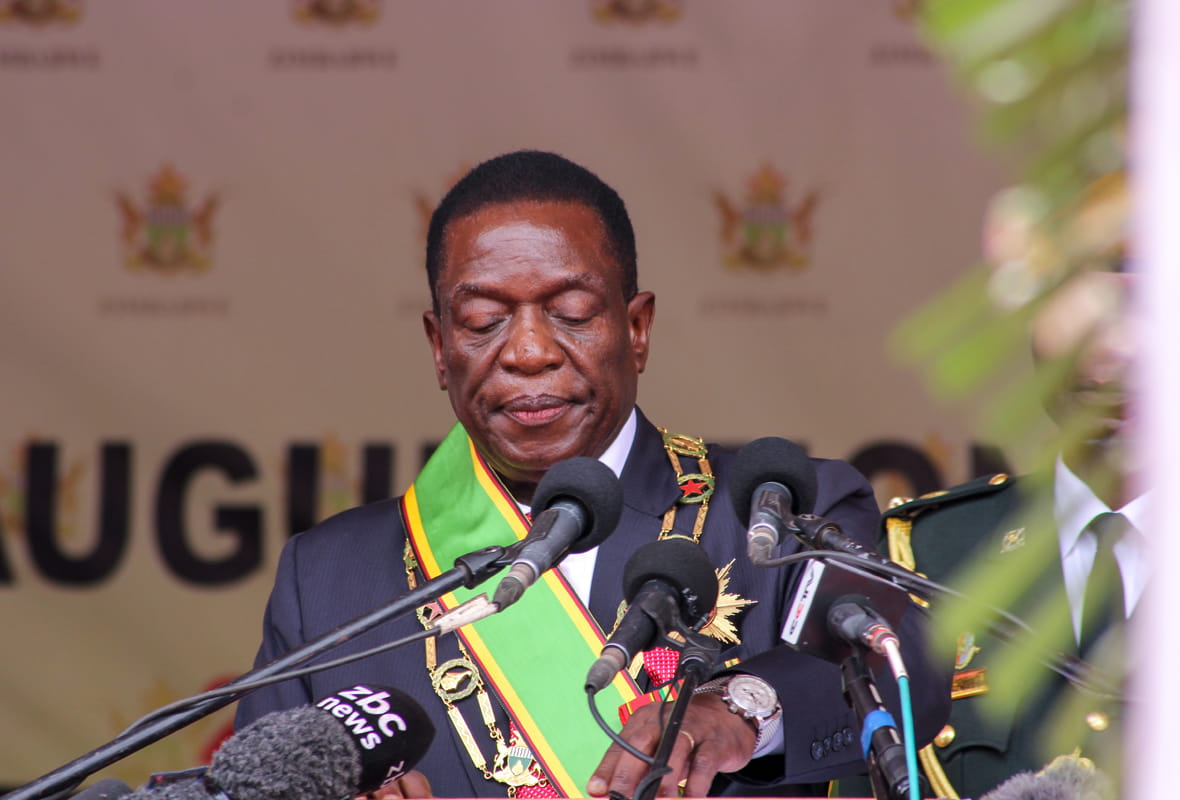 As of 15 January the Zimbabwean government has supposedly directed ISPs to block social media outlets after protests erupted over the announcement of a record fuel price hike. Now, it seems to be blocking the VPNs used to circumvent the website restrictions, too.

The unrest broke out on Monday after the price of gasoline more than doubled overnight, jumping from $1.35 per liter to $3.33 – it is now the most expensive nation in the world to purchase fuel in. Citizens struggled to access a handful of social media sites soon after.

Denying citizens access to these sites is a move which echoes that of former Prime Minister Robert Mugabe, whose government shut down messaging platform WhatsApp during protests in 2016.

Dissatisfied Zimbabweans who were able to bypass the blocks took to Twitter to raise awareness of their situation using the hashtag #ZimbabweShutDown.

Zimbabwean citizen Kerry Kay told South African news site TimesLIVE on Tuesday: “For the past three hours we have not been able to access WhatsApp. With the government shutting down the internet and social media – it’s the final straw for human rights.”

However, Monica Mutsvangwa, the Zimbabwean Minister of Information, denied knowledge of an internet shutdown. She also described the protests that took place throughout the country as “terrorism,” as a police officer was stoned to death by an incensed crowd. More than 600 people have been arrested for demonstrating both physically and online, with at least 400 of them denied bail.

Many frustrated citizens have turned to VPN services in order to get past the blocks. Since the social media ban, average daily visits from Zimbabwe to Top10VPN.com have increased by 2,700% while VPN-specific searches from Google have increased by over 850%.

The Google Trends graph below illustrates the extent of this spike in VPN searches since the blocks were actioned.

Google search trend graph for the term ‘VPN’ in Zimbabwe

Recently even accessing VPNs became more challenging when the government appeared to crack down on those services, too.

Zimbabwe-based journalists reported connection failures when using VPNs on Tuesday afternoon. While it’s not clear exactly which services have been blocked at this point, it’s likely to be less advanced VPNs available free of charge, as they tend to be easier to detect.

Many top quality VPNs offer obfuscation tools and ‘stealth’ protocols that allow traffic to fly under the radar, making it harder for censors to block.

Certain protocols like OpenVPN, while popular and secure, can be easily identified by governments or ISPs specifically as VPN traffic. Countries with dedicated anti-VPN apparatus like China and Russia can make it extremely difficult to find a functioning VPN and, even then, it’s often impossible to download it while inside the country itself.

Proxies can be a reliable tool for accessing web content from beyond the boundaries of a censored nation, but they provide no encryption or privacy protections. This can be dangerous should the government be actively searching for citizens violating its censorship measures, as proxy users leave themselves almost entirely exposed.

Director for Africa programs at Freedom House Jon Temin said: “We condemn the Zimbabwe government’s attempt to suppress opposition to its economic policies by using excessive force against demonstrators, causing at least three deaths, and by blocking the social media platforms that citizens use to freely express their views.”

Zimbabwe is just one of many countries that restricts access to social media platforms during times of unrest and heightened political activity, such as elections.

In February 2016 the Ugandan government blocked access to Facebook and WhatsApp on the day of its presidential election, as the incumbent president Yoweri Museveni claimed citizens were using it to “tell lies.” Musveni won the election with over 60% of the popular vote, adding another five years to his three decades in power.

Less than a month ago, citizens in the Democratic Republic of the Congo had their internet censored on election day for similar reasons. Senior Presidential Adviser Barnabe Kikaya bin Karubi said that the blocks would prevent the propagation of “fictitious results… that could lead us straight toward chaos.” Censorship began in parts of the country on 31 December, the day after the votes were cast – full internet access is yet to be restored.

Internet shutdowns around election time are not unique to African nations. In July 2018 the government of Cambodia forced ISPs to block 15 independent news outlets for the two days prior to the country’s general election. Government officials claimed that the broadcasting of news related to the election would be in violation of Cambodian electoral law, however no such restriction exists.