We sent Freedom of Information (FOI) requests to 52 local councils in the UK. Nearly two thirds of respondents said they owned technology made by controversial Chinese firm, Hikvision. 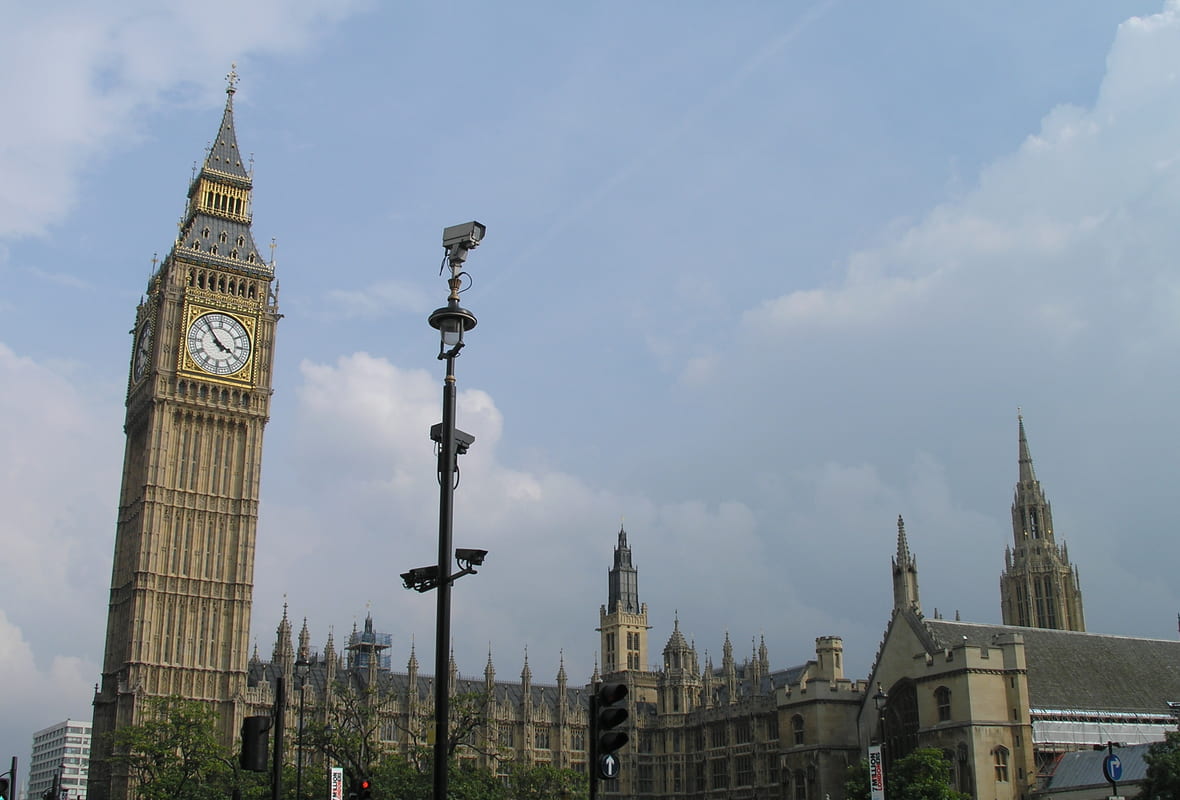 UPDATED Feb 23, 2021: Following publication, Tower Hamlets council responded to our FOI and disclosed they did not have any technology made by Hikvision or Dahua. They said “the council is aware of the situation with these suppliers and has made a conscious decision just over a year ago to not use them.”

We sent FOI requests to all 32 London borough councils and the next 20 largest UK city councils asking for information regarding their video surveillance networks.

Of the 43 requests that were successful, 28 (65%) disclosed that they owned technology made by Hikvision. The Chinese surveillance firm has been accused of being “deeply implicated in the crackdown on Uyghurs in Xinjiang.”[1]

Seven local authorities also disclosed they had technology made by Dahua, a Chinese company that has faced allegations of manufacturing facial recognition technology designed to track Uyghurs.[2]

More recently, the company was accused of providing “real-time Uyghur Warnings” to police in China.[3]

Both companies face strict trade restrictions in the U.S. due to their alleged role in human rights abuses in Xinjiang.

Although the exact number of devices was often not revealed by the councils, our research suggests that millions of pounds of taxpayer funds have been spent on Hikvision and Dahua’s products. Hammersmith & Fulham Council alone disclosed that it owns 1,790 Hikvision cameras.

Public records show Hammersmith & Fulham Council had a contract worth £492,000 with Chroma Vision Limited between 2015 and 2020.[4] Chroma Vision provided Hikvision technology to the council in their capacity as System Integrator during an extensive CCTV overhaul project, according to Hikvision.[5] It’s unlikely, however, that the total value of the contract was for Hikvision’s products alone.

Local authorities have not just bought cameras from the companies. Eleven of the councils also confirmed they owned Digital Video Recorders (DVRs), Network Video Recorders (NVR) and other hardware made by Hikvision.

It is probable some of the NVRs are capable of facial recognition.[6] However, no council confirmed it had used the technology for this purpose. The two facial recognition trials that were confirmed by Waltham Forest and Hillingdon Councils were not linked to Hikvision or Dahua.

Several authorities stated they had plans to replace their Hikvision technology. Camden Council even said that “it is against the Council policy to have assets from Hikvision, Dahua and Huawei,” although they acknowledged a Hikvision DVR was currently in operation.

Wandsworth Council said it was in the process of upgrading its surveillance infrastructure, which currently includes technology produced by Hikvision. “The Council are replacing all its cameras across the borough with an IP network. The system will be supplied by Dahua,” the council said.

In December 2020, we detected over 100,000 active surveillance networks made by Hikvision and Dahua in the UK. The findings of this investigation show that local authorities are responsible, at least in part, for the companies’ huge presence in the UK.

Hikvision and Dahua have faced multiple accusations of enabling human rights abuses in Xinjiang, northwest China, where at least one million people are thought to be incarcerated in detention centers.

U.S. regulators have introduced strict trade restrictions on the companies due to their role “in human rights violations and abuses in the implementation of China’s campaign of repression, mass arbitrary detention, and high-technology surveillance against Uighurs, Kazakhs, and other members of Muslim minority groups” in the region.[7]

In 2019, the Financial Times reported that Hikvision’s facial recognition cameras were to be placed at 967 mosques in Xinjiang.[8] In the same year, IPVM unearthed evidence that the company had been marketing an “AI camera that automatically identifies Uyghurs.”[9]

IPVM had previously alleged that the company won a contract to “install surveillance systems in a re-education camp,”[10] and in 2020 claimed Hikvision and Dahua had won “well over $1 billion worth of government-backed surveillance projects in China’s restive Xinjiang province since 2016.”[11]

Both companies have denied allegations of wrongdoing in the region. Hikvision stated, “We have never and would never conduct business operations that are based on the condition of violating human rights”[12]. Dahua said it “adheres to the business code of conduct, and follows market rules as well as international rules.”[13]

In the past month, UK politicians have introduced a range of measures intended to ensure that “British organisations, whether public or private sector, are not complicit in, nor profiting from, the human rights violations in Xinjiang.”[14]

However, the new measures have done little to confront the companies responsible for the “extensive and invasive surveillance targeting minorities”, as highlighted by UK Foreign Secretary Dominic Raab in a statement to the House of Commons.[15]

Other countries have adopted a more proactive approach in an attempt to limit trade with the companies.

Norway’s Council on Ethics recently recommended excluding Hikvision from the country’s wealth fund investment portfolio because of the company’s “role in the mass surveillance of the population in the Xinjiang region of China.”[16]

In the U.S., both companies are prevented from selling their equipment to federal agencies.[17]

Hikvision’s role in the UK’s surveillance infrastructure has repeatedly been discussed in Parliament. When asked about the company in November 2020, Baroness Barran MBE said: “We are aware of reports that Hikvision’s technology has been used in Xinjiang… We are actively considering the implications for the UK and continue to encourage human rights to be at the centre of all business that takes place in this country.”[18]

Similarly, Conservative MP Tom Tugendhat asked: “As we carve out a new place on the world stage, do we really want to be inviting a Chinese surveillance giant like Hikvision, a tech company blacklisted in the US over alleged links to internment camps in Xinjiang, to a Government-backed security fair?”[19]

Last year, we revealed that Hikvision were scheduled to attend the Home Office’s Security & Policing trade fair. However, the company’s presence in the UK is far more substantial than just attending trade fairs. Our findings indicate that it is in fact a fundamental part of the country’s publicly-owned surveillance apparatus.

As the UK Government tries to cut ties with companies implicated in the egregious human rights abuses occurring in Xinjiang, it must now reckon with the fact its publicly-owned surveillance infrastructure is reliant on technology made by two companies that stand accused of being heavily involved in the region.

The following table shows responses from UK councils to Freedom of Information requests sent in late 2020 regarding use of surveillance cameras.

[1]Glasgow Council confirmed that they had hardware manufactured by Hikvision or Dahua but did not specify whether it was from one or both companies.

[2]Tower Hamlets Council did not provide confirmation they received the FOI request in late 2020, prompting concerns that the original request had not been successfully delivered. We have re-filed the FOI request and will update the findings if/when they respond.

We sent Freedom of Information requests to all 32 London borough councils and the next 20 largest city councils in November 2020. All requests contained the same questions and will be made available on the relevant authorities’ websites.

We specialize in reviews of virtual private networks (VPNs). We advise our readers on which VPNs will protect their online privacy and security.

We also carry out research and investigations, to raise awareness and inform the general public on digital rights, privacy and security issues around the world.