A Virtual private network (VPN) improves your online privacy and security. It’s simple yet powerful software that hides your IP address and encrypts your internet traffic. The best VPN services secure your internet connections and unblock web content, without compromising on speed.

Finding the best VPN may feel impossible, but it isn’t. We’ve spent over 30,000 hours testing hundreds of VPNs to identify the best for Windows, macOS, Android and iOS. We also test VPNs on devices like Amazon’s Fire TV Stick, games consoles and home routers.

The five best VPN services in January 2021 are:

Compare the best VPNs side-by-side with our comparison tool

We put every VPN we review through a rigorous and impartial testing process. We analyze factors such as speed, security, server coverage, and ease of use.

Recommending the safest VPN services is key to us. In our free VPN investigations, we exposed many unsafe mobile VPN apps. We even requested Google and Apple delist them from their App Stores.

To see how we evaluate each service, read how we test and review VPNs.

The chart below compares the 15 most popular VPN services. We compared speed, server network, Netflix and China access, torrent support, and more.

The Best VPN Services by Category

Every VPN service performs differently across devices and purposes. Here’s a summary of the best VPN services for categories popular with our readers:

What About Other Popular VPN Services?

There a many popular VPN services that didn’t make our top five list. Here are some of the big names that missed out: 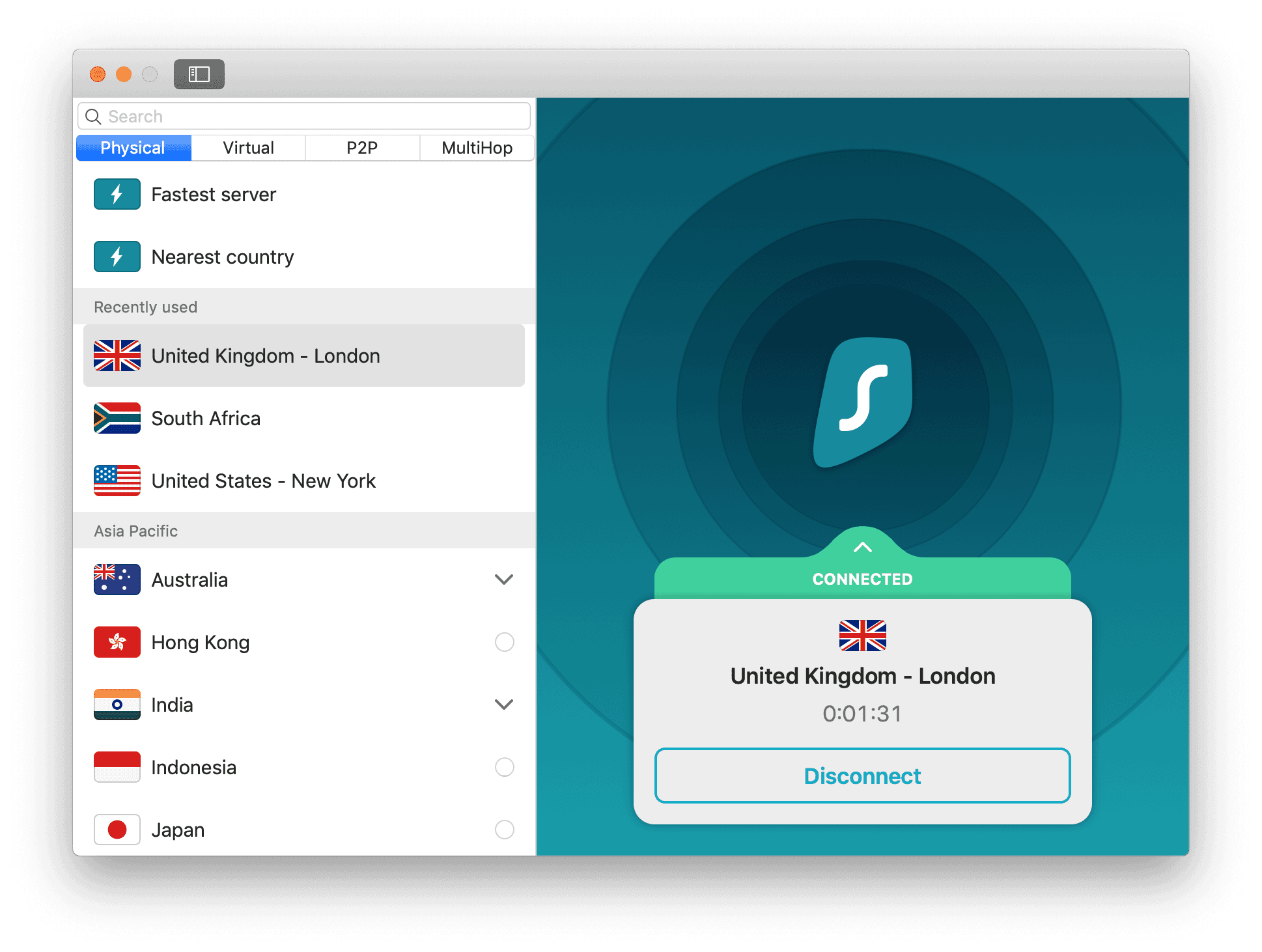 Surfshark is a very good VPN that narrowly misses out on our top five.

Overall, Surfshark ticks a lot of boxes. It’s a secure and no-logs VPN that unblocks 15 Netflix libraries. It also has unique features, like GPS spoofing.

What holds Surfshark back is the lack of impressive VPN speeds compared to its top rivals. It recorded a 15% speed loss on same-country connections. That’s fast, but not enough to match the very best VPNs.

Private Internet Access (also known as PIA VPN) is one of the fastest and most trusted VPN services. It’s very popular in the United States with P2P users. It also works well with US Netflix, BBC iPlayer, and Disney+.

PIA VPN’s long-distance speeds aren’t as fast, though. It also fails to unblock as many streaming services as other top-rated VPNs. However, PIA VPN remains an excellent for P2P activity. 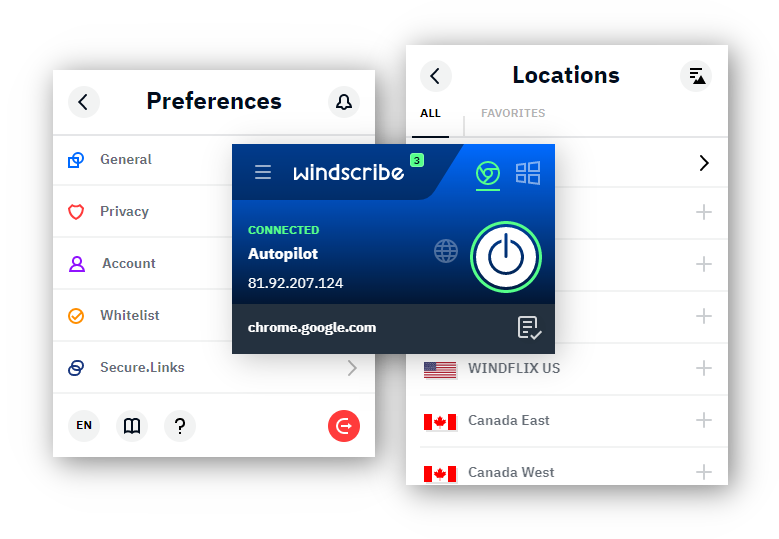 Windscribe is secure VPN built for streaming. It’s very effective at unblocking over 40 Netflix libraries. It also works with BBC iPlayer and Hulu.

There are no major downsides to Windscribe. But, it does fall slightly short of its rivals in certain areas. It’s not as fast, doesn’t have as many features, and its live customer support is inferior. HideMyAss (HMA VPN) is one of the earliest and best-known VPN services. However, it’s never been one of our best VPNs because of trust.

Previously, HMA had a far too invasive logging policy. It was even accused of cooperating with copyright and government agencies. The company finally reduced the data it logs in 2020. It will nevertheless take some time before it can regain full trust. 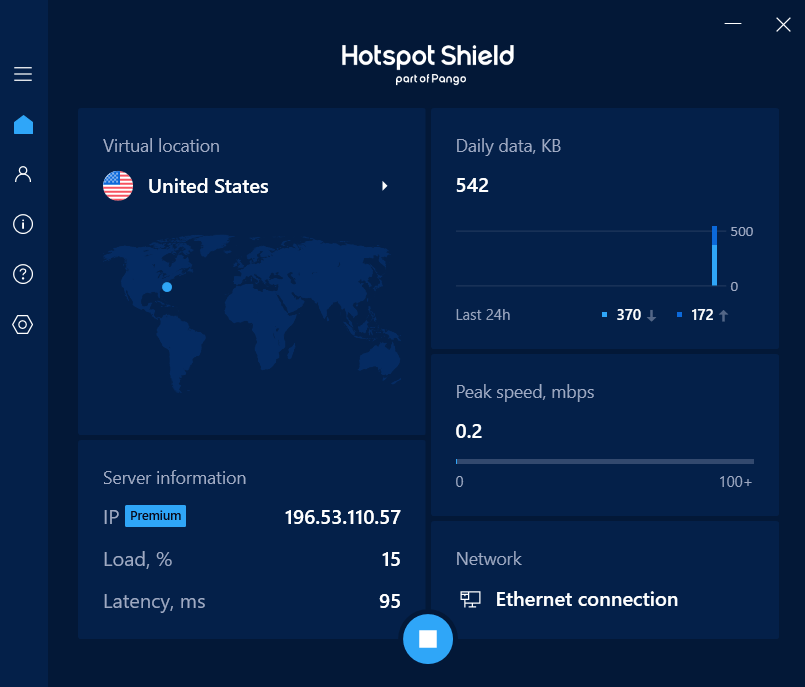 Hotspot Shield suffers from a similar issue to HMA. It’s logging policy is simply too intrusive.

Hotspot Shield VPN stores your IP address, your approximate geographical location, connection timestamps, bandwidth used per user and per session, device-specific information, and non-personal logs of websites. Most of this data is aggregated or anonymized, but it’s still too much. TunnelBear is a very popular free and paid VPN. There is one key reason why we don’t rate it highly, though.

The VPN service simply cannot unblock major streaming platforms. In our streaming tests, TunnelBear only worked with one Netflix library: Netflix Japan. It won’t stream any other Netflix library, or content platform.

Methodology: How We Test & Review VPNs

We test every aspect of a VPN when we write a review for it. What you need from a VPN may differ from someone else’s. We weigh our VPN reviews based on what we believe is most important. And also what users want from a VPN.

Privacy is a key part of a VPN. A VPN must protect your online privacy, otherwise it’s not doing its job properly.

A VPN must: not collect any personal web logs; not leak your real IP or DNS address; employ VPN protocols with the strongest encryption.

A slow VPN is no good to anyone. Massive speed loss can be disastrous if you’re on a slower internet connection. We regularly test VPN speeds and update speed results.

A popular reason for using VPNs is to unblock streaming content abroad. Not every VPN is capable of unblocking major streaming services, though.

Torrenting with a VPN is also very popular. You’ll need a VPN that allows P2P traffic, has no data usage limits, doesn’t store user logs, and is based in a safe jurisdiction.

Every VPN company should have 24-hours-a-day, seven-days-a-week live chat support. And the very best services do.

We also value online help guides, tutorials, and detailed FAQs. Some VPNs even have forums where users can help each other.

Many consumer VPNs look and work in similar ways. However, little details can make a big difference.

We download and test every VPN we review. We test them on Windows, MacOS, Android, iOS and Fire OS devices. We also run them on Linux, Apple TV, PlayStation, Xbox, and routers. Only that way can we judge a VPN service’s ease of use.

We also consider extra features like a kill switch, an ad-blocker, and split tunneling. These additional tools can add real value to a VPN.

A VPN is an essential to beat internet censorship in certain countries.

Beating web blocks in China, the UAE or Turkey is very hard to do for most VPN services. Very few can do it, and even fewer can do it consistently.

We have specific testing procedures to determine which VPNs work in high-censorship nations. For China, we have a dedicated Shanghai server, which we use weekly to test VPN access.

For more details, read our guide on how we test and review VPNs.

Why Do You Need a VPN?

Here are the three main reasons for using a VPN service: 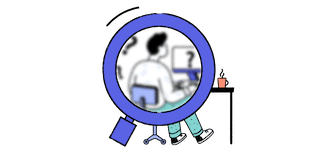 In some countries, like Canada, your internet service provider (ISP) can monitor and log everything you do online. They store your web logs and hand them over to government agencies on request.

In the United States, ISPs can also sell data about your online habits to third parties, including advertisers. They can do this without your explicit consent.

We believe this is a huge infringement of your privacy. To prevent this from happening, you need to use a no-logs VPN service.

When you connect to a VPN, your web traffic is route through a secure server first. Then, onto a website or application. But your ISP can’t see beyond the VPN server. Therefore, it can’t track what you do online.

VPNs use high-standard encryption, often AES 256-bit. It makes your web data virtually impossible to decipher if intercepted by a hacker or snooper.

2 Protect your data on public WiFi 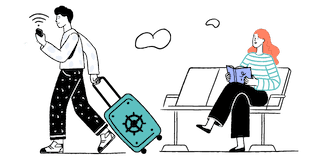 Free public WiFi hotspots in restaurants, coffee shops, and hotels are risky. They often use open connections that are insecure. These are vulnerable to hackers looking to hijack sensitive data transfers.

In fact, hackers can carry out a man-in-the-middle (MITM) attack on your device. It allows them to eavesdrop, manipulate, or steal your private communications. MITM attacks can also be used to carry out phishing scams.

A VPN can help prevent these attacks. A VPN adds a layer of encryption to any unsecured internet connection. You can then use public WiFi without worrying of being spied on, or having personal data stolen. 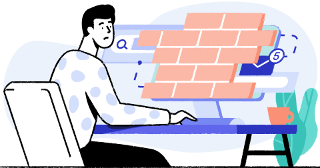 It’s not just authoritarian nations like China or the UAE that censor the internet. Any internet network owner can impose blocks to specific websites and apps. For example, many governments block piracy sites like the Pirate Bay.

In China, Google, Twitter and thousands more websites are blocked. The most effective way round these blocks is using a top VPN. However, only a few VPN services work in China.

It’s easier to bypass website blocks in workplaces and schools. But, you can’t always install VPN software on a workplace or school device. When that happens, install a VPN extension onto your web browser, instead.

What Are the Limitations of Using a VPN?

A VPN is a great tool for your online security and privacy. But, even the best VPN services come with limits. Here are some things that a VPN can’t do: