When picking a VPN, trust is crucial. Would you trust a VPN that was only founded in 2018? Or, more importantly, should you?

That’s one of the key questions you have to ask yourself when considering Surfshark VPN. With so many established rivals, does Surfshark do enough for you to place your trust in such a new product?

We wanted to find out the answer for ourselves, along with a whole load of other questions:

We’re relieved to say we’re pleased with what we found – Surfshark is a very good VPN, and by the end of this review you’ll understand exactly why. You can see our key pros and cons just below.

Want to know more? Then read on for the full, in-depth Surfshark review – starting with some background on the company itself.

Surfshark is a relatively new company on the VPN market, but where is it based?

Founded in 2018, Surfshark is based in the British Virgin Islands – one of the most sensible jurisdictions in the world to base your VPN service.

There are no obligatory data retention laws in the British Virgin Islands, and it has no connection to any global data sharing schemes between governments.

Your data and information are well and truly safe from government snooping.

There’s also the nice feature of a warrant canary on the Surfshark website that provides a daily update on the company’s interactions with law enforcement: to this day it has never received a gagging order, warrant or National Security letter.

What data it collects is:

Surfshark are keen to express that none of this is “identifiable information” and is collected for diagnostic purposes.

That’s true, and many top VPN providers collect temporary metadata or usage stats in order to maintain its service, including our #1 suggestion ExpressVPN.

For this reason, it’s not something to worry about too much, but many are seeking that holy grail among VPN services — a no logs.

If you’re not puritan about this, there’s no reason not to consider Surfshark as your VPN. It’s a safe and private choice.

Good speeds, but can't compete with the best

Surfshark is not a slow VPN, but it can’t compete with the speeds of the best VPN services.

One thing we can say for Surfshark is the consistency of its connections. There were barely any fluctuations in our testing, with the connection never once dropping.

Surfshark even performed well over longer distances, such as Japan and Australia. It may not be enough to stream in Ultra HD across multiple devices, it’ll certainly do the job for most everyday users.

Uploads are consistently better across the board and ping latency is okay, although perhaps not enough for gamers to consider Surfshark.

Surfshark even performed well over longer distances, such as Japan and Australia. It may not be enough to stream in Ultra HD across multiple devices, it’ll certainly do the job for most everyday users.

When connected to Surfshark:

Not many locations, but speeds are still decent

Surfshark’s 100+ location server network is not the most we’ve seen, but it is higher than the industry average and certainly enough to deliver the speeds you need.

1000+ IP addresses is a small number when compared to top-tier VPN services, but it will work to protect your anonymity and provide a reliable connection. This is especially the case in the more popular server locations.

26 locations in the US available to connect to is a fair distribution and three in the UK should do the job.

Three locations in Canada – Toronto, Montreal, and Vancouver – may seem few for such a large region, but it covers both coasts and so helps to spread coverage more evenly.

100 servers in five locations in Australia is good, covering the south and east coast of the nation quite well, but it could do with some northern distribution to equalize coverage.

But Surfshark only provides two locations in Africa — South Africa and Libya — which is far from extensive for such a huge area. 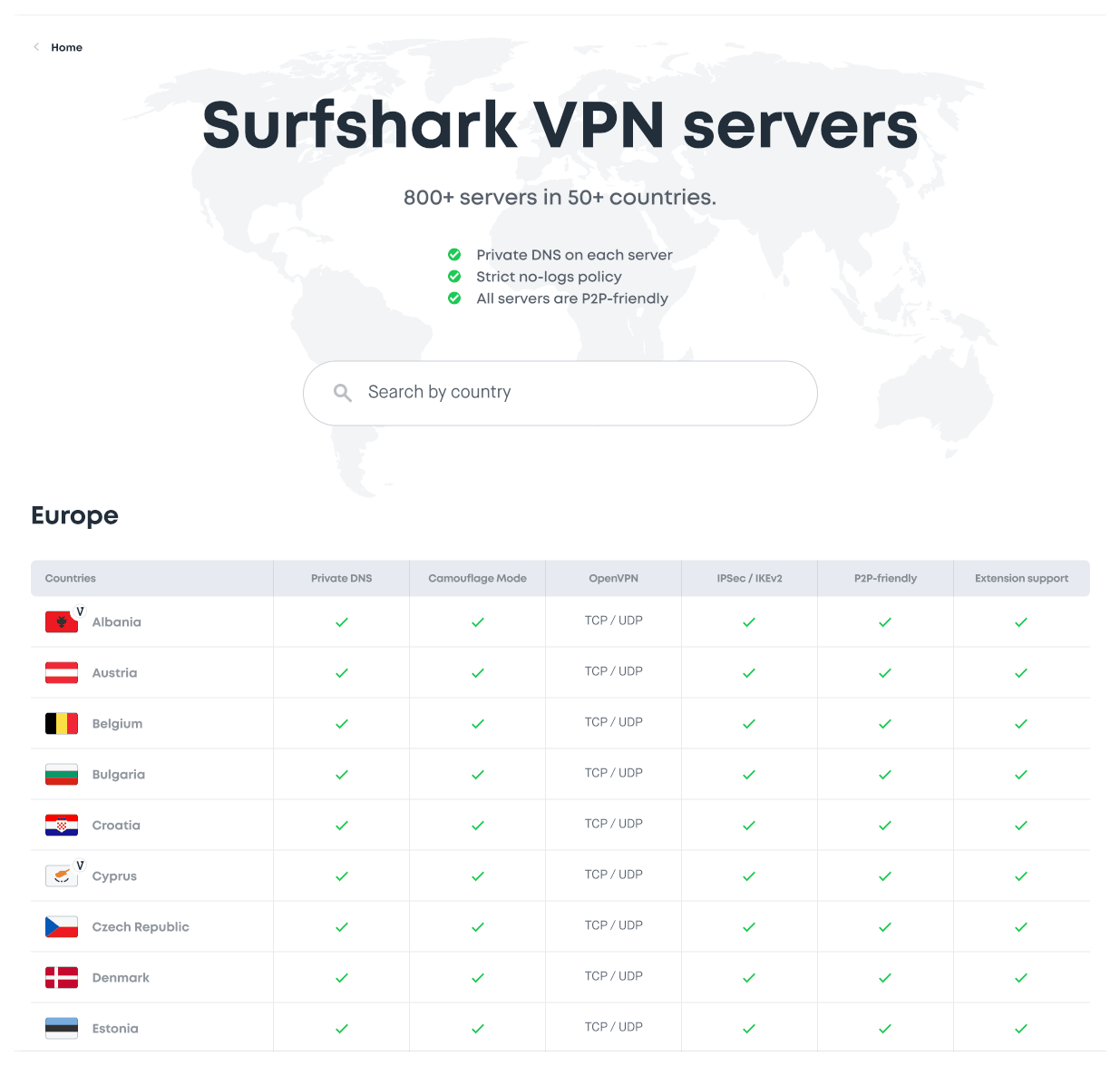 Surfshark consistently unblocks Netflix in the US.

As there is no dedicated server, we tested them all to ensure you get instant access. Check out those that work and those that don’t:

Surfshark also works on all UK servers (London, Manchester, Glasgow) to unblock BBC iPlayer, which is often difficult to access with other VPNs.

We used to be only able to access BBC iPlayer through the Surfshark browser extension, but we’ve had consistent, super-quick success in recent tests through the app alone.

There’s also something called Surfshark Smart DNS – but what is it?

Surfshark Smart DNS helps to unlock content more reliably on devices that don’t support VPN functionality, although it also doesn’t offer as much protection as the full VPN service (it does not encrypt your traffic), so think carefully before using it.

This is one of the best VPNs you can get for streaming.

While you can torrent on any Surfshark server that you like, traffic is automatically channeled to servers that are optimized for it. These include:

This way, you get top-notch speeds.

These P2P connections include streaming players:

They also include torrent software:

Those who use their connection for a lot of P2P traffic should take a look at our list of the best VPNs for torrenting. 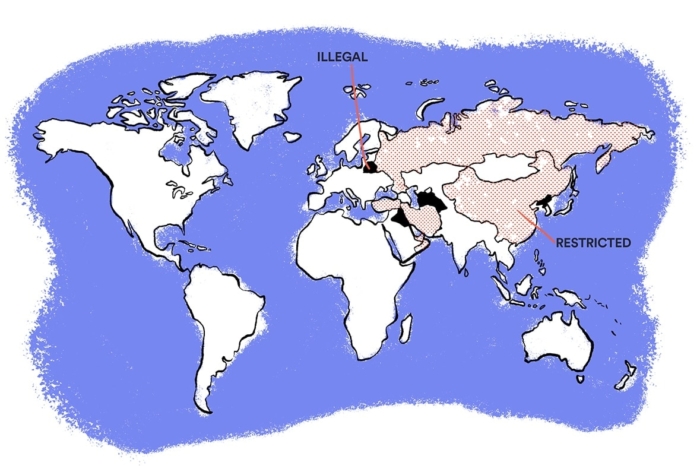 It used to be quite an effort to get Surfshark working in censored countries, such as China.

They’ve since removed the requirement to download a specially configured file, and now the Surfshark app automatically recognises if you’re trying to connect within a censored country.

Detecting this, Surfshark turns on ‘NoBorders Mode’. This is a big improvement.

Surfshark offers a reliable solution that extends to other high censorship countries like:

It’s unfortunate that Surfshark’s ability to bypass censorship is not complemented by a range of servers in neighboring free-speech countries.

While it may bypass Turkish or UAE censorship, there are no servers in the Middle East with the sole exception of Israel.

Still, with China and Russia, there are enough neighboring nations to allow decent speeds when connected.

No device limit is a real plus

All of the major desktop and mobile operating systems work with Surfshark, including:

Coverage is also available via router and there are setup guides for all of them on the Surfshark website.

Surfshark VPN has no device limit either, so you can protect everything you own all at once.

Surfshark is a good VPN for your entertainment needs, available to use with game consoles and streaming devices.

Surfshark can be used with popular consoles like the Xbox One and PlayStation 4, plus streaming devices like AppleTV, by connecting them to a configured router. Surfshark has also just released a native app for Amazon Fire TV Stick.

With Surfshark, you can set up the VPN on almost any smart TV via SmartDNS which will bypass geo-restrictions and provide enough speed to stream content from around the globe.

For more simple, one-click solutions for gaming and streaming devices, you should look into a provider like ExpressVPN, as it offers a MediaStreamer DNS service that’s designed to make this process as easy as possible.

Surfshark offers browser extensions for Google Chrome and Mozilla Firefox, so you can spoof your IP location and encrypt your web traffic.

We’d recommend using them with the full Surfshark program too, though, as they only cover what goes on in your web browser. 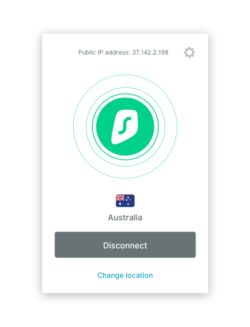 Surfshark’s Windows app offers the choice of OpenVPN, our personal favorite protocol for making you safe. But if you’re using Surfshark on a different platform then you’ll need to navigate a bit of manual configuration to get OpenVPN.

Its AES-256 encryption is widely regarded as near-uncrackable and our testing confirmed that Surfshark has no DNS or IP leaks – plus there’s an ad-blocker and kill switch.

Special mention should also go to the MultiHop feature, which routes your traffic through two different VPN servers for extra security (albeit slower speeds) and Surfshark’s split tunneling, which keeps you connected while letting certain apps and websites operate outside of the VPN.

It is also the only VPN that offers a GPS spoofing feature to avoid unwanted tracking. This takes the GPS coordinates of your connected server and uses that whenever software asks for GPS data. If anyone wanted to do this before they would have had to download third-party apps. This is a great feature, but it’s only available on its Android app.

How to Install & Set Up Surfshark

The Surfshark app is so minimal, in fact, that you’d be forgiven for thinking it was oversimplified. However, all the setting to control the more advanced features of the VPN are hidden away behind a single settings menu – they’re smartly grouped and clearly labeled so there is never any doubt about what you’re doing.

Surfshark definitely has one of the easiest VPN browser extensions around. Just click the shark fin on your browser and location options pop-up. Click once more and watch it swiftly connect.

You won’t find around-the-clock live chat support as snappy and well-informed anywhere else at this price – in fact, most VPNs as cheap as Surfshark won’t have it at all.

Agents were always standing by to answer our questions quickly and pleasantly. 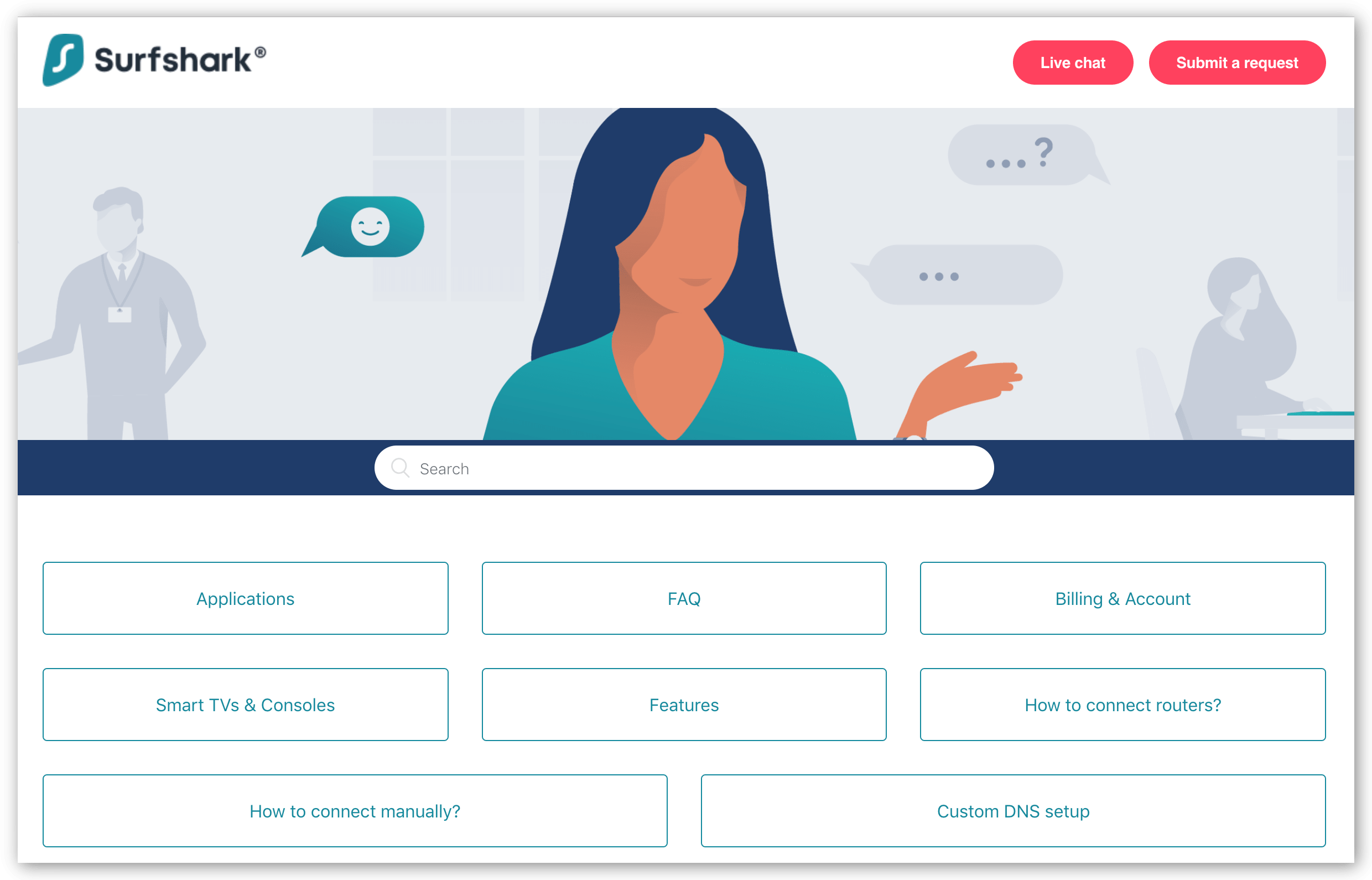 Surfshark’s online help sections don’t have the same level of depth as we’ve seen from some higher-scoring rivals, but they cover off the basics well.

You can always send off an email for anything that’s not covered.

VPNs as good and as cheap as Surfshark are few and far between. A two-year subscription to Surfshark costs the equivalent of $1.99 per month – an 83% saving over the month-by-month cost and a real deal.

Surfshark’s 30-day money-back guarantee period is one of the more generous offerings we’ve seen, and it truly is no-questions-asked – just hop on to the 24/7 live chat and let the support agent know that you want to cancel.

There’s also a seven-day free trial if you’d rather see what you’re in for before investing, available through the Google Play and Apple store.

Surfshark offers the usual range of payment options including:

Privacy-conscious users will be pleased to see so many cryptocurrencies, although the most privacy-conscious individuals may have liked to have seen cash payments, which are not available.

Do We Recommend Surfshark?

It may be a new name to many, but over a year of regularly testing Surfshark has convinced us that it’s a reliable, trustworthy VPN with plenty of additional features.

Surfshark isn't as fast as some of our higher-scoring VPNs like NordVPN. Want faster VPN speeds? Try NordVPN, simple as that. Read NordVPN review

If VPN security is your main concern (and we believe it should be) then you can't do much better than VyprVPN. Its logging policy is near-perfect, and it's super secure. Read VyprVPN review

Already use Surfshark? Tell us what you think.

Worked without any interference

Bought it a few weeks ago, because I wanted to watch Eurovision (you can't watch it in the US). This provider worked without any interference or speed problems. I am definitely using it in the future for my travels if I need to unblock other websites or smth.

Have got 2 yr plan and has worked ok on desk top however have loaded onto firestick and wont stay connected. Been on chat numerous times now and left frustrated