If you’re not using a VPN in Russia, you’re putting yourself at risk.

Following the November 2017 VPN ban, getting a VPN in Russia has become even more challenging.

The good news is that our recommended VPNs will still work fine in Russia, giving you unrestricted internet access. And don’t worry, none of these VPN services comply with Russia’s demands for the disclosure of user information.

What We Value the Most in a VPN for Russia 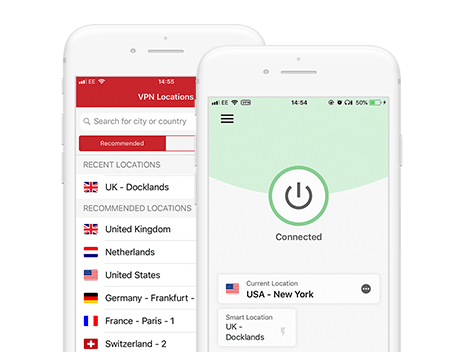 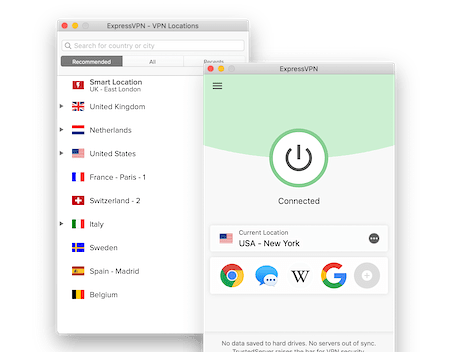 ExpressVPN is the most reliable provider for Russia even following the recent VPN ban.

It has loads of different server options across Europe and the US west coast – vital if you want the best possible performance.

The custom apps are simple, secure, and offer configurable protocol settings which could be useful if content blocks get more aggressive. 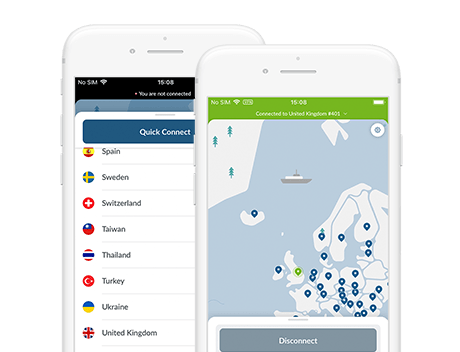 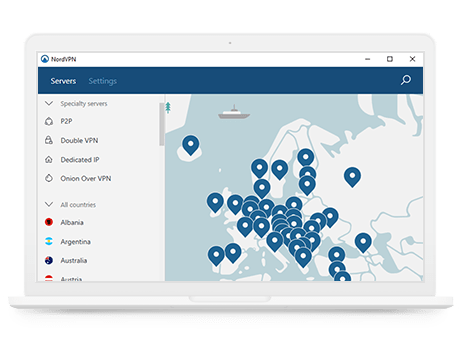 NordVPN is a fantastic budget pick for Russia but it isn’t quite as reliable overall as ExpressVPN.

It offers obfuscated servers as a solution to bypassing censorship and performance is solid thanks to loads of servers across Eastern Europe.

A strict zero-logs policy combined with a jurisdiction in privacy-friendly Panama makes Nord a great choice for privacy.

For a more in-depth look, read our full NordVPN review. 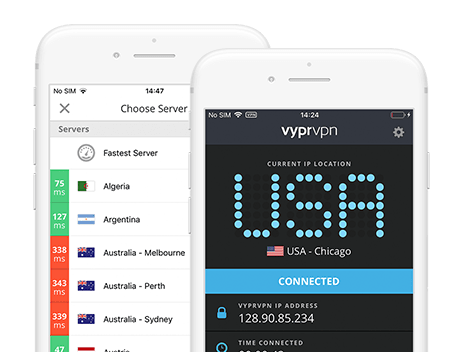 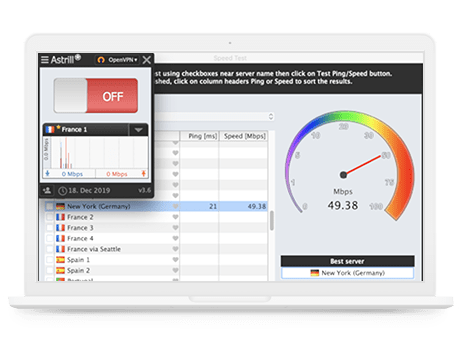 Astrill has a history of being one of the best VPNs for use in high-censorship countries, with not one, but two proprietary stealth protocols.

City-level server choices in both the US and Europe are excellent for optimizing performance but speeds lag a little behind those offered by our top picks.

We really don’t like the consumer-unfriendly no refunds policy, but you can try out the VPN for free for seven days (with limited servers). It’s a pretty expensive VPN too. 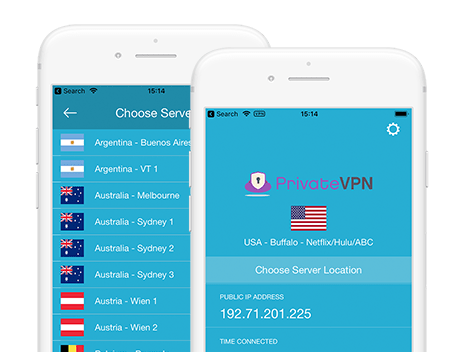 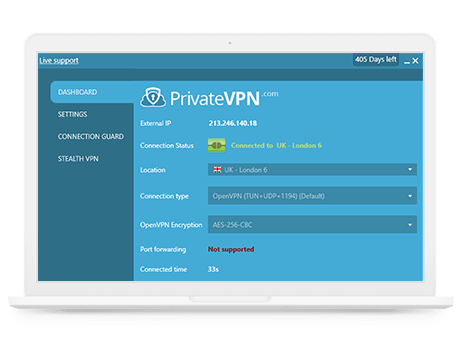 A choice of hundreds of servers in Europe and the US means you can connect to a nearby country for the best possible performance.

The simple custom apps pack in advanced features such as access to Tor over VPN for an extra layer of privacy, and it keeps absolutely zero user logs. 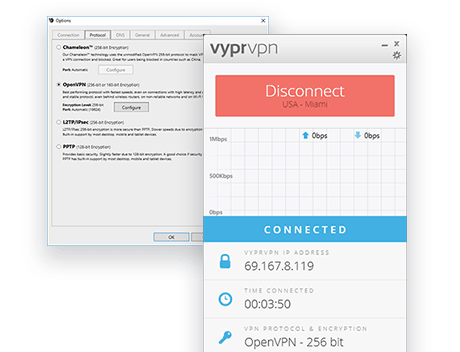 VyprVPN makes the cut as it still provides reliable access to blocked sites in Russia, thanks to its proprietary Chameleon protocol.

There are enough server locations in Europe and on the US west coast but speeds could definitely be better, especially on local connections.

VyprVPN has recently become zero-logs, with a revamp of the privacy policy and an independent audit to verify its claims.

For a more in-depth look, read our full VyprVPN review.

How We Picked the Best VPN for Russia

Our top picks for Russia obviously have to work effectively to bypass government censorship blocks and allow users to access restricted content, even despite the ever-growing ‘blacklist’ of VPN providers.

We look for excellent performance in our worldwide speed tests and lots of server choice in nearby free-speech countries such as Ukraine, Lithuania, Finland the west coast of the US. Other important factors include the level of customer support on offer and the user experience of the custom apps.

We are constantly testing all of the VPNs on our site to ensure we’re giving you the most up-to-date recommendations we possibly can. We test access to popular sites such as Netflix, Facebook, and Google and make sure local speeds are good enough so you can do everything you want to online without breaking a sweat.

Providers got bonus points for offering extra obfuscation tools too, such as Stealth VPN, as these make it far easier to overcome content blocks without being detected.

Do I Need a VPN in Russia?

If you want to be able to access the internet without any restrictions then you absolutely need to use a VPN in Russia. The Russian government is gradually blocking more and more websites in an attempt to limit online freedoms – the most recent victim was the popular messaging app Telegram.

There have also been reports that Putin is working with the security officials behind the Great Firewall of China and is attempting to integrate some of these elements into the so-called ‘Red Web’, which would further increase the level of state control on the internet.

Another reason is the so-called ‘Yarovaya law’ that was passed in 2016 in an attempt to ‘regulate counter-terror and public safety measures’. This law requires all Russian telecoms companies and ISPs to store detailed user communication records for six months and all connection metadata for three years, meaning details of everything you do online can be accessed by the government at any time.

The legislation also states that these companies are required to help intelligence agencies such as the FSB decode messages sent via encrypted services such as WhatsApp and Signal, which is a complete invasion of privacy and incredibly concerning. The only way to avoid this happening is to use a VPN so that all of your web traffic is sent over a secure, encrypted connection.

While VPNs are still technically legal in Russia, Putin introduced a list of ‘banned’ providers in November 2017 that is constantly being added to. They are very commonly used in the country but we’d advise you to be discreet about it, and it goes without saying that you shouldn’t attempt to access any content that would break copyright laws.

How to Choose a VPN for Russia: 7 Tips

Since Putin began blacklisting VPNs that failed to conform with Russia’s internet policy in November 2017, it’s essential that the VPN you choose offers some kind of stealth protocol. This will provide additional layers of obfuscation on top of the usual VPN protocols (such as OpenVPN) in order to disguise your VPN traffic as normal web traffic and therefore make it harder for the censors to detect and block. This kind of information can often get lost on the provider websites so look to our top picks to call it out.

For the best possible performance, you need to connect to a VPN server close to your physical location. A higher number of servers usually means a lower chance of server congestion and therefore improved speeds but this isn’t necessarily always the case – check out the Speed & Reliability section of our reviews for more details. Look for server locations in Europe (particularly in the east) and west coast US for the best performance.

Before you choose a VPN, you need to make sure it’s going to allow you to access the websites and apps you use on a daily basis. Not all providers will work with popular streaming sites such as Netflix or BBC iPlayer, so we make sure we test them all on a regular basis and share the results in our VPN reviews.

The majority of VPN providers will offer custom apps for Windows, Mac and Linux machines as well as iOS and Android mobile devices. However, some services are also compatible with other internet-connected items such as routers, games consoles and streaming devices, such as the Amazon Fire Stick. If you’re looking to protect any devices outside of the main platforms, look to the Platforms & Devices section of our VPN reviews for more information.

If you choose a VPN with well-designed software that’s simple enough without lacking any advanced features, you’ll be far more likely to use it on a regular basis. We test each VPN app out to make sure it’s powerful but user-friendly enough for VPN newbies and experienced users alike, and share the results in the Ease of Use section of each provider review. We spend all day looking at these apps, so hopefully we know a thing or two!

If you want to protect your family’s devices as well as your own, you’ll need to look for a provider that offers a decent number of simultaneous connections. This can range anywhere from three up to ten, with some VPNs even supporting an unlimited number of connections.

Even the most expensive VPN plans are very affordable but it’s likely that you have a budget in mind. Annual plans (12 months or more) typically offer the best value for money and you can reduce the risk of buyer’s remorse by opting for a VPN with a generous refund period – the best ones are 30 days and so-called ‘no questions asked’. These types of guarantees are much more common than traditional free trials but are essentially the same thing, especially if you opt for one that’s ‘risk-free’.

Jump to our top picks for Russia