PrivateVPN doesn’t shy away from talking itself up on its website. It makes a whole bunch of bold claims, such as it being the “fastest growing VPN worldwide”.

PrivateVPN also promises to “unlock anything, protect everything” – that’s just what we like to see from a VPN service, but can it possibly deliver on such strong claims?

We put PrivateVPN to the test hoping to answer that question, plus:

Our unbiased and in-depth review will explain all, but if you’re in a rush you can find our key takeaways just below.

PrivateVPN is one of the best VPNs on the market, there’s no doubt about it. It’s fast, safe and tantalizingly cheap – but it’s not without its flaws. Read on to find out just what to look out for.

PrivateVPN was founded in 2009 and is owned by Privat Kommunikation AB, which operates under the jurisdiction of Sweden, making it subject to EU data retention laws and intelligence-sharing agreements.

However, PrivateVPN’s zero-logs policy means that even if it was asked to comply with any type of investigation, it doesn’t have any information about its VPN subscribers to give to the authorities, so there’s nothing for users to worry about.

A VPN can’t truly be private unless it has a top-notch, robust logging policy. PrivateVPN claims that it “doesn’t collect or log any traffic or use of its service.”

That’s great – unfortunately, that one quote is also the full extent of it. We’d like the privacy policy to explicitly say that it doesn’t log DNS requests, connection timestamps, or IP addresses, but thankfully a support agent confirmed that PrivateVPN doesn’t collect this data.

Ultimately, we trust PrivateVPN to keep you safe, and you should too, but ideally we look for a little more information and clarification in a privacy policy, just for peace of mind.

Connecting to a same-country server (UK to UK), PrivateVPN only slowed our internet connection down by about 7%.

PrivateVPN is one of the fastest VPNs available – if speed is what you want then it’s a serious contender.

When connected to PrivateVPN:

Ping times are low (great for gamers) and upload speeds are high (great for torrenters).

Even across international connections, such as the UK to the US, PrivateVPN is pretty speedy – you’ll be able to do pretty much anything online without breaking a sweat.

Take a look at the average download and upload speeds we recorded connecting out from the UK to PrivateVPN’s servers:

PrivateVPN’s array of locations (59 countries) and VPN servers is nowhere near the highest we’ve seen, but it’s not as poor as it may first look. 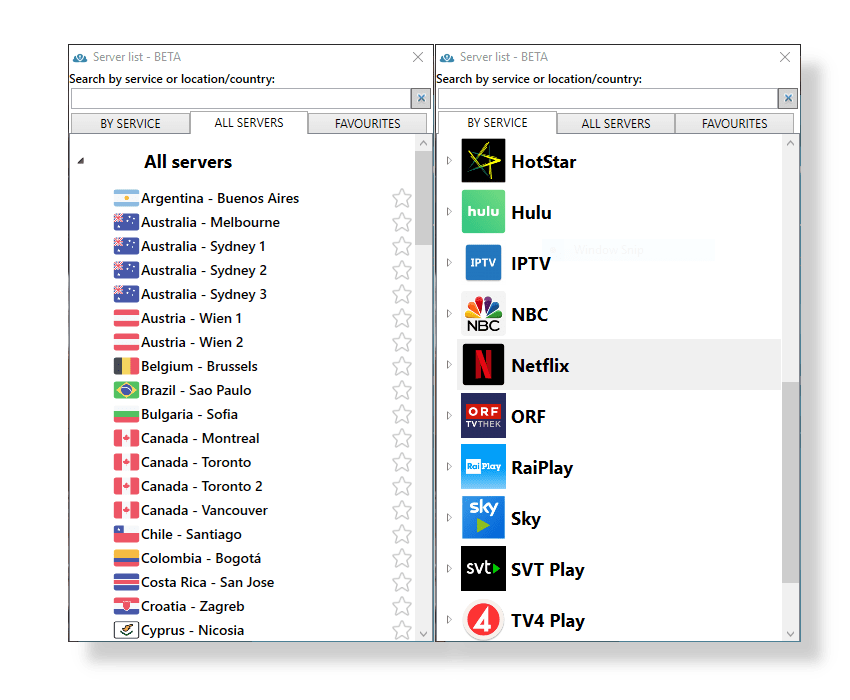 PrivateVPN offers more than 7,000 individual IP addresses so, despite maintaining just the 150 or so VPN servers, you shouldn’t have to worry about facing congestion or slowdown.

Those 150 VPN servers also do a pretty good job of providing worldwide coverage.

There are servers in popular locations like the US, Canada, Australia, and loads of countries in Western Europe, but PrivateVPN also provides plenty of choice in South America and Asia-Pacific.

Those in South and Central America can connect to VPN servers in Argentina, Chile, Colombia, Costa Rica, and Panama.

PrivateVPN provides city-level choice in eight countries, which is great for experiencing the best speeds:

PrivateVPN uses a mix of physical servers and virtual servers. It owns some of its servers and leases others. While this isn’t ideal, PrivateVPN ensures that those leased servers are not keeping user logs by setting them up themselves and monitoring the servers remotely.

PrivateVPN is one of the absolute best VPN services for streaming.

It makes streaming easy by organizing its locations list into servers optimized for streaming video content on Netflix and BBC iPlayer.

PrivateVPN also has dedicated VPN servers for 18 other streaming channels including:

PrivateVPN is also great for torrenting.

P2P is allowed on all servers, and there are P2P-optimized servers in 17 countries. From within the VPN app, you’ll see these servers under ‘Dedicated IP/Torrent’ within the ‘By Service’ servers list.

PrivateVPN is one of the safest choices for torrenting due to its no-logs policy, host of security features, and fast uploads and downloads.

PrivateVPN is ideal for Kodi, too.

Works reliably in China thanks to Stealth VPN protocol

PrivateVPN is a good VPN for China.

Its advanced privacy tools and Stealth VPN protocol, which hides the fact you’re using a VPN, meaning that PrivateVPN is one of our most reliable VPN choices for China – or for bypassing censorship in any other country, for that matter.

Thanks to the Stealth VPN feature, you can also use PrivateVPN in the United Arab Emirates, Saudi Arabia, and Turkey too. With plenty of nearby Asian servers, speeds should remain fast.

PrivateVPN also provides Tor over VPN if you’re looking for an extra layer of security.

PrivateVPN has custom VPN apps for the most popular platforms, including:

For any other platforms, like Linux, there are plenty of manual setup guides online to help you through it.

You can connect up to six devices at the same time, which makes PrivateVPN a good choice for those who want to protect not only their devices but their family’s too.

On top of custom apps for the four most popular platforms, PrivateVPN provides solutions for smart TVs too.

PrivateVPN is one of very few providers to offer a dedicated VPN app for the Amazon Fire TV Stick, meaning all you have to do is download the app from the store and you’re ready to go.

In order to protect games consoles or any other streaming device, you’ll need to connect them to a configured router or another device running the PrivateVPN app, such as a laptop or smartphone.

Unlike the majority of our other top-ranking VPNs, PrivateVPN has no browser extensions.

If that’s important to you, we’ve compiled detailed guides for the best Chrome VPN extensions and the best Firefox VPN add-ons.

It’s not just a name – PrivateVPN really is a truly secure and safe VPN, with lots of advanced features in place to make sure your data and browsing habits are kept as private as possible. 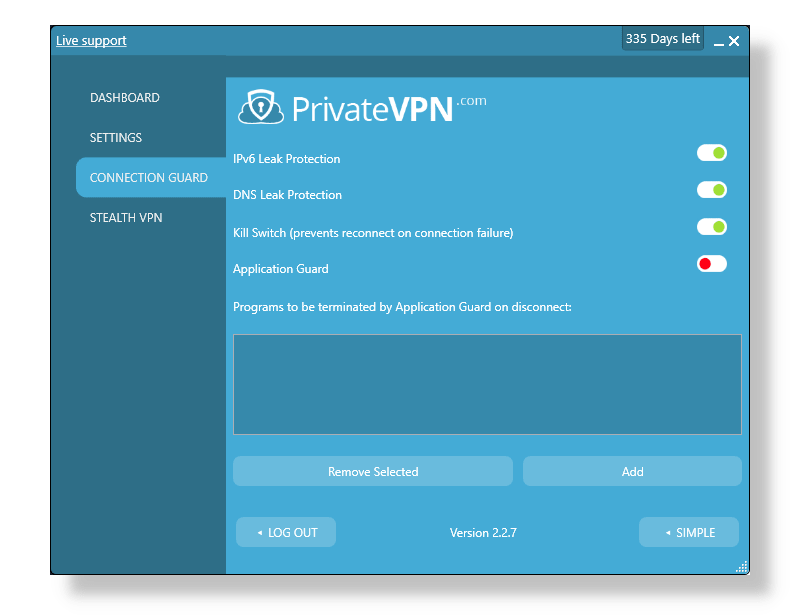 PrivateVPN provides near-uncrackable AES-256 encryption, the OpenVPN protocol – our personal favorite, and DNS servers operated by PrivateVPN so that your traffic doesn’t take any unexpected diversions.

You can choose to connect using other VPN protocols (PPTP and L2TP) but we don’t recommend them as they don’t provide the same level of security. In fact, PPTP is unsafe to use.

PrivateVPN has a VPN kill switch for Windows to keep you safe if your connection drops, but it’s missing for MacOS and mobile devices, which is disappointing.

Our thorough VPN testing detected no DNS or IPv6 leaks, and you can also use Tor over VPN or TCP Port 443 for even greater security. 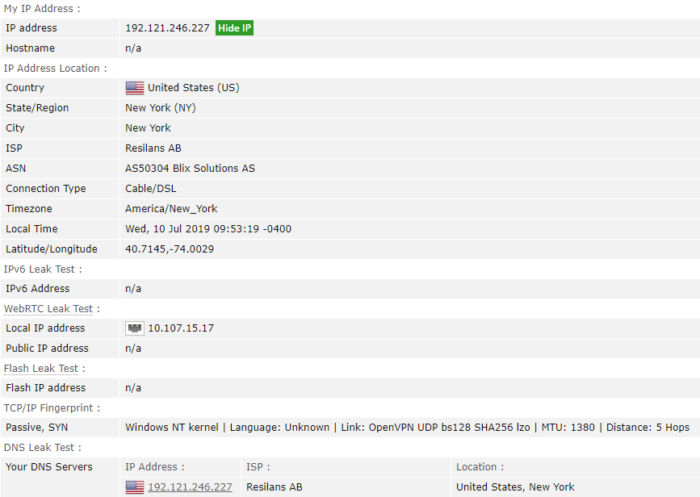 PrivateVPN browserleaks.com test results while connected to a US server. We test from the UK.

How to Install & Set Up PrivateVPN

Downloading and installing PrivateVPN is incredibly easy and takes only a matter of minutes. There are step-by-step installation guides for loads of popular devices on the website if you need help.

The desktop and mobile PrivateVPN apps are very similar in appearance, and everything is clearly labeled and accessible – although mobile users should beware that the Android and iOS versions are missing the kill switch.

PrivateVPN’s apps don’t provide integrated support, either, so newbies or those looking for assistance will need to head online for help.

PrivateVPN does have a live chat help feature on its website, but it’s not available 24/7, which is less than ideal.

The chat box is either red or green depending on whether or not it’s available – there doesn’t seem to be any way to predict exactly when that will or won’t be. When it’s unavailable PrivateVPN brings up an online form instead.

Email replies to the online form are fairly quick, and the support agents are very knowledgable and friendly.

Even if the live chat isn’t active when you need it, PrivateVPN’s online resources and FAQs should be able to see you through most issues.

PrivateVPN is affordable with a sizable 83% saving available when taking out a two-year plan. $1.89 per month for the duration is an extremely enticing price for a service the quality of PrivateVPN.

There are also shorter plans available, but these work out to be more expensive on a monthly basis.

PrivateVPN accepts a fairly limited number of payment methods, but there is an option to pay in cryptocurrency for a higher level of privacy:

PrivateVPN offers a seven-day free trial completely risk-free. You don’t need to provide any payment details, just an email address, and you’ll have full access to the service for a week.

There is also a 30-day money-back guarantee for all users, and the only conditional is that you use less than 100GB of data in the period.

You will need to provide a reason for asking for your money back, but all refunds are processed within five business days of them being requested if you have second thoughts.

Do We Recommend PrivateVPN?

PrivateVPN may be small, but its an easy VPN to recommend.

PrivateVPN is fast, secure, reliable, and so cheap that it’s almost impossible to ignore.

PrivateVPN's total server count pales in comparison to CyberGhost's - if you want a wider range of options then CyberGhost is an affordable, reliable option. Read CyberGhost review

Already use PrivateVPN? Tell us what you think.

Great price, great product ,works as advertised, best vpn i have used to date.Fast,simple to use, works well with us netflix and bbc iplayer.Did i say fast?

Sometimes its fast and sometimes it's really slow depending on time in the day. During peak hours you are forced to switch servers because your connection slows down when lots of people are signed on.