Windscribe works very well with Netflix. Its free version consistently unblocks UK Netflix and can access up to 6 libraries. Plus, Windscribe Pro works with 32 Netflix regions, which is way more than any other VPN service. We highly recommend using Windscribe to unblock Netflix from overseas. 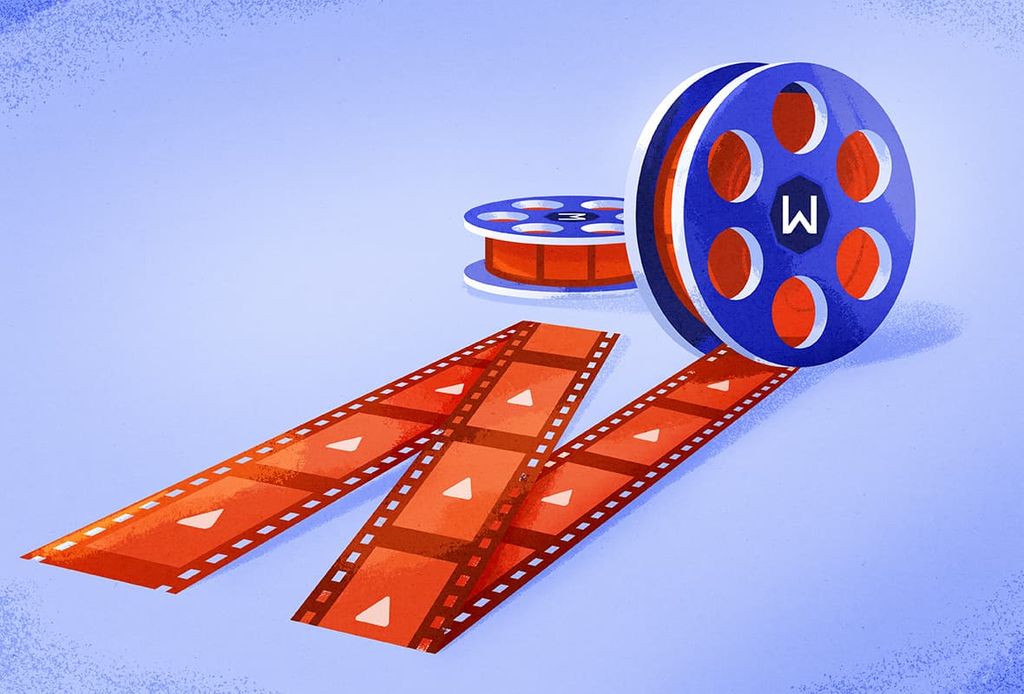 The best way to unblock Netflix’s entire catalog of TV shows, documentaries, and movies is to use a virtual private network (VPN).

A high-quality VPN masks your IP address and lets you bypass Netflix’s M7111-5059 error code, to stream videos unavailable in your country.

We regularly test and review Windscribe, and we can confirm both its free and paid versions work well with Netflix.

Windscribe Free works with 6 libraries, including the UK, but no longer with the American catalog.

On the other hand, Windscribe Pro unblocks 32 Netflix regions, which no other Netflix VPN can match.

EXPERT ADVICE: Windscribe’s speeds are slower than other top Netflix VPNs. For UHD 4K streaming, we recommend ExpressVPN, which unblocks 10 Netflix regions including Netflix US. Try ExpressVPN for free for 30 days.

In this guide, we’ll walk you through the results of our streaming tests using Windscribe Pro and Windscribe Free.

Is Windscribe a Good VPN for Netflix? 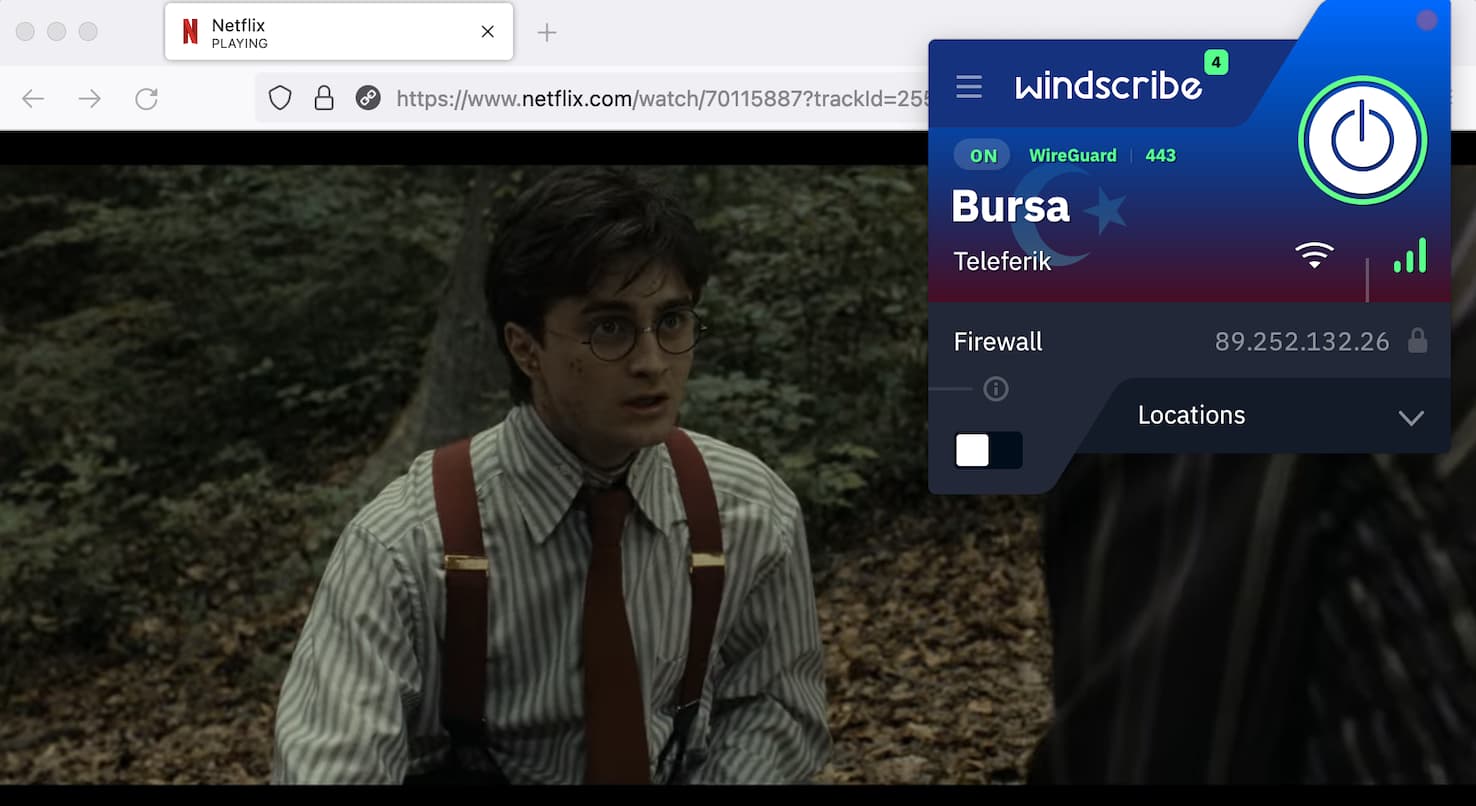 Windscribe’s premium app is one of the best available for unblocking Netflix. It works with 32 Netflix libraries, which is more than any other VPN we’ve tested.

The VPN also delivers fast and reliable connection speeds, and works well on a range of devices.

Costing just $5.75 per month, Windscribe Pro is an excellent choice for Netflix and it won’t break the bank.

Here’s a quick overview of the pros and cons of using Windscribe for Netflix:

The rest of this section takes an in-depth look at the features that make Windscribe Pro both good and bad for streaming.

However, skip to the next section to read more about Windscribe Free.

Unblocks More Netflix Libraries Than Any Other VPN

We put together a list of what we consider the most desirable Netflix regions, and Windscribe Pro unlocked nearly all of them. The only failure was Ireland.

Our tests show you can use Windscribe to access 32 Netflix regions from abroad, including:

It’s rare for a VPN to unblock so many international Netflix libraries. Many VPNs work with American and British Netflix, but it’s uncommon to see access to South Korea, Thailand, and India. Norton VPN only unblocks the US Netflix Library, for example.

On a similar note, Windscribe Pro is the only VPN we’ve tested capable of changing your Netflix region to Mexico and Russia.

EXPERT TIP: Visit uNogs.com to see where a movie or TV show is available. With access to 32 Netflix regions, chances are you can use Windscribe to watch it.

For reference, Netflix recommends a bandwidth of:

Here’s how Windscribe performed in our latest longer-distance speed tests:

We were often able to stream in HD or Ultra HD quality connected to servers in Europe or North America. However, speeds did fluctuate at times.

On the plus side, you can use Windscribe on as many devices as you want, so it’s a good option for households with multiple devices. Be aware that the more devices you connect, the greater the strain on your internet connection.

Windscribe Easily Streams Netflix On a Range of Devices

The VPN offers easy-to-use, custom apps for all major devices and platforms, including Windows, macOS, iPhone, and Android. 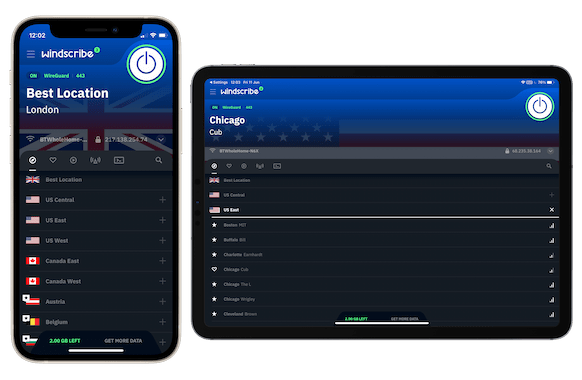 Windscribe’s app for iPhone and iPad.

Windscribe also has native apps for Android TV, Amazon Fire TV Stick and Nvidia Shield. Although they’re less user-friendly, they aren’t difficult to set up and use on your TV.

Using a VPN is trickier if you want to stream Netflix on your Apple TV, PS4/5 or Xbox. Below are two workarounds: 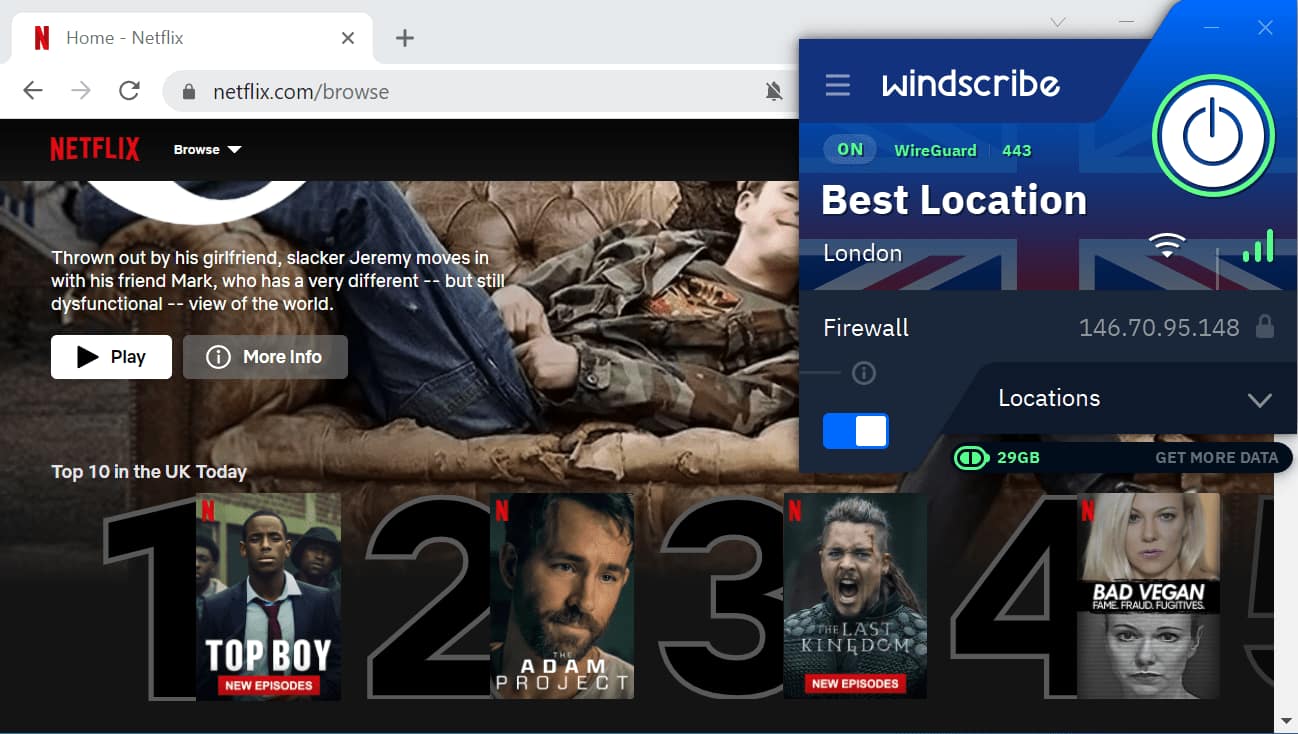 Windscribe Free is one of only a few free VPNs that reliably work with Netflix. It unblocks UK Netflix and 6 other Netflix regions, with consistently good download speeds.

This is impressive given it’s almost impossible for a free service to continuously bypass Netflix’s geo-blocks. We’ve tested hundreds of free VPNs, and Windscribe Free is the only truly effective one for streaming.

Out of Windscribe Free’s 10 server locations 6 of them are able to unblock Netflix. They are:

In practice, however, Windscribe Free’s smaller network means that servers are often more congested, which can lead to slower speeds.

Our tests show that the speed drop can reach up to 30% at peak times. Nevertheless, we were always able to stream movies in HD using Windscribe Free.

Using the app is simple: just connect to one of those 6 VPN locations and you can start streaming its Netflix library.

There are no ads in the Windscribe Free apps, either. It is highly unusual to find a service this good that’s both free to use and doesn’t pester you with ads.

The downside is a 10GB monthly data limit. It’s generous, considering the software is free, and it’s one of the highest allowances among free VPNs.

If you streamed Titanic, The Wolf of Wall Street, or other long movies, it would consume almost all your monthly data allowance in one sitting.

How to Use Windscribe for Netflix

To stream Netflix with Windscribe, you’ll need to:

EXPERT TIP: To optimize Windscribe for Netflix, check the Unlock Streaming option is enabled within the My Account section of your app.

Windscribe Not Working with Netflix? Try These Tips

Based on our Windscribe tests, both Free and Pro versions reliably work with Netflix in 2022.

The streaming service is always working to try to enforce its VPN ban, though, so some servers may be identified and blocked from time to time.

The M7111-5059 Netflix error message means Netflix has spotted your attempt to spoof your location. “You seem to be using an unblocker or proxy,” it says.

To get around the Netflix VPN ban, try these workarounds and fixes:

Windscribe’s Windflix severs used to be the only way the VPN was able to unblock Netflix. However, in March 2020, Windscribe announced that all its servers had been updated to support streaming, and that’s why it’s such an effective service today.

While you you no longer need to use Windflix servers to unblock Netflix, these servers are still specially optimized for streaming and so are more likely to beat the blockers.

2. Connect to a Different Server

Re-connecting to any new server may also solve the problem. Netflix generally blocks VPNs by identifying and blacklisting their servers’ IP addresses. While your current server has been blocked, it’s possible that others in the same region might still be working.

Third-party software, such as firewalls, may be interfering with your connection. Navigate to your device’s settings and turn these off. Then try again to access Netflix.

In the Preferences menu of your Windscribe app (under the Connection settings) you’ll be able to change which is being used. The default is IKEv2, but you can try OpenVPN (TCP or UDP) instead to see if that works for you.

Windscribe’s customer support doesn’t include a live chat feature, which is a shame. But you can submit a ticket and wait for a reply.

We’ve found we usually get a response within a day, but we’re hoping Windscribe will improve its support service in the future.