The best Australia VPNs run secure servers inside and outside of Australia. They protect your internet privacy and security, and unblock streaming services worldwide, like SBS On Demand or US Netflix.

Free VPNs are tempting, but most free VPNs are not safe to use and do not operate Australia servers. They’re often filled with intrusive ads or limited by data usage caps, unsafe logging practices, and an inability to unblock streaming sites.

We’ve tested 150+ free VPNs to find the best and safest ones that let you get an Australian IP address. Some even bypass Australian and international geo-restrictions.

Following our Australia-specific tests, the best free Australia VPNs are:

The free VPNs above encrypt your data transfers and successfully mask your IP address. However, if you need a fast VPN with many Australian servers and zero restrictions, you’ll have to get a premium VPN.

Here’s a summary of the overall best premium Australia VPNs in 2022:

Comparison of the Best VPNs for Australia

Use the table below to compare each top-rated Australia VPN based on its international speeds, price, Australian server network, and streaming capabilities:

We assessed each Australia VPN according to its number of Australian servers, unblocking capabilities in and outside of Australia, connection speeds, and protection against ISP monitoring of your web browsing.

The table below shows each VPN’s performance ratings based on the key categories we tested them for:

Unlike many review websites, we’re completely independent and focused on VPN software. We’ve spent thousands of hours testing and reviewing Australia VPNs using our Australia VPN testing process to recommend the best ones.

Here are some of our key Australia VPN testing statistics:

We’ve been testing and reviewing 56 VPN services since 2016, including some of the most popular VPNs used by Australians.

The six paid and free VPNs we recommend above are based on the results of our testing. Here’s a list of popular VPNs we tested but don’t recommend for Australia:

What we don’t like: Astrill VPN is one of the best VPNs for security and censorship, but it doesn’t support Australian Netflix and its Australian connections are slower than the competition. It’s also the most expensive VPN on the market at nearly $20.00 (AUD) per month.

What we don’t like: CyberGhost has 150 Australian servers, which is a lot, but it doesn’t allow P2P activity on those servers, meaning torrenters aren’t well served.

What we don’t like: IPVanish is a zero-logs VPN that almost made the cut, but it’s slow and doesn’t unblock Australian streaming services overseas, including Australian Netflix, SBS On Demand, or ABC iView.

What we don’t like: PIA used to be on the list for Australian VPNs and it’s still a good choice, but it doesn’t disclose the number of Australian servers it maintains. On top of that, it’s not as reliable for Australian Netflix and SBS On Demand.

What we don’t like: Although PrivateVPN works with Australian and international streaming services, its long-distance speeds are slower than the competition.

What we don’t like: We think highly of Windscribe Free, but it has no Australian servers. That means you cannot get an Australian IP address or access Australian websites.

The table below offers a glimpse at other VPNs we tested for Australia, but do not recommend:

How to Get an Australian IP Address Using a VPN

You can get an Australian IP address by connecting to a VPN that includes servers in Australia. You can see how easy it is to get an Aussie IP address in the video below. We use ExpressVPN as an example.

It takes 30 seconds to get an Australian IP address using a VPN.

How to Watch American Netflix in Australia

Even if you’re based in Australia, you can still stream US Netflix with a VPN. Netflix tries to block VPN traffic, so you’ll need a VPN that we’ve verified works with Netflix. In the video below, we show you how to use ExpressVPN to watch American Netflix from Australia:

It only takes 40 seconds to access US Netflix from Australia using a VPN.

Why You Need an Australia VPN

You might need an Australia VPN for two reasons:

1. You live in Australia and want to protect yourself against aggressive online surveillance and censorship, or to stream video content that’s unavailable in Australia.

2. You live outside of Australia, or are temporarily traveling abroad, and want an Australian IP address to access georestricted Australian websites and streaming services.

Australia has some of the most aggressive online surveillance, censorship, and copyright laws of any liberal democracy in the world. In 2012, Reporters Without Borders even listed the country as an “internet enemy” due to its content filtering system.

Let’s look at the facts: 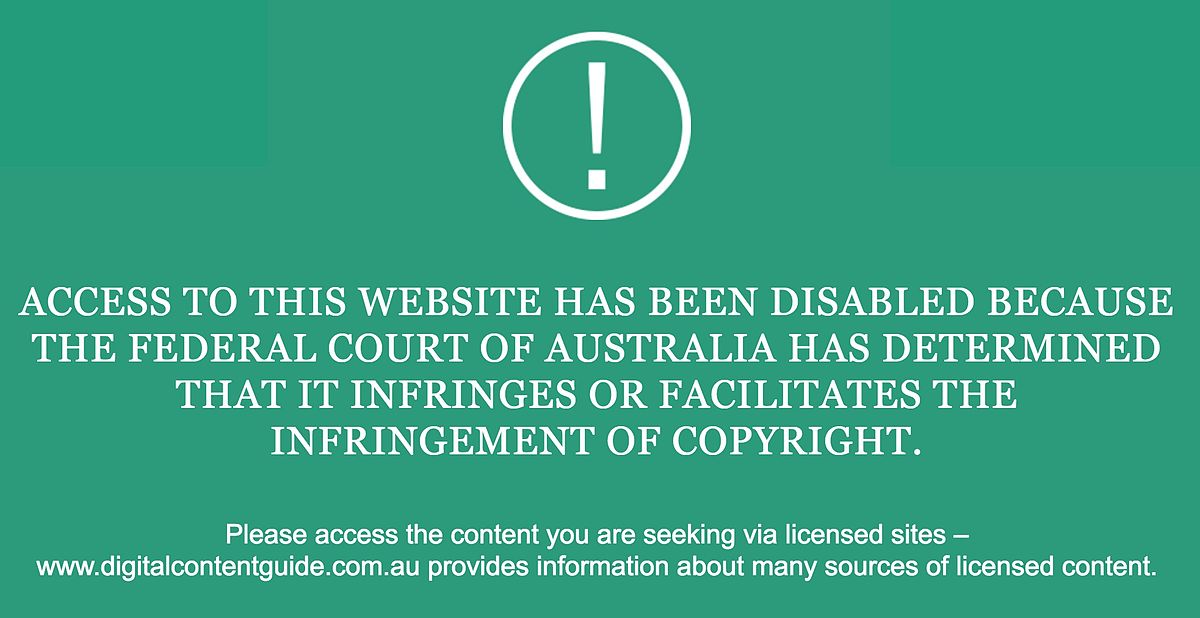 VPNs encrypt your internet traffic and hide your public IP address, which makes your browsing activity much harder to track. This prevents ISPs from storing your online activity, stops websites from seeing your IP address, and protects against intrusive online surveillance.

VPN software will connect your device to a server in a different country, allowing you to bypass Australian web filters and access restricted websites.

How We Test Australia VPNs

When testing Australia VPNs, we assess for key deciding factors, including:

Below is a more specific breakdown alongside the percentage each criteria makes up of the overall Australia VPN score.

The fewer VPN servers a VPN has, the more congested the network will be – resulting in slower speeds.

Most VPN services typically have much fewer servers in Australia than they do in Europe and North America.

For each VPN we count the number of servers on offer in Australia and in how many locations. VPNs with a large number of Australian servers are rewarded.

All of Australia’s major cities are on the coast, so we also reward coast-to-coast server coverage that ensures no user has to put up with slow VPN speeds.

VPN speeds are especially important in Australia, where VPN services usually pay less attention to their infrastructure than other countries.

We regularly test for international download speeds when connecting from Australia to distant countries like the US and UK.

We then compare these speeds against our normal speeds without a VPN, and use these figures to calculate a percentage speed loss figure.

In both cases, we recommend the VPNs with the lowest percentage speed loss, ensuring you can browse, stream, and torrent with as little slowdown as possible.

We test for VPNs that can effectively access the largest number of streaming libraries – both in Australia and overseas.

That means the top-rated Australia VPNs work with both US and AU Netflix libraries, as well as Australia-specific platforms like Binge, Stan, Kayo Sports, and Foxtel Now.

A good VPN also provides P2P-optimized servers and online protections for those interested in torrenting, which is particularly important in Australia due to its strict copyright laws.

We read every VPN privacy policy in detail to check whether the service stores your usage data.

The top-rated VPNs have a strictly no-logs policy. This means they collect and keep none of your activity or connection data, including your IP address.

Our experts also use packet-inspection tests to check for AES-256 encryption, data leaks, and OpenVPN functionality to keep your data secure when using public WiFi.

This also ensures that Australian ISPs cannot monitor or log your browsing activity.

Are VPNs Allowed in Australia?

VPNs are perfectly legal to use in Australia. There are no laws that prevent people from using one.

VPNs are reputable tools that private individuals and businesses use the world over to protect their sensitive data.

From using public WiFi, shopping online, or protecting yourself against hackers, VPNs are useful safety tools.

However, just because a VPN protects your privacy it does not mean you are exempt from any law when using one, including copyright infringement. What’s illegal without a VPN is illegal with one.