Want to use one of the best VPNs without paying a cent? In this step-by-step guide, we'll show you how to get NordVPN for free for up to 30 days. 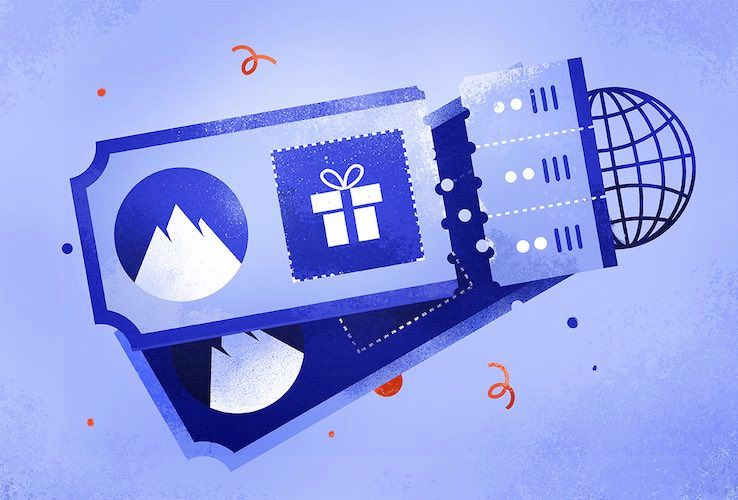 Unfortunately, free VPNs usually come with restrictions that limit their functionality, or they aggressively collect user data to sell on to advertisers. That’s why you should use a free trial or money-back guarantee from a premium VPN and try out NordVPN.

There is no way to get NordVPN totally for free. Instead, NordVPN offers a seven-day free trial to all new subscribers from iOS and Android. It also has a generous 30-day money-back guarantee for Windows, Mac and all other platforms.

Within this period, you’ll have full access to one of the fastest VPNs available. You’ll also be able to unblock Netflix and other streaming sites, without any data caps or feature limitations.

Our method to get NordVPN for free is simple, 100% free, and doesn’t involve any risk.

HOW TO GET NORDVPN FOR FREE SUMMARY

For Android and iOS, you will be automatically enrolled onto NordVPN’s seven-day free trial when signing up in the app. For Windows and MacOS, you can sign up and be refunded using its 30-day money-back guarantee. In both cases, make sure to cancel your subscription within the allotted period.

How to Get a NordVPN Free Trial

The NordVPN free trial is only available when signing up on Android and iOS. But once set up, you can use the VPN on any platform. As NordVPN allows six simultaneous connections, this allows you to encrypt traffic on Windows, MacOS, Fire TV, and the rest of your internet-connected devices.

To avoid accidental charges, make sure to cancel your NordVPN free trial immediately. You will still have access for the following seven days.

How to Use NordVPN’s Money-Back Guarantee

To hack NordVPN’s money-back guarantee and get 30-days for free, just follow the steps below. This method works on both Windows and MacOS devices.

How to Cancel NordVPN & Get a Full Refund

To cancel your NordVPN 30-day free trial and receive a full refund, follow the steps below.

To take full advantage of NordVPN’s money-back guarantee, make sure to cancel as close to the 30 days as possible.

After putting 69 VPNs through our unbiased testing process, we found that NordVPN is the second-best VPN available. It has extremely fast connection speeds, a secure no-logs privacy policy, and it unblocks Netflix and all other streaming sites.

What’s more, all of these features are available to use with the VPN’s seven-day free trial and with its 30-day money-back guarantee.

Here is a quick summary of the pros and cons to using NordVPN’s free trial:

All of NordVPN’s apps are easy-to-use, so you’ll have no problem getting started with the VPN. It’s also backed by industry-leading security features including AES-256 encryption, a safe VPN kill switch, and DNS leak protection.

NordVPN also has the fastest version of the WireGuard protocol we’ve tested. Called NordLynx, the VPN has optimised the protocol for the best connection speeds. When connecting from London in our latest series of tests, our 100Mbps connection stayed at a speedy 98Mbps on a nearby server, and an impressive 93Mbps when connected to a US server.

In addition, we found that NordVPN unblocks US Netflix in 4K UHD, along with BBC iPlayer, Disney+, Hulu, and HBO Max. We were also able to torrent using 4,000 of NordVPN’s P2P-optimized servers, which are tuned to facilitate fast and private torrent downloads.

NordVPN is a well-rounded VPN that includes more features than most other services. Although it doesn’t provide a true free trial on all platforms, its generous 30-day money-back guarantee allows you to use the VPN without paying a cent.

For a more detailed look at NordVPN, read our dedicated review.

How Does NordVPN Compare to Other Free Trial VPNs?

NordVPN is one of the best VPN services on the market. It includes a seven-day free trial on mobile and a 30-day money-back guarantee on all platforms. Currently, it’s our fourth best VPN free trial, sitting below ExpressVPN.

ExpressVPN is the best VPN with a 30-day virtual free trial. It’s also the best overall VPN in 2021. Like NordVPN, it comes with a true seven-day free trial on Android and iOS. It also offers a risk-free 30-day money-back guarantee on all platforms.

Unlike NordVPN, ExpressVPN allows torrenting on all its servers, it unblocks 20 different Netflix libraries, and it consistently works in China. ExpressVPN is also easier to use and provides greater platform support.

In short, ExpressVPN beats NordVPN in most areas. Just remember to cancel before the 30 days are up, if you don’t want to be charged.

Read our ‘NordVPN vs ExpressVPN’ guide to compare the two VPNs.

Taking advantage of the free trial and money-back guarantee will allow you to use NordVPN for free, but there are important differences that you should know about.

Here is the difference between a VPN free trial and a money-back guarantee:

Money-Back Guarantee
You have to pay for a NordVPN subscription upfront, but you’re then guaranteed a refund if you cancel within 30 days. You will receive your refund up to 10 business days after requesting it.

Free Trial
Only available when signing up on iOS and Android and lasts for just seven days. Although it requires a valid payment method, NordVPN’s free trial doesn’t take any payment until the trial period is over, so you never have to spend any money.

Generally speaking, we recommend you use NordVPN’s money-back guarantee and not its free trial. Although you will have to pay the $11.95 subscription fee upfront, you can use NordVPN for up to 30 days, compared with just seven days for the free trial.

Unlike many other VPNs, NordVPN’s money-back guarantee doesn’t come with any limits, either. This means that you can stream, torrent, and encrypt as much data as you want for free, so long as you remember to request your refund before the 30 days are up.

Is a NordVPN Free Trial Safe?

Yes. By taking advantage of the NordVPN free trial and money-back guarantee, you will be using the exact same product as paying subscribers.

The one safety issue to note is that NordVPN was subject to a server breach in 2018. However, this only served to prove how safe NordVPN is. Although a server was accessed, the VPN tunnel was not compromised and no traffic was monitored. NordVPN has also improved its security since, introducing bug bounty programs and diskless RAM servers. You can read more about the NordVPN server breach here.

Should I Just Use a Free VPN Instead?

Sadly, the vast majority of free VPNs are not safe to use. Our independent investigation found that 10 of the most popular free mobile VPNs in the US are secretly Chinese-owned, with many collecting an invasive amount of user data.

There are few safe free VPNs, though, but these do come with limitations. We currently rank Windscribe as the best free VPN, as it’s the only one that unblocks streaming sites like US Netflix, Hulu, and BBC iPlayer. However, its free plan comes with a 10GB monthly data allowance — allowing you to stream just four hours of HD video per month.

As a result, we recommend you stick to NordVPN’s free trial if you can’t afford a monthly VPN subscription. NordVPN doesn’t impose any restrictions on free trial users, so you can connect to servers in 59 countries and don’t have to worry about a monthly data allowance.

Can I Get NordVPN Free Trial Without a Credit Card?

No, NordVPN no longer allows you to sign up for a free trial without a credit card.

NordVPN previously offered a three-day free trial that didn’t require a credit card or other payment method, but it’s now been discontinued.

After we contacted it, a NordVPN representative told us that it terminated this plan due to “widespread abuse.” The representative stated that users were signing up for the free trial multiple times by using fake email accounts, thereby overloading the VPN’s server network and worsening the experience for paying subscribers.

Although we hope it reintroduces this in the future, you currently need a valid payment method to make use of NordVPN’s free trial.

How Much Does NordVPN Cost?

NordVPN is a superb VPN service, so it’s certainly worth paying for a full subscription if you want to use it for longer than 30 days.

NordVPN comes with three subscription plans, allowing you to pay monthly, yearly, or every two years. The monthly plan costs $11.95 and the yearly plan works out at $4.92 a month. The two-year plan comes with a 68% discount and costs just $3.71 a month.

The large discounts available on the longer-term plans make them a much better deal than paying monthly. The only drawback is that you have to pay the total subscription cost upfront, which is common practice.

What Payment Methods Does NordVPN Accept?

When signing up on mobile, you can use your usual payment method on the App Store or the Google Play Store.

Disappointingly, NordVPN does not allow you to pay via PayPal. The VPN provider claims this is to reduce security risks, but we don’t find that claim very convincing. To simplify the signup process, we’d like NordVPN to reintroduce PayPal payments.

Can I Get a Discount on a Paid NordVPN Subscription?

Disappointingly, NordVPN does not allow you to save money through a referral scheme. Some other VPNs, like ExpressVPN, allow you to get 30 days free for every friend you refer to the service.

NordVPN does offer six months free to people “in extreme cases of censorship or online privacy violations.” However, this only applies to journalists, activists and politicians.

If you’re located in a country with aggressive online censorship, notify NordVPN by filling in the form on NordVPN’s emergency VPN assistance page.