The best free and premium VPN extensions for Firefox secure your web traffic, hide your IP address, and unblock geo-restricted websites, including Netflix.

Based on our latest tests, the best VPN Add-ons for Firefox are:

ExpressVPN is the best VPN for Firefox in December 2022. Its user-friendly VPN extension encrypts all your web browser traffic and hides your IP address via 160 global server locations. ExpressVPN is also capable of unblocking dozens of streaming websites.

Comparison of the Best VPN Add-ons for Firefox

The table below compares the top VPNs for Firefox based on level of encryption, access to US Netflix, number of servers, and more:

Unlike many review websites, we’re completely independent and focused on VPN software. We’ve spent thousands of hours testing and reviewing VPN add-ons using our Firefox VPN testing process to recommend the best ones.

Here are some of our key Firefox VPN testing statistics:

Use the table below to see how the best VPNs for Firefox perform in our key testing categories:

EXPERT ADVICE: Beware, many Firefox VPN add-ons are web proxies that don’t encrypt data transfers. Many also log your web browsing data. We also reviewed Mozilla VPN, Firefox’s own VPN, but it’s not built-in to Firefox and it doesn’t include a browser extension, either.

Currently, the best free Firefox VPN is CyberGhost. Although the extension only has four countries to connect to, with very few additional security features, it does encrypt your web traffic with 128-bit encryption. 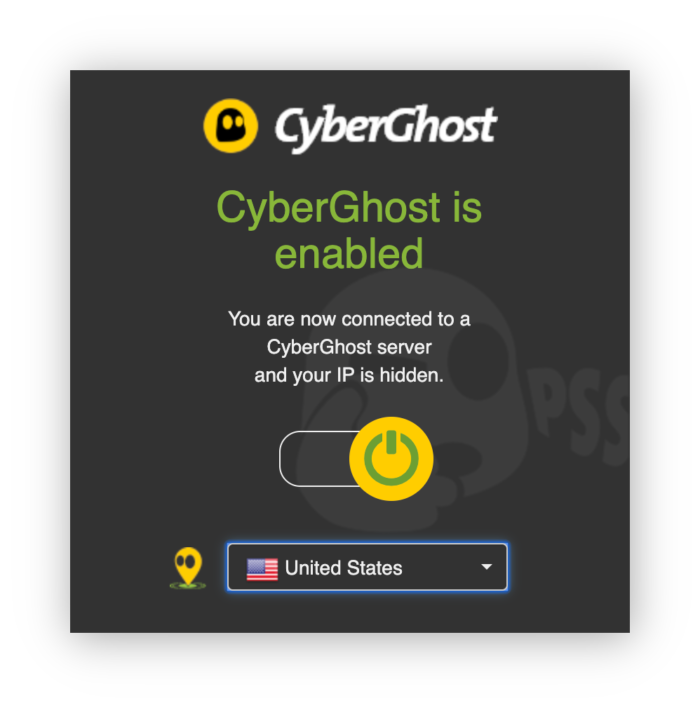 The video below shows how easy it was for us to unblock US Netflix using the CyberGhost Firefox extension:

Do I Need a VPN for Firefox? 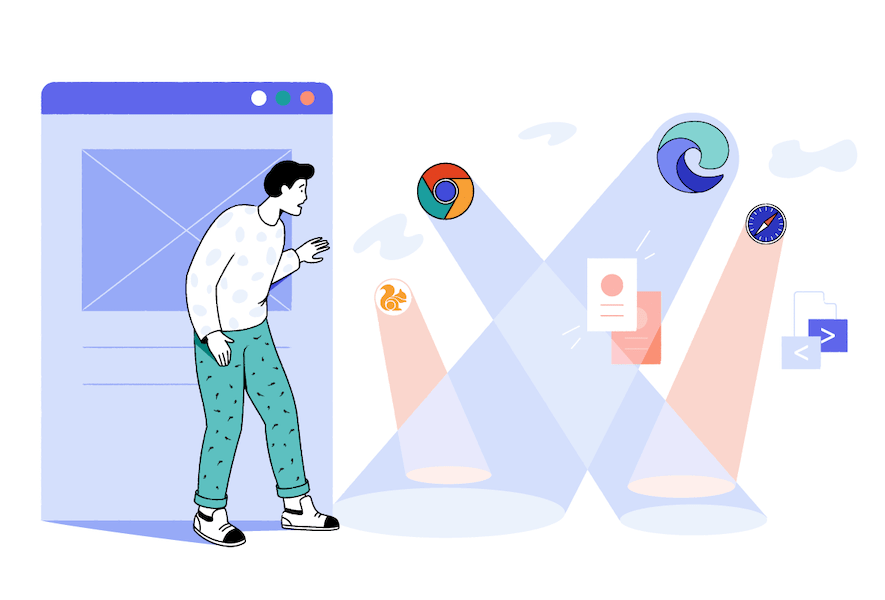 Firefox has a reputation for being more privacy-friendly than Google Chrome.

There’s some truth to the statement above. With some configuration, we recommend Firefox as the best browser for privacy.

However, just browsing the web with Firefox won’t protect your online privacy and security – you can still be tracked or hacked.

Firefox itself has warned as much:

“Private Browsing doesn’t make you anonymous on the internet. Your internet service provider, employer, or the sites themselves can still gather information about pages you visit. Private Browsing also doesn’t protect you from keyloggers or spyware that may be installed on your computer.”

VPNs encrypt all internet traffic flowing through your device. They mask your real IP address with a fake one. No browser can do this, and it ensures your online searches remain private.

If you already use a VPN on your desktop computer, you don’t necessarily need a VPN browser add-on. Your web traffic will still travel through the encrypted VPN tunnel.

However, a Firefox-specific VPN extension comes with additional and convenient features. This includes ad and malware blockers as well as WebRTC leak protection.

Also, VPN extensions can be easier to use. A browser VPN is instantly accessible as you’re browsing the web. You can change IP address without having to open the VPN application.

How to Add a VPN Extension to Firefox

To use a VPN with Firefox, start by searching for your chosen VPN on the Firefox add-ons website.

Once you’ve added the extension, depending on whether it’s free or not, you may have to sign in with your VPN account credentials.

From here, you’ll be able to choose the VPN server location and connect from within your Firefox browser window.

Some Firefox VPN browser extensions, like ExpressVPN’s, require the main application/client to run simultaneously. Otherwise, the VPN extension won’t work on its own.

For detailed setup instructions, read our guide on how to set up a VPN on Firefox.

How to Stop WebRTC Leaks on Firefox 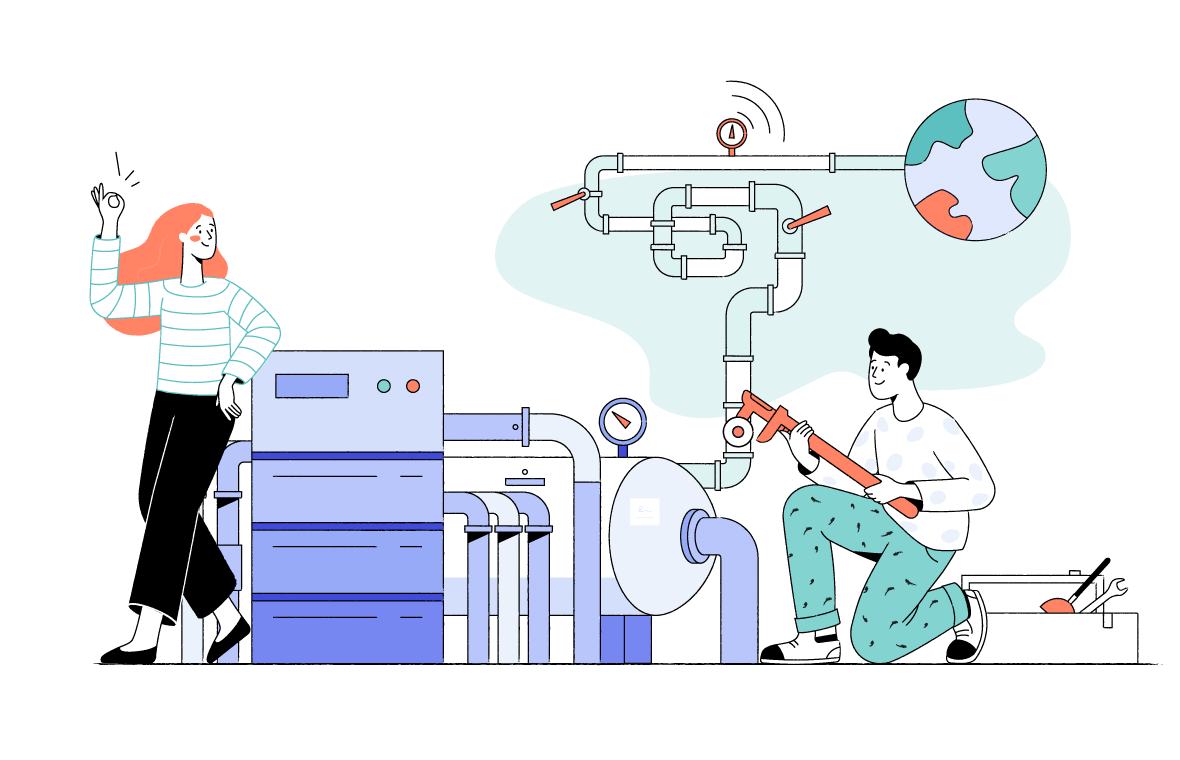 WebRTC is a browser-based technology that allows audio and video communications to work inside the browser. But it’s not great for privacy.

WebRTC can reveal your true IP address even when you use a VPN – we call these WebRTC leaks.

The best VPN services and browser extensions block WebRTC leaks so that your real IP address remains hidden and protected.

To be extra sure, we recommend disabling WebRTC manually within Firefox’s settings. That’s because many VPNs suffer from WebRTC leaks even with leak protection enabled.

How We Test VPNs for Firefox

The process of rating VPN browser extensions is different to the one we use for full VPN applications.

While a full VPN app may stream US Netflix easily, its browser extension may not be as effective.

Furthermore, encryption may be different, and there could be other restrictions and subtle differences users aren’t aware of.

That’s why we start from scratch, and test all Firefox VPN extensions independently of how the full VPN application performs.

Essentially, we use our own unique rating system to test and evaluate Firefox VPN add-ons.

For Firefox extensions, we ask these key questions:

How impressively each VPN answers these questions make up its final rating. Below you can see how much of the overall rating these key testing areas make up.

Minimum Requirement: An extension that encrypts traffic.
We Recommend: Industry-standard encryption of traffic and a clear logging policy.

VPN encryption is what sets a browser extension apart from a low-level proxy, or spoofer. It’s what makes it a VPN, essentially.

While proxies can unblock websites by changing your IP like a VPN does, a VPN is different (and superior) because it works at a device-level and encrypts all the data flowing through your device. Proxies leave your data open to prying eyes.

We look for encryption protocols like OpenVPN and WireGuard and ciphers like AES-256. Those that offer less robust encryption like SSTP have a lower rating, but are still preferable over a proxy.

On top of that, we inspect the VPNs privacy policy for any differences between its full app and browser extension. We like to see them as aligned as possible, ideally identical, and for the privacy policy to be as close to zero-logs as possible.

You can read more about the differences between VPNs and proxies in our in-depth guide.

While privacy is our most important value, we’re aware that browser extensions are hugely popular as most people want to access geo-restricted streaming services.

That’s why we’ve attached 20% of our overall rating to a Firefox extension’s ability to access streaming services otherwise restricted.

We test each VPN extension on Netflix to see whether it can unblock the many different libraries across the globe. The more it can access, and the speed and ease with which it does it, the higher we rate the VPN extension.

This is particularly important for extensions, which often perform differently to the full VPN app.

Minimum Requirement: At least three countries, including one at home.
We Recommend: No difference between the full VPN and the browser extension.

The more locations available to establish secure connections the better.

While it isn’t essential to have hundreds of available countries if you simply want to spoof your IP at home, we reserve praise for VPN extensions that are as close to its full app as possible.

It also allows the possibility to connect to more streaming libraries from across the globe.

Minimum Requirement: WebRTC blocking.
We Recommend: Additional tools useful for secure Firefox browsing, such as an ad blocker or geo-spoofing.

Firefox is known to cause VPNs to leak WebRTC. This is a security risk whenever you use voice or video chat in your browser.

Beyond that, features like an ad and tracker blocker provide additional value. Best of all is a HTML geo-blocker to prevent real location reveals.

Does Firefox Have a Built-In VPN?

Firefox doesn’t have a built-in VPN. Instead, Mozilla operates two products that you can use with Firefox: a proxy extension, and a full VPN application.

The proxy add-on is called Firefox Private Network but it’s currently in beta, and available to US users only.

Keep in mind that the add-on is a proxy and not a VPN. While it will change your IP address, it won’t encrypt your web traffic.

Furthermore, the add-on doesn’t let you choose server locations to connect to. Cloudflare, which provides the proxy service, states in its privacy policy that “avoidance of geographical restrictions is explicitly not the goal.”

There is nothing wrong with Firefox’s proxy, but it lacks some of the fundamental utility offered by other proxies, and much of the security offered by a full VPN.

While we generally recommend Firefox as the best browser for privacy, the same cannot be said of its VPN extension.

The lack of important usability and security means you should use a secure Firefox VPN, instead.

While it’s not built into Firefox, and it’s not free, our Mozilla VPN tests found it to be a good VPN.

Mozilla VPN is not built-in to Firefox; you have to install it, it doesn’t have a browser extension, and it costs money – $4.99 per month on its cheapest subscription.