We highly recommend using a top Firestick VPN to hide your IP address when streaming Kodi and IPTV apps.

While you may not want to pay for a VPN, sadly many free VPNs aren’t secure. Some are even dangerous, so you have to be careful. Not to mention that many free VPNs won’t work on Firestick.

The VPNs above are completely free, reasonably fast and safe to use. They’re also easy to set up on Fire TV devices.

All free VPNs come with limitations, though. Either they have data limits, they can’t unblock streaming platforms like Netflix or Amazon Prime Video, or they block P2P traffic.

For faster and unrestricted streaming, see the overall best VPN apps for Firestick. Or, try our top choice IPVanish VPN risk-free for 30 days.

Use the table below to compare how the top free VPNs for Firestick perform in six key testing categories: 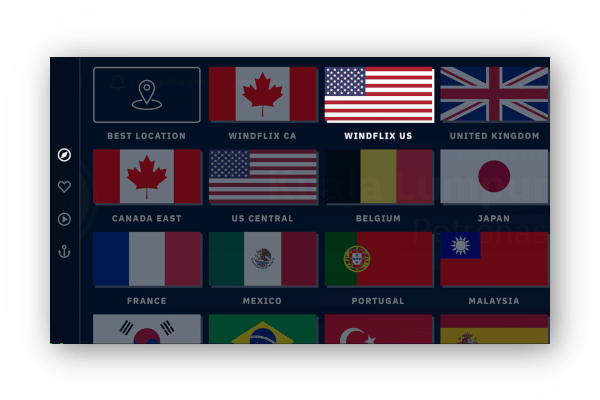 The free version of Windscribe is secure, fast, and reliable.

You only need an email address to sign up, too, with no credit card or payment details required.

Windscribe’s 10GB data-cap is limiting, though. If you’re a heavy Fire TV Stick user, either upgrade to Windscribe’s paid version, or use a premium Firestick VPN with no data usage restrictions. IPVanish (read our review here) is currently the best one.

Learn more about the differences between paid and free VPNs below.

Do I Really Need a VPN for My Fire TV Stick?

Furthermore, having a VPN running on your Fire TV Stick will mask your IP address and keep you anonymous online.

As a result, your ISP will no longer see your real IP address. This is crucial if you stream video content using Kodi and IPTV apps on your Firestick.

As we already mentioned, free Firestick VPN apps come with limitations. Our advice for users looking to stream lots of content on Firestick is to use a paid VPN instead.

How Do I Set Up a Free VPN on My Firestick?

It’s actually really easy to set up a free VPN on your Fire TV Stick, as long as the VPN service has a native app for the streaming platform.

You can download Windscribe or Hide.me directly onto your Firestick from the Amazon app store in just a few clicks.

Simply search for the VPN on your Fire TV Stick, download it, install it, and connect! This is the best option for VPN newbies. 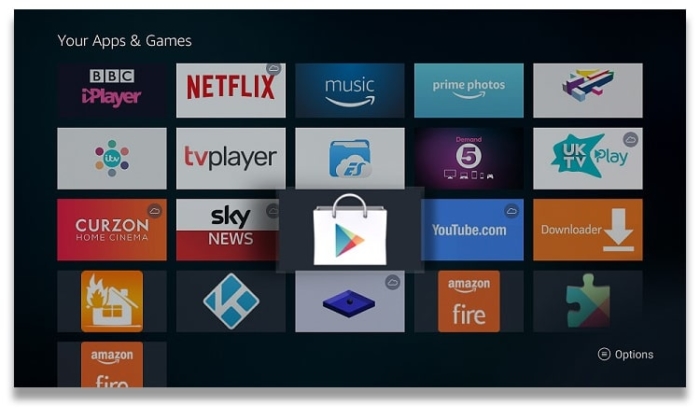 But what about VPN services that don’t have a Fire TV Stick app?

It’s still possible to use these VPNs on your Fire TV Stick, but it won’t be as simple.

Your first option is to side load the VPN’s Android app using an APK file. That’s if they have one.

Or, you can set the VPN up on your router and connect your Fire TV device to it. This way your internet traffic will flow through the VPN tunnel.

Free VPN vs Paid VPN: What's Better for Your Firestick? 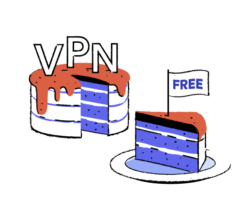 Sadly, there are many disadvantages to using free VPNs on a Fire TV device. Especially when it comes to streaming quickly and anonymously.

Plus, even the best free VPNs often don’t work with Netflix or other streaming services.

There is a very limited choice of safe and easy-to-use free VPNs for Fire TV Stick. However, there is more choice when it comes to paid-for VPNs.

You can try out premium VPN services for free by taking advantage of free trials and money-back guarantees.

The majority of free VPNs don’t work well on Fire TV devices simply because they don’t dedicated apps for the platform.

While there are plenty of free VPNs, very few have the necessary tools to be easily installed on Amazon’s streaming device.

If your free VPN doesn’t have a native Fire OS app, an APK file, or is incompatible with routers, it’ll be very hard to use on a Firestick.

We recommend the free VPNs on this page because they are fast, safe, and come with native apps for Firestick or have an APK file you can side load.

Popular free VPNs we don’t recommend for use on Fire TV devices are Avira VPN, Hotspot Shield and TunnelBear.

Netflix Error Code When Streaming on a Firestick

If you’re using a free VPN on your Fire TV Stick to watch Netflix, you’ve likely come across this error message:

“Oops, something went wrong… You seem to be using an unblocker or proxy.” 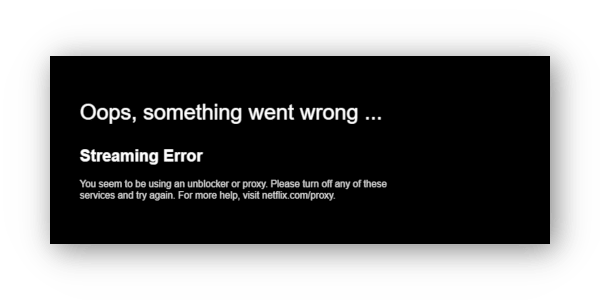 Netflix, and other popular streaming platforms, has been blocking VPN users from viewing video content.

But there are some things you can try to bypass the Netflix ban.

If all fails, you’ll have to use a Netflix VPN that definitely works.

We test every free Firestick VPN according to the same scientific methodology.

Each VPN is tested in six key performance categories. These ratings are then combined to calculate an overall rating.

For free Firestick VPNs specifically, we test for:

Here is a more detailed breakdown of exactly how we test the best free VPNs for Firestick:

Minimum Requirement: The VPN works on Amazon Firestick.
We Recommend: A user-friendly native application for Firestick.

Having a native app for Firestick is an important attribute for a top Firestick VPN. Most free VPN services simply do not have this feature.

Many free VPNs that do work on Firestick need to be side-loaded, which is a complicated process for adding third party apps onto the device.

Thankfully, there are a few free VPNs that include native apps for the device. We reward the apps that are well designed, user-friendly, and custom-built for the TV.

Streaming or running Kodi can be very data-intensive, so a generous data cap is necessary on Firestick.

Less generous free VPNs only offer around 500MB per month, which isn’t enough to stream for more than a few hours.

The best free VPNs offer 10GB a month, or 500MB a day for free. This adds up to enough for light streaming throughout the month, or a shorter high-intensity period of streaming.

The absolute minimum requirement is that a VPN works with YouTube, which almost every VPN is capable of.

Top-rated VPNs are able to stream multiple international Netflix libraries, BBC iPlayer, and other services such as Hulu, Disney+ and DAZN.

A fast free VPN for Firestick should offer average download speed of 50Mbps or faster on local connections. This is enough for smooth streaming on most internet connections, but may not be enough for HD video.

You’re unlikely to be able to stream in 4K on most free VPNs, but it is possible on the best ones.

We regularly test every VPN on a standard 100Mbps connection to achieve fair, unbiased speed comparisons between providers.

Free VPNs often have very few features on Firestick, if they have an app at all.

We test the apps in-depth and explore their feature menus, then compare the offering to what is available on other platforms.

IP leak protection is an absolute minimum, which keeps your true IP and DNS information from being exposed. The most secure Firestick VPNs will have a full kill switch to avoid leaks.

Lots of users combine Kodi with Firestick, so we specifically test free Firestick VPN apps for their compatibility with Kodi.

As the bare minimum, you’ll need P2P support to get Kodi add-ons working. Our tests ensure every VPN we recommend offers support for P2P traffic and Kodi.