VPN Demand Surges Around the World

This live tracker documents VPN demand spikes around the world and provides context for these increases. 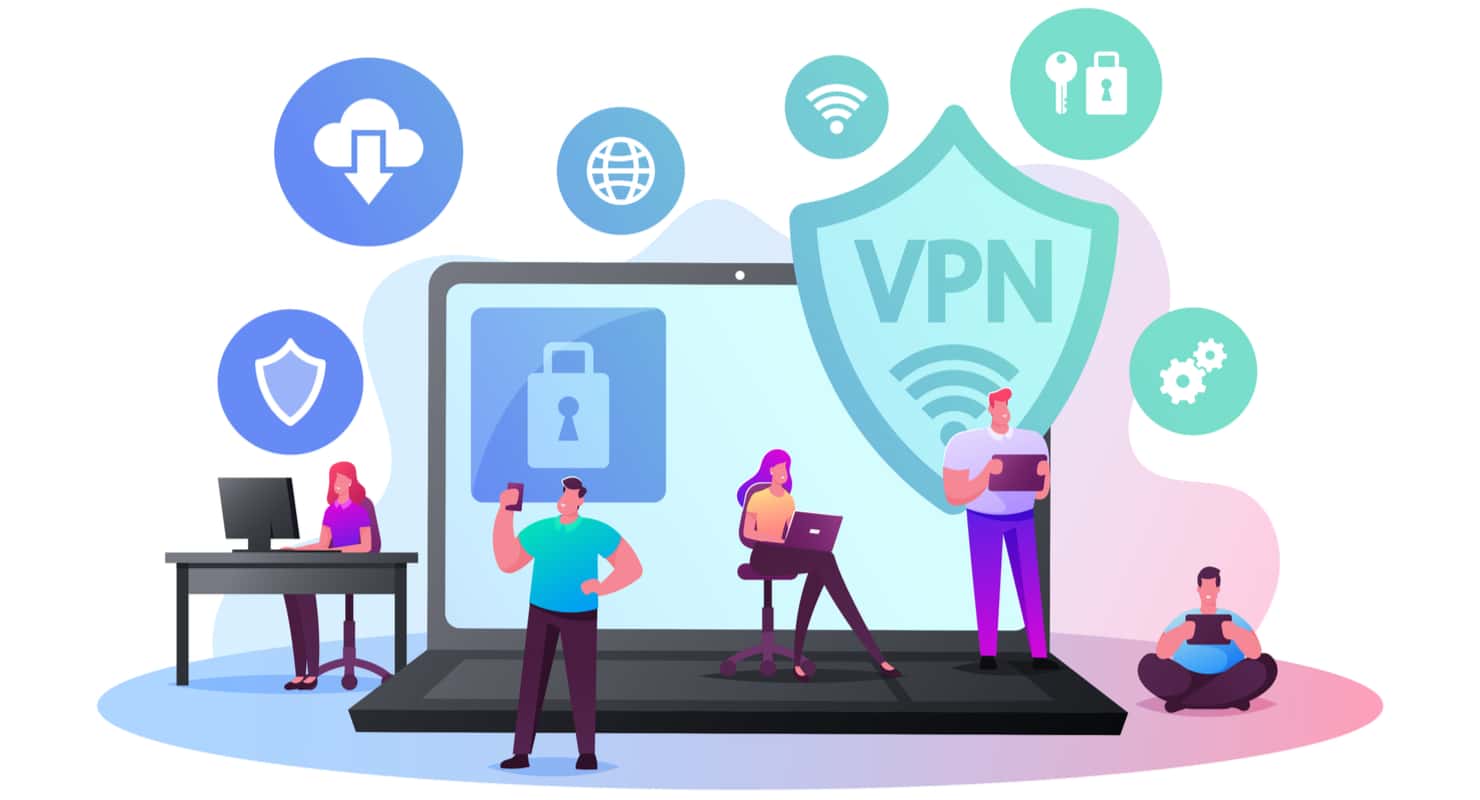 UPDATED 29 March 2021 11:45 GMT to include latest data on VPN demand in Germany and Bangladesh.

Whenever authoritarian regimes around the world try to control the populace by disrupting internet access, people turn to Virtual Private Network (VPN) services in order to circumvent restrictions. These anti-censorship tools are often the only way for people affected by social media blocks to communicate with each other during the upheavals that often accompany such measures.

We routinely monitor fluctuations in global VPN demand as part of our day-to-day work. We will use that data to update this page whenever we identify a significant surge that correlates with social or political events.

Unless noted otherwise, our method for calculating demand increases is to compare the elevated period with the average over the previous 30 days.

Demand for VPN services in Germany soared 173% over the weekend of 27-28 March as fears mount over a potentially devastating third wave of coronavirus spreading through the country. Authorities tightened borders and Angela Merkel’s federal government threatened to seize control from states failing to impose the necessary restrictions to reduce Germany’s increasing infection rate. Previous data has shown that demand for VPN services typically increases as greater social restrictions are imposed.

Authorities in Bangladesh blocked Facebook and Facebook Messenger on March 26 amid protests over a state visit by Indian Prime Minister Narendra Modhi. The social media shutdown prompted a 738% spike in demand for VPN services as Bangladeshis sought to circumvent the attempts to quell protests that have sparked clashes with security forces. At least 10 people died as Islamist groups protested Modhi’s treatment of Muslims in India.

Demand for VPN services in Hong Kong increased 245% on March 11, the same day that the Chinese legislature approved a resolution tightening control over the city’s electoral system. The new laws ensure that only people deemed “patriots” by a pro-Beijing panel can be elected.

VPN demand had already increased by 27% on March 10, compared to the 30 days prior, before the surge on the day of the vote, which was almost three-and-a-half times the average of the previous 30 days.

Facebook, YouTube, WhatsApp and Telegram were shut down in Senegal after protests against the arrest of opposition leader Ousmane Sonko turned violent. One person was killed in the clashes with police on March 4. VPN demand surged by over 1,000% that day compared to the prior seven-day average. As of March 5, demand has now risen by over 4,200% compared to the same prior period.

Demand for VPN services skyrocketed in Myanmar after the nation’s military blocked access to Facebook in the wake of their coup. This social media shutdown has been imposed to “maintain stability”.

Facebook is hugely popular in Myanmar and is being used to coordinate opposition to the coup that took place on Feb 2. Elected leader Aung San Suu Kyi was overthrown and arrested during the military takeover and her whereabouts remain unknown.

In the week following the Facebook ban, the ruling junta also proposed new cybersecurity laws that would allow it to censor any content it didn’t like. During this period, VPN demand remained significantly elevated at 1,419% higher than the average during the week leading up to the Feb 4 ban.

Two months on from the coup, with rolling internet restrictions and a death toll in excess of 500, demand for VPN remains elevated compared to before the military takeover. On March 29, demand was 184% higher than the baseline prior to restrictions starting.

Note: VPN demand increased sharply over the course of Feb 4 and we updated the page several times to track it. At 10am GMT demand had increased by 4,300% compared to the average of the seven days prior. By the end of the day it was up by 7,200%.

Ugandan authorities restored internet access on Jan 18 following a five-day blackout around the nation’s election but social media remained blocked. VPN demand surged 1,015% over next four days following an initial peak of 1,343% on the first day of the social media shutdown.

The defeated opposition claimed that the shutdown had been imposed to prevent them from sharing evidence of fraud after President Yoweri Museveni won an unprecedented sixth consecutive term.

Twitter, Instagram and WhatsApp were blocked via Vodacom, Airtel, Tigo, Halotel and Zantel in Tanzania on the eve of presidential and national assembly elections.

A partial internet shutdown was also brought in across Tanzania on the eve of presidential and national assembly elections, affecting all telecom providers.

An internet blackout impacted Orange network users ahead of Guinea’s presidential election result, with connectivity at only 9% of ordinary levels.

Protests against policy brutality, specifically the Special Anti-Robbery Squad (SARS), in Nigeria caused a rise in VPN demand as protestors feared an internet shutdown and prepared for the worst.

Protests claiming that the previous day’s election had been rigged led the Kyrgyzstan government to enact a partial internet blackout on the 5th October. The blackout reduced internet connectivity to 0.85%.

VPN demand increased 650% over August compared to the previous month following the 9 August election. Internet disruptions were implemented as part of a brutal crackdown on extended protests against President Alexander Lukashenko, accused of rigging the results of the election.

Ethiopian authorities cut internet access as part of their crackdown on the protests against the killing of popular singer Haacaaluu Hundeessaa. Demand for VPNs increased by 740% over the 23-day disruption.

This massive surge in VPN demand was prompted by the shutdown of access to all social media platforms and messaging apps on election day in Burundi.

There were claims of vote rigging during the campaign and reports of voting irregularities such as the arrest of opposition party members and some ruling party members voting multiple times.

The day after an initial short internet blackout on March 20, Orange and MTN networks blocked Facebook, WhatsApp, Instagram and Twitter for 36 hours while votes were cast during a controversial referendum in Guinea. VPN demand spiked 1,257% during this time.

Demand for VPN increased by 43% after authorities ordered mobile internet services to be shut down. This was ordered due to a land dispute between villagers of Kamjong and Chassad on the basis that it would prevent the misuse of social media to spread hate.

After the longest internet shutdown ever imposed in a democracy was lifted in March, relief was short-lived in Kashmir. Internet access remains nominal, as speeds were immediately severely throttled to 2G levels. VPN demand surged by 44% over the first four days of the new restrictions.

Authorities claimed restrictions were “absolutely necessary in the interest of Indian sovereignty” but stand accused of trying to subjugate the region.

The restrictions were imposed after a meeting on citizenship law and inner line permit (ILP) in the East Khasi Hills resulted in violence between KSU members and non-tribals, and one person was killed.

On election day in Togo, access to Facebook and WhatsApp via Togo Telecom was cut from around 17:00. The country’s media claimed the block was politically motivated. VPN demand spiked 342% as a result.

This week-long internet blackout arose from the long-running conflict in the region between Houthi rebels and a Saudi-led coalition government. While the exact cause for the outage remains disputed, VPN demand surged by 175% during the disruption.

VPN demand increased 238% month-on-month in March. This surge came amid internet disruptions in Chin and Rakhine states dating back to 2019 that didn’t end until August the following year. Authorities in Myanmar claim the blackout was necessary to restore order and protect national security in conflict zones. Access Now suggest it was done to cover up human rights abuses in these regions.

The Importance of VPNs

With more countries adopting internet monitoring and filtering tools to restrict free communication and access to information, VPNs have become key tools in the fight against online surveillance and censorship.

The advanced obfuscation tools employed can overcome the most aggressive web content blocks, especially in countries like China and Turkey.

Not every VPN is safe to use or effective at circumventing web censors. It’s therefore vital to use a VPN that’s verified to beat censorship.

Using our global monitoring data, we continuously analyze daily VPN search volume by country. Where we identify step changes in demand compared to previous weeks that correlate with socio-political events in a particular region, we add the statistics to this page.

To calculate the increase in demand, we typically compare the average daily search volume during the period of elevated demand with the daily average for the thirty days prior.

Where this is not possible or not the most useful comparison, we calculate the delta from the previous seven-day period or look at month-over-month statistics. This is indicated in the relevant entry where appropriate.