Mullvad doesn't work well with Netflix. We tested all 13 American servers and only the San Jose location works with US Netflix, although inconsistently. Mullvad doesn't unblock any non-US Netflix region, which is why we don't recommend it for Netflix, and streaming in general. 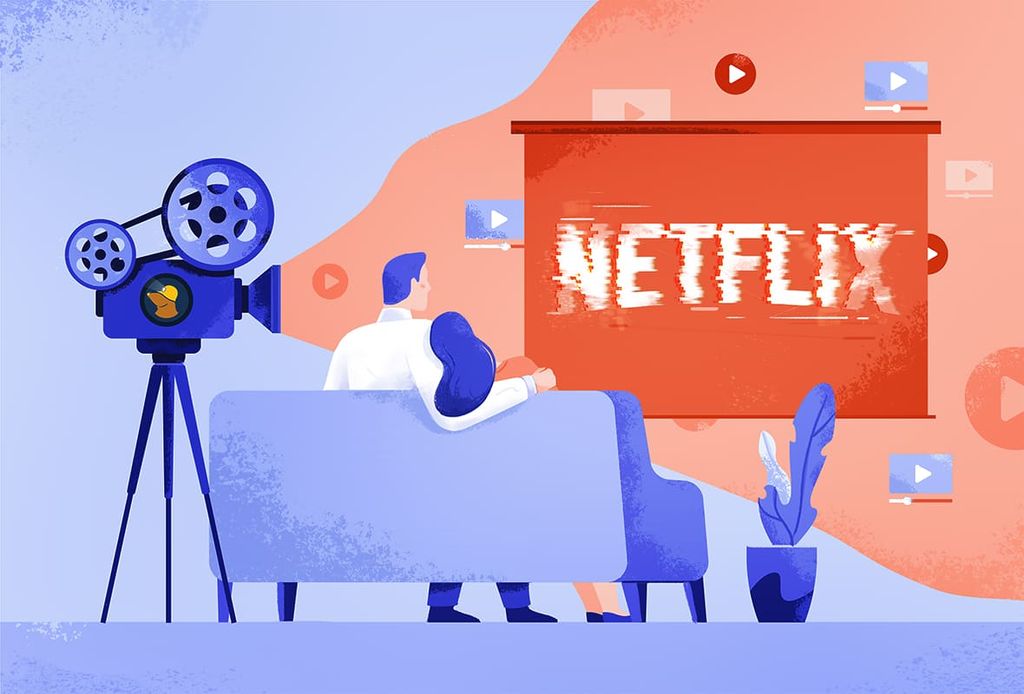 WARNING: Mullvad VPN no longer unblocks US Netflix reliably. ExpressVPN is far more reliable and it unblocks 10 Netflix regions, including USA, UK, and Canada. Try ExpressVPN for free for 30 days.

A high-quality VPN for Netflix lets you use your Netflix subscription to watch up to 6,000 ‘extra’ movies and TV shows. This is because Netflix restricts certain videos to specific geographic regions.

A streaming VPN changes your IP address and spoofs your location to make Netflix think you’re located in a different country. You can then stream content usually unavailable in your region.

Unsurprisingly, Netflix works hard to ban the use of VPNs and proxy servers. Only the very best VPN services can still bypass Netflix’s geo-restrictions.

We tested Mullvad VPN to see how well it works with Netflix US. In this guide, we reveal the findings from our latest Mullvad VPN streaming tests.

We’ll also explain what to do if Mullvad isn’t working with Netflix, and introduce streaming VPN alternatives.

Tested: Mullvad Does Not Work Well with Netflix US

In the video below, view us testing Mullvad with US Netflix. As you’ll see, we tested each of Mullvad’s 13 US server locations and found that only the server in San Jose currently works with Netflix.

These results are significantly worse than we’ve seen in previous tests. To us, it indicates that unblocking Netflix is not a priority for Mullvad.

Other major VPN services, such as ExpressVPN and NordVPN, openly and actively support Netflix users by providing resources on their websites explaining how best to access the service.

By contrast, Mullvad makes no mention of Netflix or any other streaming service on its website. Nor does it offer any streaming-optimized servers, like CyberGhost and PrivateVPN do.

For the time being, the VPN unblocks US Netflix in one of its server locations. But it seems as though it’s only a matter of time before Netflix manages to block these servers too.

Given that streaming does not appear to be a priority for Mullvad, we can’t recommend it as a reliable VPN for Netflix.

In the rest of this section, we’ll take a more detailed look at using Mullvad for Netflix. Alternatively, you can check out some more reliable VPN alternatives or read our full Mullvad review. 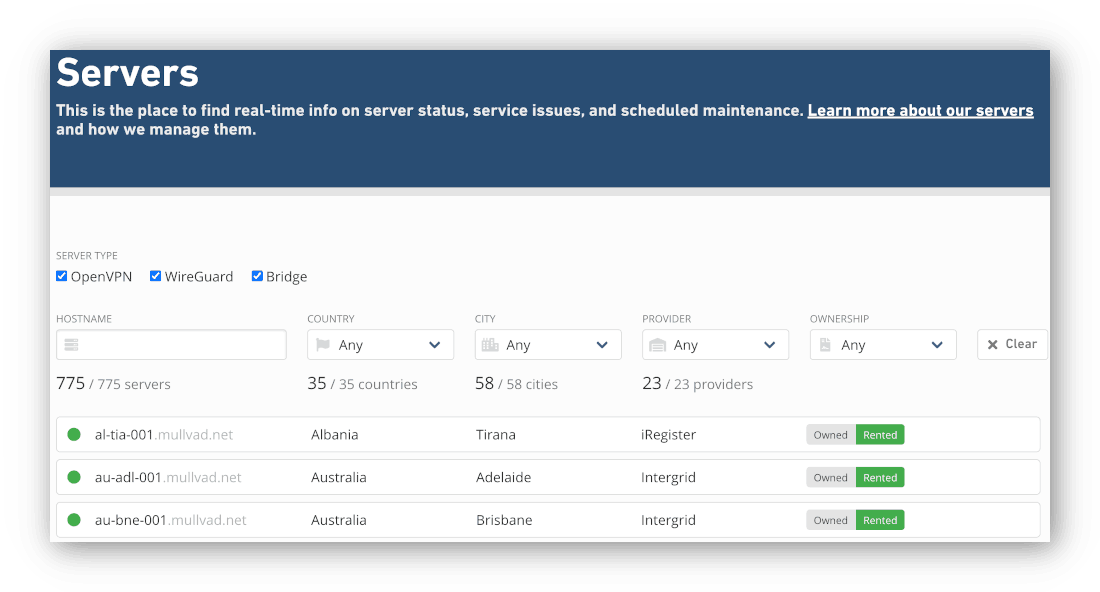 Generally, Netflix blocks VPN users from accessing its service by identifying and blacklisting IP addresses that belong to VPN servers. It’s therefore important for VPN services to have large server networks, with thousands of different IP addresses, in order to reliably unblock Netflix.

Mullvad’s small network makes it much easier for Netflix to detect and block each and every one of its servers, making it an unreliable service for streaming Netflix.

Mullvad is one of the fastest VPNs around. If the service ever does start working reliably with Netflix, you can expect consistently quick speeds, full HD streaming, and minimal buffering.

In our most recent tests, we recorded an average speed loss of just 4%, with download speeds dropping from 100Mbps to 96Mbps on local, UK-to-UK connections.

Our download speeds dropped about 27% when connecting to the US to unblock the American Netflix library. This sounds like a lot, but it is still more than fast enough for high-quality streaming. Here are the minimum speeds that Netflix recommends:

EXPERT TIP: Use the WireGuard VPN protocol to access Mullvad VPN’s quickest speeds. You can read more about this in our guide to the fastest VPNs.

In short, Mullvad is simply not a good choice for streaming. It doesn’t work reliably with Netflix, Hulu, or BBC iPlayer.

NOTE: We’ve had some recent success unblocking HBO Go with Mullvad, but given the company’s seeming lack of interest in supporting streaming, we wouldn’t expect this to last for too much longer.

What Other Important Features Does Mullvad Offer?

While the VPN isn’t a good choice for Netflix users, it’s an excellent VPN in many other respects. Mullvad is great for torrenting safely and is one of the most private and secure VPNs we’ve ever tested.

Mullvad has an impressive no-logging policy that has been independently verified through a third-party audit. It also doesn’t require any personal information when you sign up, which is a great feature for privacy-conscious users.

The VPN comes with all the essential privacy and security controls, including AES-256 encryption, DNS and IPV6 leak blocking, and an automatic VPN kill switch. Users can also choose between two popular VPN protocols: OpenVPN and WireGuard.

Finally, Mullvad offers apps for all major desktop operating systems, including Windows, Linux, and macOS. It has a mobile app for iOS devices, but its Android app is stillonly available in beta.

For a more extensive overview, read our expert’s review of Mullvad.

Mullvad is not a good VPN for unblocking Netflix. It’s a great service for torrenting and it delivers very fast connection speeds, but Mullvad is simply not designed to work reliably with streaming platforms, like Netflix.

Mullvad Not Working with Netflix? Three Workarounds to Try

When you visit Netflix while connected to Mullvad VPN, you’re likely to encounter the Netflix proxy error m7111-5059.

The Netflix proxy error means the streaming platform has blacklisted your VPN server’s IP address, which is why your VPN isn’t working.

Here are a few workarounds you can try to help bypass this error:

Here are the three best VPN services for unblocking Netflix libraries around the world, and how they compare with Mullvad VPN:

*Mullvad currently only unblocks US Netflix with its San Jose server.

ExpressVPN is the best VPN for streaming Netflix. It’s even the top-performing VPN service for 2022.

In our ExpressVPN review, we recorded impressive international speeds ideal for buffer-free streaming.

The VPN comes with an impressive suite of security and privacy features and, it’s compatible with most devices, including game consoles and smart TVs.

Most importantly, ExpressVPN consistently unblocks 10 Netflix regions, including those in the US, the UK, Germany, and Japan.

The VPN offers native apps for the Amazon Fire TV stick and smart TVs, too, so you can easily stream Netflix on your TV.

Windscribe also has a free tier, and it’s the only truly free VPN that works with Netflix.

However, Windscribe Free’s 10GB data cap only lets you stream roughly four hours of TV shows and movies each month.

NordVPN is another great Netflix VPN. It unblocks fewer Netflix libraries than Windscribe, but it’s still very effective for streaming.

Currently, NordVPN can stream 11 Netflix regions through its computer and mobile software.

While it’s not as fast connecting from overseas into the US, NordVPN is cheaper than ExpressVPN on a multi-year subscription.

If you’re mainly after a VPN for streaming, we don’t recommend Mullvad. Although it currently unblocks the US Netflix library in one of its server locations, we don’t foresee this being the case for too much longer.

For a VPN that works more reliably with Netflix, we recommend choosing either ExpressVPN, Windscribe, or NordVPN.

That said, Mullvad certainly has its strengths. It’s one of the fastest, most secure, and most anonymous VPNs we’ve tested. It offers an impressive array of security features, including top-tier encryption, a kill switch, and leak blocking.

If security and privacy are your main concerns, Mullvad is a great VPN – just don’t rely on it for unblocking Netflix.