Norton Secure VPN works with Netflix USA, but not with other regions. The VPN service has a very limited server network, and unblocking Netflix is not a priority for the VPN company. In short, there are far better VPNs for Netflix than Norton Secure. 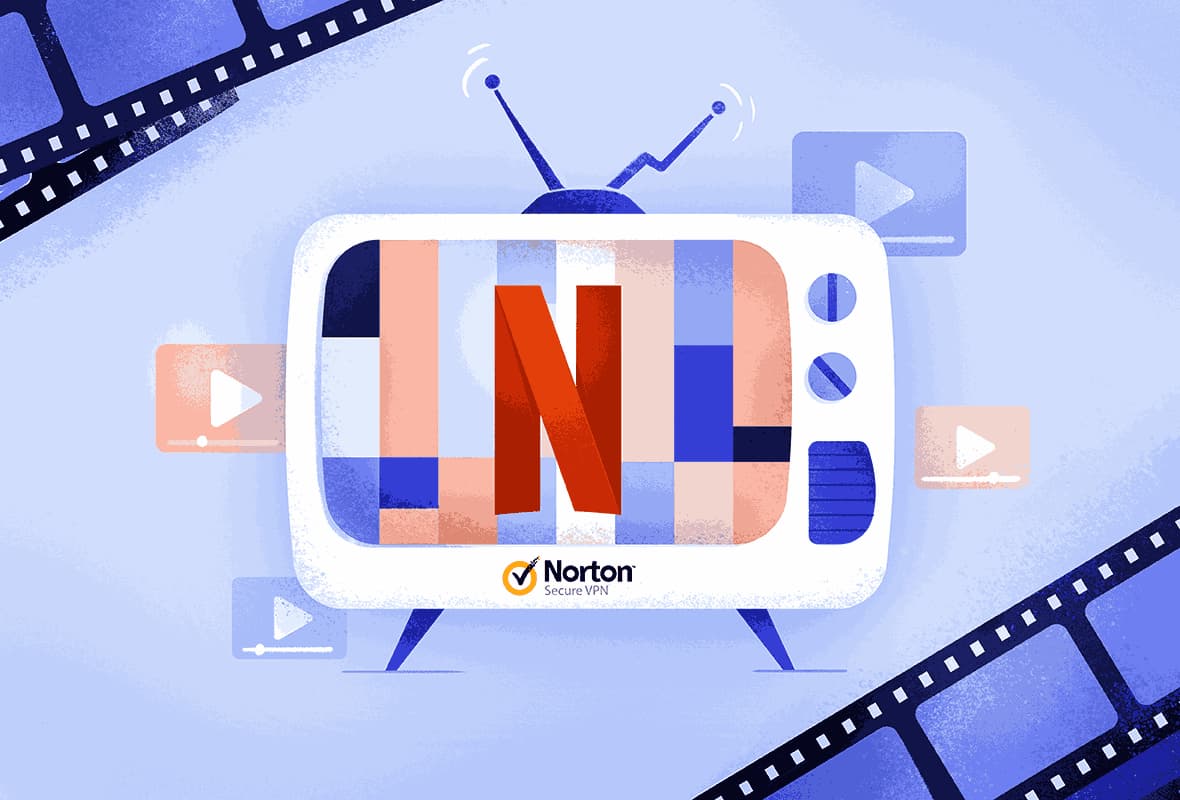 Netflix is available in 190 countries and territories. However, what’s available depends on where you’re accessing the internet from.

The best way to unlock international Netflix regions is to use a VPN. A VPN changes your IP address to one from a country of your choice.

Sadly, Netflix blocks many VPNs and proxy services from accessing region-restricted content, to enforce the licensing agreements with content owners.

This VPN ban means that only the best VPNs, like ExpressVPN and Surfshark, can beat Netflix’s geo-restrictions.

We put Norton Secure VPN through our extensive streaming testing process, and we can confirm its US servers still unblock American Netflix.

However, Norton VPN’s Netflix access isn’t very reliable, and it doesn’t work with other Netflix regions. There are far better VPNs optimized for streaming Netflix.

Keep reading this guide to learn everything you need to know about using Norton VPN with Netflix.

EXPERT ADVICE: The best Netflix VPN is ExpressVPN. It streams 10 Netflix regions, including the US, UK, and French libraries. Try ExpressVPN risk-free for 30 days, or read why it’s better than Norton VPN.

Norton Secure VPN still unblocks Netflix US, which is the most popular Netflix library.

The VPN service delivers good connection speeds and is one of the cheaper VPNs on the market.

That said, we don’t recommend Norton VPN for streaming. Norton even states on its website that unblocking streaming services is not one of its priorities.

While some VPNs create dedicated resources to help get around Netflix blocks, Norton shows little desire to keep its service working. Instead, it encourages you to use split tunneling to avoid using the VPN for streaming activity.

Norton Secure VPN is not a reliable choice for unblocking Netflix

Netflix is always finding new ways to identify and block VPN access. Norton’s lack of commitment to unblocking streaming platforms, combined with its small server network, makes us doubt it will continue to work with Netflix for much longer.

For the time being, however, Norton VPN does work with Netflix USA.

Below is a detailed look at whether or not Norton Secure VPN is a good VPN for Netflix:

To reliably unblock Netflix, you need a VPN with a large and constantly expanding server network.

Norton offers servers in just 28 countries, with no city-level choice in any of them.

For context, our recommended VPN for Netflix, ExpressVPN, has 3,000 servers in 94 countries and 160 locations. 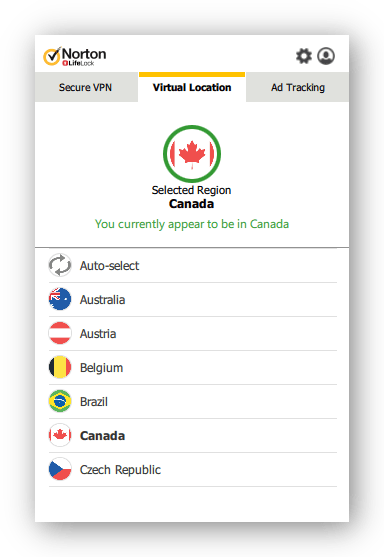 The VPN’s US servers still work with Netflix’s American library, however it’s only a matter of time until Netflix identifies and blocks them.

Norton needs to increase the size of its VPN server network to become a more reliable option for Netflix. However, this seems unlikely given the company’s apparent lack of commitment to streaming.

We also want to see Norton improve the global coverage of its network. Currently, the VPN has servers in many popular locations in North America and Western Europe, but provides very few options in Asia and Oceania.

Moreover, there’s only one server in South America (Brazil) and one in Africa (South Africa). Without a server in these countries, you are unable to access Netflix content exclusive to that region.

Finding a workaround for Netflix’s geographical restrictions is only the first step. You also need a VPN with fast enough speeds for high-quality streaming and minimal buffering.

Using a VPN always comes with a degree of speed loss, because your internet traffic has to make a longer round-trip. However, the speed performance drop is minimal with high-quality VPN.

Norton Secure VPN is very fast on local, same-country connections. In our latest speed tests, we saw a speed loss of only 7%, which is very good.

The VPN is just as impressive on long-distance connections, which are more important for streaming Netflix overseas.

Our connection speed dropped 27%, from 100Mbps to 73Mbps, connecting from the UK to the US.

These speeds are fast enough to stream in Ultra HD, but they may become an issue when downloading videos to watch later or when you’re on a slower connection.

Here’s how Norton Secure VPN compares to some other popular VPNs when connecting from the UK to the US:

You can read more about our speed tests in the full Norton Secure VPN review. Or, read our list of the fastest VPNs in 2023. 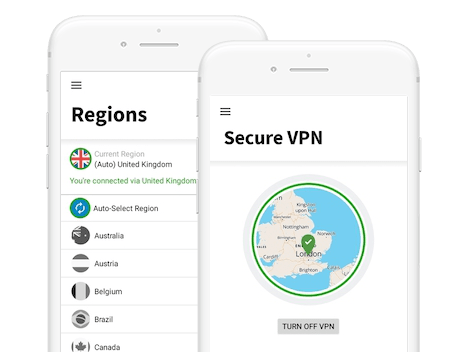 Unfortunately, that’s where support ends. There are no apps for Linux-based systems, game consoles, smart TVs, or Amazon Fire TV Stick. There aren’t any workarounds available to support these platforms either, so you won’t be able to use Norton Secure VPN to stream Netflix on your TV.

The cheapest subscription plan, normally costing $2.50 per month, only allows you to use one device. More expensive plans are available which cover up to five or 10 devices.

Norton Secure VPN is an okay VPN for streaming Netflix US. But there are similarly-priced options with faster international connections speeds, stronger security, and better device-compatibility than Norton Secure.

How to Use Norton Secure VPN with Netflix

If you encounter any issues, such as the Netflix error m7111-5059, check our troubleshooting tips below.

Use ExpressVPN, the best VPN to unblock Netflix. It streams many popular regions, including the US, UK, France and Japan.

Thanks to its 30-day no-questions-asked refund promise, you can use ExpressVPN risk-free.

Norton VPN Not Working with Netflix?

Netflix blocks IP addresses known to belong to VPN servers. It does this to enforce the licensing agreements it has with production studios, which restrict certain shows to specific regions.

The most common Netflix error you’ll encounter with a VPN is the error code m7111-5059 – also known as the Netflix proxy error.

If you’re experiencing the Netflix proxy error, you can try the following workarounds:

Netflix blocks VPNs by identifying and blacklisting the IP address of each server. It’s sometimes the case that some of a service’s servers are blocked while other ones are still able to stream. However, there may be an issue with the VPN itself, therefore it’s important to check if Norton VPN is working before trying to use it with Netflix.

To connect to a new Norton Secure VPN server:

You may have to try this a few times to find a server that isn’t being blocked.

Since Norton doesn’t support streaming through its VPN servers, you’re unlikely to get much help for Netflix error code m7111-5059 from the customer support team.

Sadly, we found Norton’s customer support underwhelming. There aren’t many online troubleshooting resources, the live chat agents are slow to respond, and when they do their general VPN knowledge is disappointing.

NOTE: We regularly review and update the information on this page, but the situation can change very quickly. This is especially true with a VPN service like Norton Secure VPN, due to its relatively small server network.

EXPERT ADVICE: For a faster and unrestricted streaming experience, use ExpressVPN. It unblocks more Netflix regions and on more devices. Try ExpressVPN risk-free for 30 days.

How Does Norton VPN Compare to Other Netflix VPNs?

Norton Secure VPN did work with US Netflix when we tested it, but it’s unreliable and certainly isn’t the best VPN you can use for streaming.

Moreover, Norton has shown a clear disinterest in unblocking Netflix. Essentially, there are much better options available.

Here are some alternative VPN services that are much better for streaming Netflix than Norton Secure VPN:

ExpressVPN: The Best VPN for Netflix

ExpressVPN is not only the best VPN for Netflix, it also tops our overall VPN rankings.

Over many years of regularly testing ExpressVPN, we’ve never had a problem accessing streaming services and watching videos in high-quality with little-to-no buffering.

Although ExpressVPN is more expensive than Norton Secure VPN, we believe it is well worth the money. It works superbly well with Netflix, is significantly faster, and more secure.

Windscribe: Unblocks the Most Netflix Libraries

Windscribe is an excellent choice for streaming. You can use it to unblock 32 Netflix libraries around the world – the most we’ve seen among VPN providers.

Also, the free version of Windscribe is one of the very few free Netflix VPNs that still work. Currently, it unblocks 6 Netflix libraries, although it no longer unblocks the American library.

However, be aware of the 10GB data cap, which will limit your video streaming to around 4 hours each month.

Head over to our complete guide on how to stream Netflix with Windscribe.

Surfshark is a cheap VPN that works extremely well with Netflix.

The VPN unblocks 10 libraries, and has no bandwidth limitations or data caps, and delivers speeds that are on par with other leading VPN providers.

Although Surfshark’s network is of similar size to Norton Secure VPN, it has servers in twice the number of countries.

While none of the VPN servers are specifically optimized for streaming, almost all of them worked with Netflix, as well as other streaming platforms like Disney+, Amazon Prime Video, and BBC iPlayer.

Read our in-depth guide on using Surfshark for Netflix.