Using a VPN is completely legal in the USA, Canada, UK, and the majority of the World. VPNs are only illegal if you live in Belarus, Iraq, North Korea or Turkmenistan. However, countries like China and Russia have laws that restrict VPN use in certain ways. 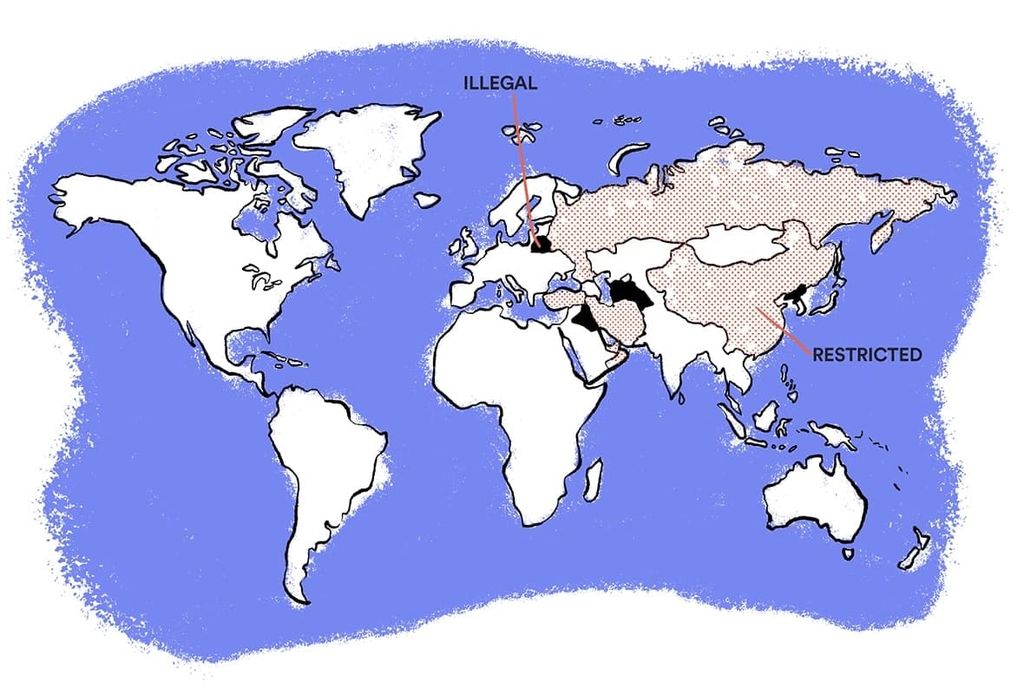 Virtual private networks (VPNs) are legitimate tools used to protect your privacy and security on the internet.

VPNs are legal to use in most countries, however in this guide we’ll detail in which nations VPNs are legal, and where they’re illegal.

In addition, we’ll examine VPN laws in the 10 countries where VPN use is restricted.

We investigated the VPN laws of 190+ countries to understand where VPNs are legal. We found that:

Using a VPN is legal in most of the world, however your activity while using the VPN is still subject to the laws of the country you’re located in.

Using a VPN can also breach the terms of service of websites and applications you unblock from abroad. For instance, while it isn’t against the law to use a VPN with Netflix, it could violate their Terms of Use.

DISCLAIMER: While this guide has been thoroughly researched, we are not legal professionals. If you wish to clarify VPN legality or the specific laws of any country, seek professional legal advice.

Where Are VPNs Legal? 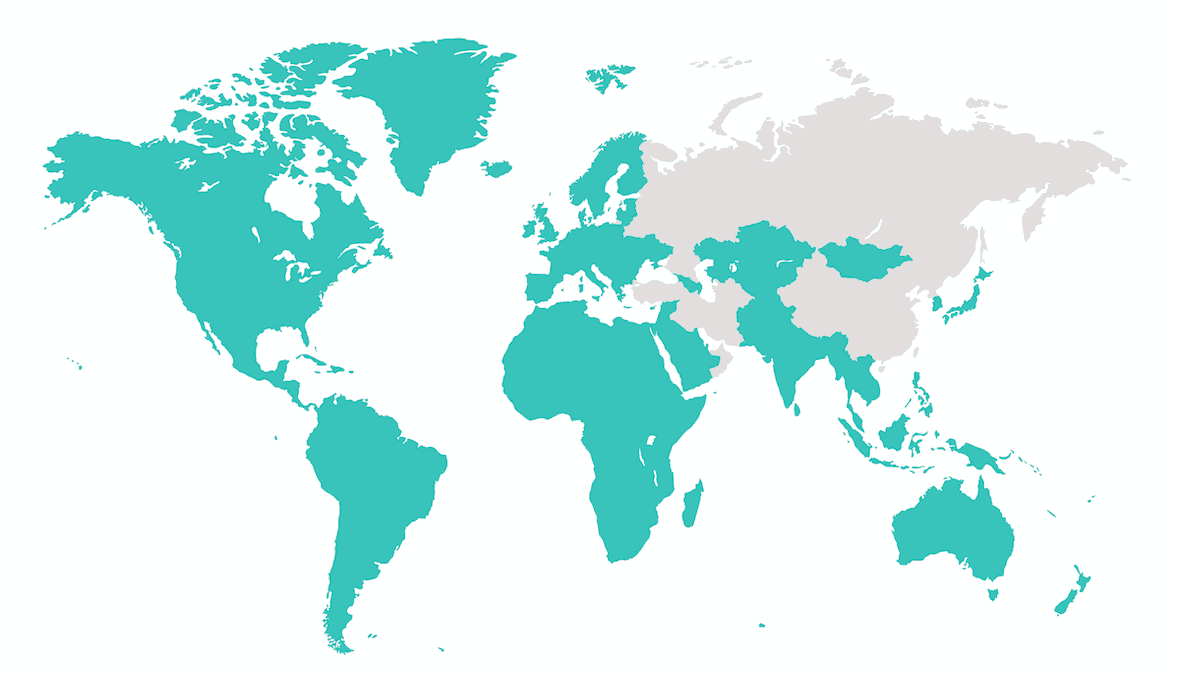 VPN services are legal in almost every country in the world, including the USA, UK, Canada, Australia, New Zealand, and most of Europe.

In other words, illegal online activity is still illegal when you’re using a VPN, regardless of the server you’re connected to.

VPN services can still provide servers (and IP addresses) in countries where VPNs are illegal or restricted. ExpressVPN, for example, let’s users connect to VPN servers in Belarus and Turkey. 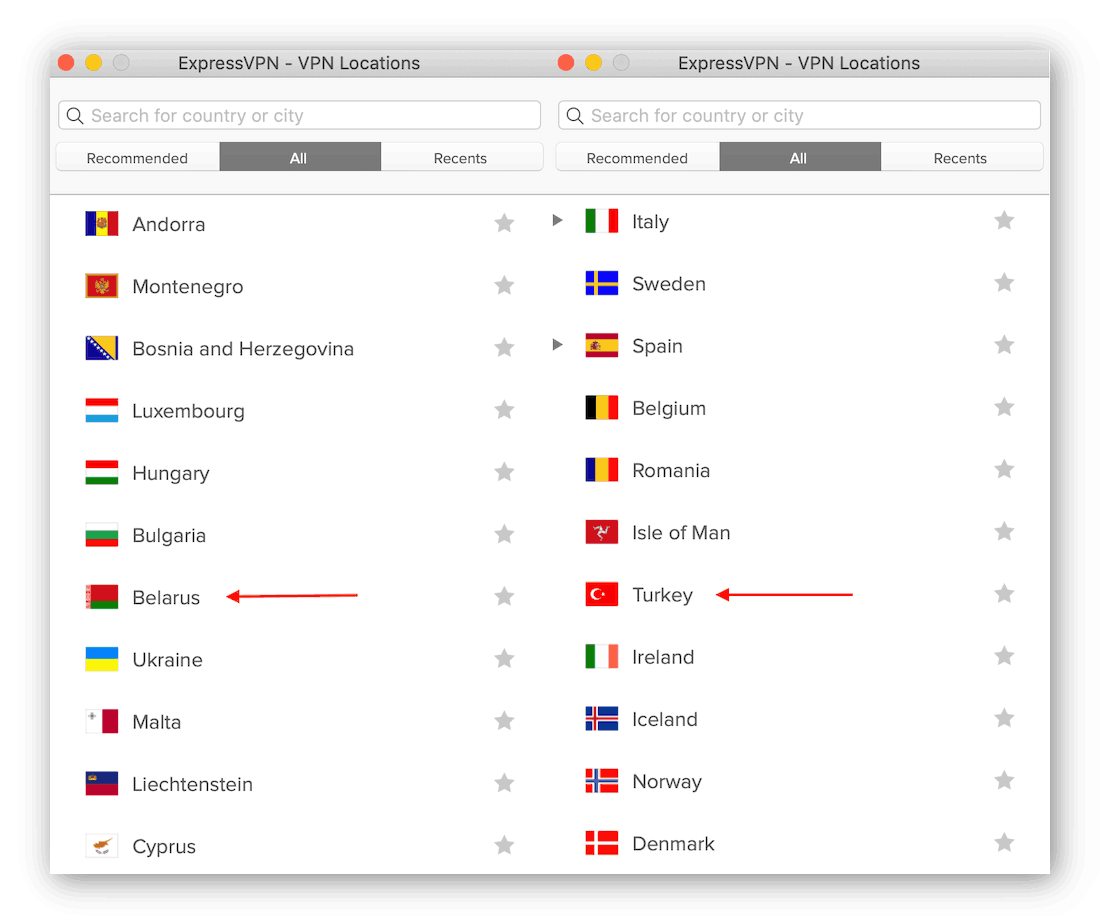 ExpressVPN offers servers in Belarus and Turkey, where VPNs are either illegal or restricted.

Using these VPN servers is perfectly legal as long as you’re not physically located in one of the 10 countries mentioned above.

This is because VPN services sometimes use virtual server locations. These servers are not actually located in the country they’re labeled with.

For instance, ExpressVPN’s Belarus and Turkey servers are both physically located in the Netherlands, where VPNs are legal.

Once you’ve determined that VPNs are legal in your country, you need to consider other factors that may impact your online safety.

These factors include your VPN service’s jurisdiction, logging policy, and security features. Your country’s torrenting laws and stance on digital rights is also important, even if VPN use is legal.

You should choose a verified no-logs VPN that’s been proven to not store any activity or connection logs.

Where Are VPNs Illegal or Restricted?

VPNs are illegal in Belarus, Iraq, North Korea and Turkmenistan. The use of VPN services is heavily restricted in China, Iran, Oman, Russia, Turkey, and the UAE.

The countries in the table below are labeled according to the severity of their VPN laws and restrictions. ‘Extensive’ is the strictest level of restriction, followed by ‘moderate’ and ‘minor.’

A table summarizing VPN laws in the 10 most restricted countries.

Here is a more detailed list of VPN laws in the 10 countries where VPNs are either illegal or restricted:

VPNs are illegal in Belarus.

Belarus bans VPNs as it sees them as a method to undermine the law. In February 2015, the country’s Communications Ministry ruled against the use of anonymizers like VPNs.

Tor, which enables anonymous communications and access to the Dark Web, has also been blocked in Belarus since 2016.

It’s still unclear whether the government can actually contain the expanding VPN market. For the moment, there is an unspecified fine for anyone caught using a VPN in Belarus.

Only government-approved VPNs are legal in China.

VPNs are technically legal in China. However, all VPN services have to gain approval from the Chinese Communist Party (CCP) before they are allowed to operate in the country.

This often involves agreeing to conditions such as data logging, which makes the VPN pointless from a privacy perspective.

While there are suggestions that China might soon open up the VPN industry to foreign investment, using a VPN ‘without authorization’ can currently result in fines of up to 15,000 yuan (roughly $2,200).

Despite this, many people still wish to use a VPN in China. If this applies to you, read our article on the best VPNs for China, since most VPN apps will not work. 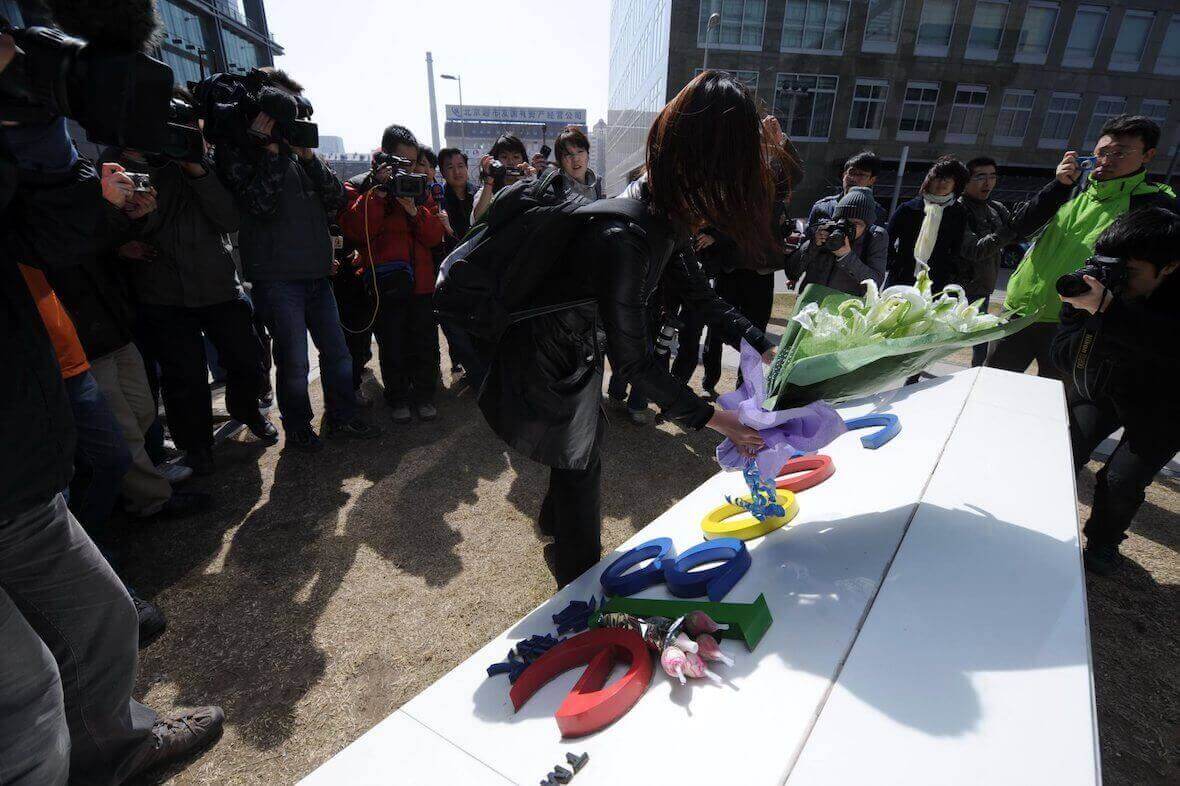 China, 2010. Google closes its site in the country following disputes over censorship with the government. Credit: Wenn Rights/Alamy

Only government-approved VPNs are legal in Iran.

The penalty for using a VPN that isn’t sanctioned by the Iranian government is up to one year in prison.

VPNs are illegal in Iraq.

VPNs have been banned in Iraq since 2014. The government claims this ban is to keep terrorist organizations from influencing the public via social media.

Iraqi government officials still use VPNs, despite there officially being ‘no exceptions’ to the rule.

VPNs are illegal in North Korea.

North Koreans aren’t allowed to access foreign media, so it’s not surprising that VPNs are illegal.

The penalty for VPN use is unknown as North Korea is so secretive.

The country’s internet is also heavily censored, and foreign diplomats are prohibited from using it.

Only VPNs permitted by the Sultanate are legal in Oman.

Since 2010, Oman has banned all VPNs except those permitted by the Sultanate. These exceptions only apply to corporate VPN services, which have to apply for authorization.

Personal VPN use is illegal in Oman to prevent citizens from bypassing censorship. Attempting to circumvent these laws is punishable with a fine of $1,300.

Only government-approved VPNs are legal in Russia.

If you’re traveling to Russia and need to use a VPN, we recommend you see our recommendations for the best VPNs for Russia. 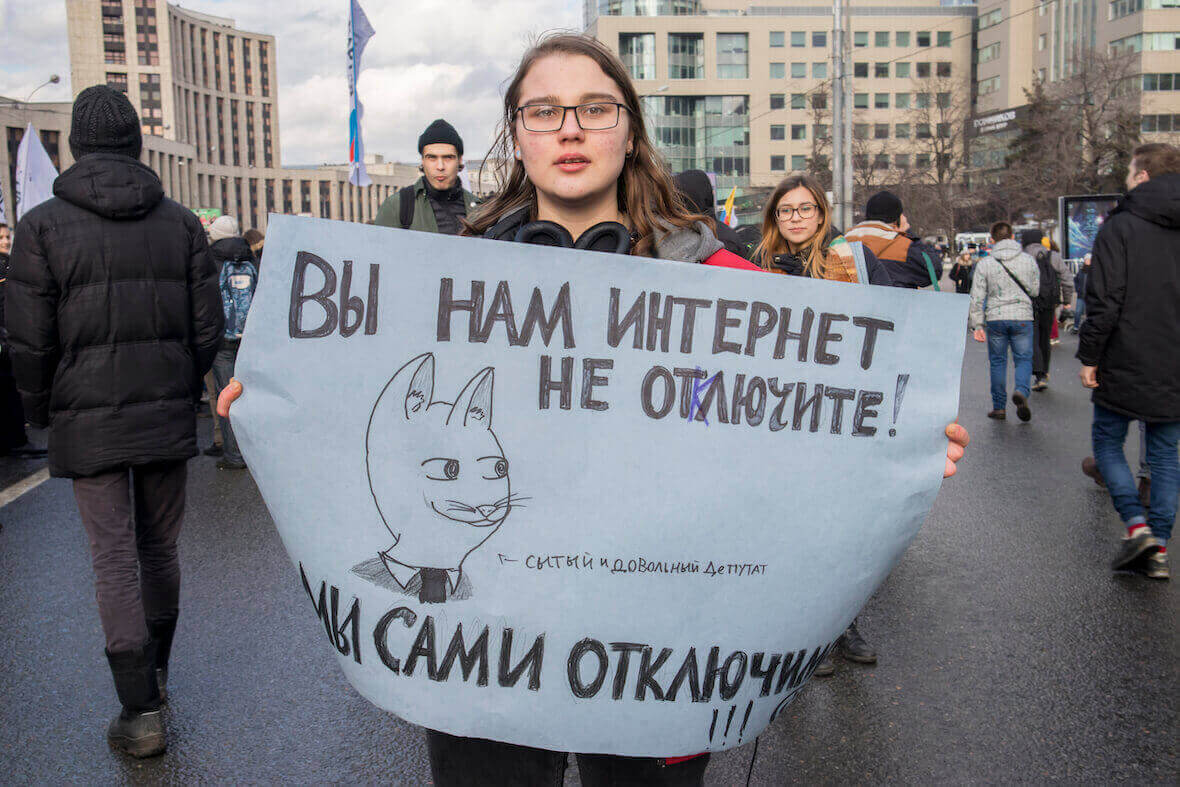 VPNs are legal in Turkey, but their use is restricted.

The Turkish government have been restricting VPN use since 2016, justifying the crackdown as necessary to protect national security and to ‘fight terrorism’.

10 VPN providers were blocked in Turkey in 2016, alongside the Tor Network. As watchdogs in Turkey have noted, it is often people critical of the government who end up being penalized and censored by authorities.

If you need a VPN before visiting, see which VPNs still work in Turkey. 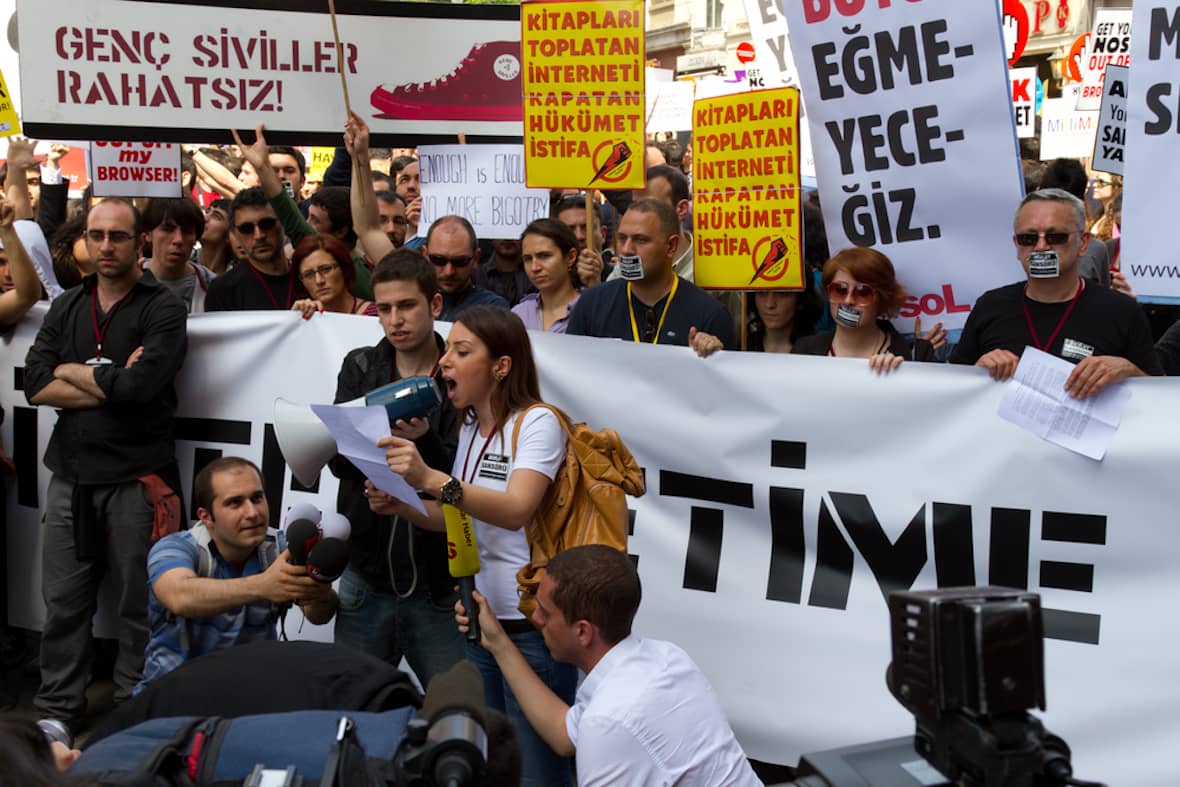 VPNs are illegal in Turkmenistan.

Turkmenistan banned VPNs in 2015 to censor foreign media. All proxies and VPN services are detected and blocked by Turkmenistan’s state-run ISP, Turkmenet.

Turkmenistan’s internet is deliberately overpriced to discourage people from using it. A monthly subscription costs $213 for 8Kbps — more than the country’s average monthly salary.

Using a VPN in Turkmenistan can bring an unspecified fine and an intimidating summons from the Ministry of National Security to have a “preventative conversation”.

Only government-approved VPNs are legal in the UAE.

The United Arab Emirates only permits the use of government-approved VPNs. This was enforced in 2012, during the Arab Spring.

Banning unapproved VPNs was done to discourage the use of VoIP services like Skype, WhatsApp, and Facebook.

The blocking of VoIP services in the UAE was for both economic and political reasons. It aims to encourage local residents to pay the (expensive) subscription fee for local telecom services, Etislat and Du.

Corporate entities, however, are able to use VPNs unrestricted.

If you’re in need of a VPN before traveling to the UAE, see our list of recommended VPNs for the UAE.

While using a VPN is technically legal throughout all of India, there have been instances of VPN ‘blocking’ in the northern region of Kashmir and Jammu.

In August 2019, the Indian government began restricting internet use in Kashmir. It began with a complete communications blackout, which was followed by a “whitelist” of a small number of websites. Many residents turned to VPNs to help bypass these website blocks

Anyone suspected of using a VPN to spread secessionist ideals is being called in for questioning. There are reported cases of soldiers forcefully searching people’s phones for VPN apps. If found, they have deleted the app, confiscated the phone, or even beat the owner.

According to Indian law, it is still perfectly legal to use a VPN in Kashmir. Most ‘offenders’ are being booked for “misuse of social media” rather than for using a VPN.

With that said, we would advise extreme caution when it comes to using a VPN in Kashmir. It is not worth taking the risk whilst authorities continue to work on the assumption that anyone using a VPN is committing a crime.

The Pakistan Telecommunications Authority (PTA) originally set a deadline of June 30th 2020 for citizens to register their VPN connections with the government. After this date, any unregistered VPNs were supposed to be blocked.

This deadline was then postponed until 31st July 2020, and then again to 30th September, “in order to facilitate businesses & the public”.

According to the PTA, the law is in line with regulations which state that “any mode of communication that becomes hidden or encrypted” requires appropriate registration.

It is unclear what the consequences of using an unregistered VPN in Pakistan will be. However, the PTA has stated in a press release that “action will be taken only against unauthorized VPNs for terminating illegal traffic which causes loss to the national exchequer.”

Pakistani authorities have previously blocked popular websites such as YouTube, Facebook, and Wikipedia. Connections to platforms such as Twitter, Periscope, and Zoom have also been throttled in the past.

It remains to be seen how strictly commercial VPN users will be targeted after the ruling is enforced, but we advise caution. We’ll be monitoring the situation and will update this page when there are developments.

UPDATE: As of December 2022, there has been little word from the PTA regarding the VPN ban. Currently, it seems to apply only to businesses and not to individuals.

We discovered 17 countries where VPNs are legal but there are other significant laws restricting digital freedoms. This often includes surveillance, censorship, and content blocking.

The table below summarizes the laws in countries with notable internet restrictions, such as online surveillance and censorship.

Each country is labeled based on the degree of restrictions. ‘Extensive’ is the most severe, followed by ‘moderate’ and ‘minor.’

A summary of VPN laws and digital rights in 17 notable countries.